We make the trip to the South Coast this evening in the Second Round of the Carabao Cup. Southampton are our opponents with a tie against West Bromwich Albion or Harrogate Town the prize for the victors. Check out all the pre-match build-up below.

Southampton began their Premier League campaign on Saturday with a 1-0 defeat away at Crystal Palace. Wilfried Zaha netted the only goal at Selhurst Park after 13 minutes to inflict an opening day defeat on Ralph Hasenhüttl's side.

The Saints ended last season in 11th, helped in no small part by a seven-game unbeaten run post lockdown. That series of results included a victory over Manchester City and draws against Everton and Manchester United.

Danny Ings (pictured above) was Saints leading scorer last term with 25 goals in all competitions. He was the only Southampton player to find the net more than five times, form which earned his an England recall last month.

Ralph Hasenhüttl took the top job at St Mary's in December 2018 after two successful years with Red Bull Leipzig. Prior to his spell with RB, which included a second-place Bundesliga finish during their first campaign back in the top flight, he earned promotions from the German third tier with VfR Aalen and second tier with FC Ingolstadt 04. He led Saints away from the drop zone during his first months in charge, finishing 16th, and last year guided them to their best points total in four years, winning the Premier League Manager of the Month award for July.

Hasenhüttl's playing career took him from his native Austria to Germany, via Belgium. He won three consecutive Austrian Bundesliga titles, and two Austrian Cups, in the early 1990s with Austria Wien. The striker moved to Austria Salzburg in 1994, where he won another Bundesliga title as well as an Austrian Super Cup. In 1996, Hasenhüttl moved abroad, with spells at Mechelen and Lierse in Belgium before signing for 1. FC Köln in 1998. His two years at Köln brought just three goals as he finished his career with SpVgg Greuther Fürth and Bayern Munich II. Hasenhüttl played eight times for the Austria national team, scoring three goals.

Mads Roerslev will be absent with a foot injury while Mathias Jensen limped off early on Saturday with a similar issue. David Raya, however, returned to training on Monday following a knee issue.

Saints are expected to name a strong line-up tonight as they build-up to this weekend's Premier League game at home to Tottenham Hotspur. Influential midfielder Stuart Armstrong is likely to miss out after picking up an injury on Scotland duty.

⚖ John Brooks will be the man in charge tonight

The only way to watch The Bees against Southampton tonight is at carabaocup.live. Buy your Match Pass and watch the game as we take on Ralph Hasenhüttl’s side in the Carabao Cup

Brentford reached the Third Round of the Carabao Cup by beating Premier League Southampton on their own turf. The Bees scored two goals late in a first half they probably shaded and then defended superbly after the break to see the game home. Christian Nørgaard headed home the first before Josh Dasilva added a second in stoppage time at the end of the opening 45 and there was no way back for the hosts.

Brentford’s win was put in to context as Southampton started with ten of the XI that began their Premier League game against Crystal Palace on Saturday. The Bees, on the other hand, could only bring a 16-man squad to the game and only one goalkeeper due to many players self-isolating after a positive Covid-19 test from a player involved in a Brentford B match earlier this week. There was plenty of defending for The Bees to do but they did it superbly and earned their win.

Brentford made a bright start to the contest. They were happy to play the ball in behind a Southampton defence that wanted to keep a high line and force them back. The Bees had the territorial advantage early on, won set pieces and looked to exploit them. Southampton defended well and prevented a really good chance in that opening ten minutes.

Bryan Mbeumo curled a free kick in to a defensive wall from 25 yards before a series of long throw ins from Mads Bech Sørensen posed difficulty. One almost reached Marcus Forss on the full at the far post and another was flicked on by Charlie Goode towards the same area, but the home defence scrambled it away. The Bees had control of the game in that spell and Southampton were forced to alter their plans.

Home goalkeeper Alex McCarthy wanted to play on the edge of his penalty area. He was caught out once when challenging Tariqe Fosu and was booked for the strength of his attempt to win the ball. When he rushed out again soon after, his clearance only found Mbeumo 40 yards out on the Brentford right. Mbeumo measured an effort and lofted it over McCarthy but Jack Stephens got back to clear inside his six-yard box.

The home side came in to the game after that Brentford burst. They started to find ways to play through Brentford’s midfield, as well as happily going over it, and stop Dasilva, Shandon Baptiste and Nørgaard getting on the ball. Luke Daniels was forced to rush out and save at the feet of Danny Ings and there were set pieces for The Bees to defend. There was also a great chance when a ball was played to the left, Ryan Bertrand played it across and Ings arrived, but his toe-poked effort on the stretch rolled wide.

The teams were setting up in similar ways. Both wanted to be compact and then play the ball over the top to stretch the game when they had possession. Brentford were probably doing it a little better as the half hour approached. Fosu forced McCarthy in to an uncomfortable save after picking up a loose pass and shooting from 25 yards. He then made a better one when Baptiste released Mbeumo in the inside left channel, pushing the shot away, before misjudging and flapping wildly at the resulting corner and being grateful for his defenders clearing up after him.

Southampton moved up a gear after the half hour and started to really test The Bees. They moved the ball quickly in Brentford territory. The Bees had to defend well and Nørgaard, just in front of Goode and Sørensen provided a solid base. Southampton did create one good chance when they worked the ball in the inside left channel, Bertrand cut it back to Ché Adams and his shot looked set for the bottom corner, but Daniels tipped it on to the post and gathered the rebound.

And that proved to be a vital moment as Brentford went ahead soon after. They won a corner on the left and Mbeumo stood it up towards the far post. No-one tracked the run of Nørgaard, and he powered a header home unmarked from 12 yards. It was his first goal for The Bees and came from a well-worked dead ball.

Southampton could have levelled when Adams got to the by-line on the right and cut the ball back but Ings lashed over as he arrived to meet it 18 yards out. That was a second big miss for Southampton in quick succession, either side of Brentford’s goal, and their profligacy was costing them. The Bees could have scored when a Forss flick set Mbeumo away, he rounded McCarthy, more than 30 yards from his goal, but was forced in to traffic and Jan Bednarek cleared.

The second goal was not, however, long in coming. In first half stoppage time Fosu, who forced Kyle Walker-Peters back consistently, turned cleverly and found space on the left. He then released Baptiste in the inside left channel, away from the home defence. The cut back was deliberately behind Forss for the arriving Dasilva, who stroked an effort past McCarthy and in to the net from 18 yards. The Bees had struck twice at the end of the first period and had control of the tie.

Southampton took the initiative at the start of the second half. They had an extra intensity to their game, moved the ball quicker and got more players in to attacking areas. Brentford were forced to defend deep and collected some cautions as they tried to protect their penalty area.

The home side mostly played in front of The Bees and Daniels was only forced in to only one save in the opening exchanges of the second period, pushing a looping Stephens header over the bar when he met a deep Bertrand corner. Adams pulled a shot across goal when he got on to a deflected pass from Ings. Goode then made a fine challenge as Ings tried to wriggle free in the penalty area and James Ward-Prowse fired over the bar.

Nathan Tella lashed over from distance for Southampton as they continued to press, and it was attack against defence as the game entered its final quarter. But Brentford were defending superbly. A sight of goal for Ings was quickly snuffed out as Goode flew in to deflect it over the crossbar and Southampton were constantly forced to rebuild as they couldn’t find openings, wasting balls and running out of ideas.

The Bees did not offer much as an attacking threat in the second period. They tried to counter-attack when they could and introduced fresh legs in midfield and attack to try and stretch Southampton, but the game was mostly played in the Brentford half, albeit not really in their defensive third. Southampton’s last throw of the dice included introducing Shane Long in the final ten minutes and Daniels saved at his feet soon after his arrival, but time was running out for the home side.

But there was still time for Southampton. Nørgaard made a vital interception inside the six-yard box and then calmly allowed Daniels to clear. Henrik Dalsgaard then prevented Ings getting a shot away and Goode did likewise as Michael Obafemi lurked at the far post. Daniels, however, was mostly untroubled, well-protected and got a clean sheet to add to Brentford’s win and a place in the next round. 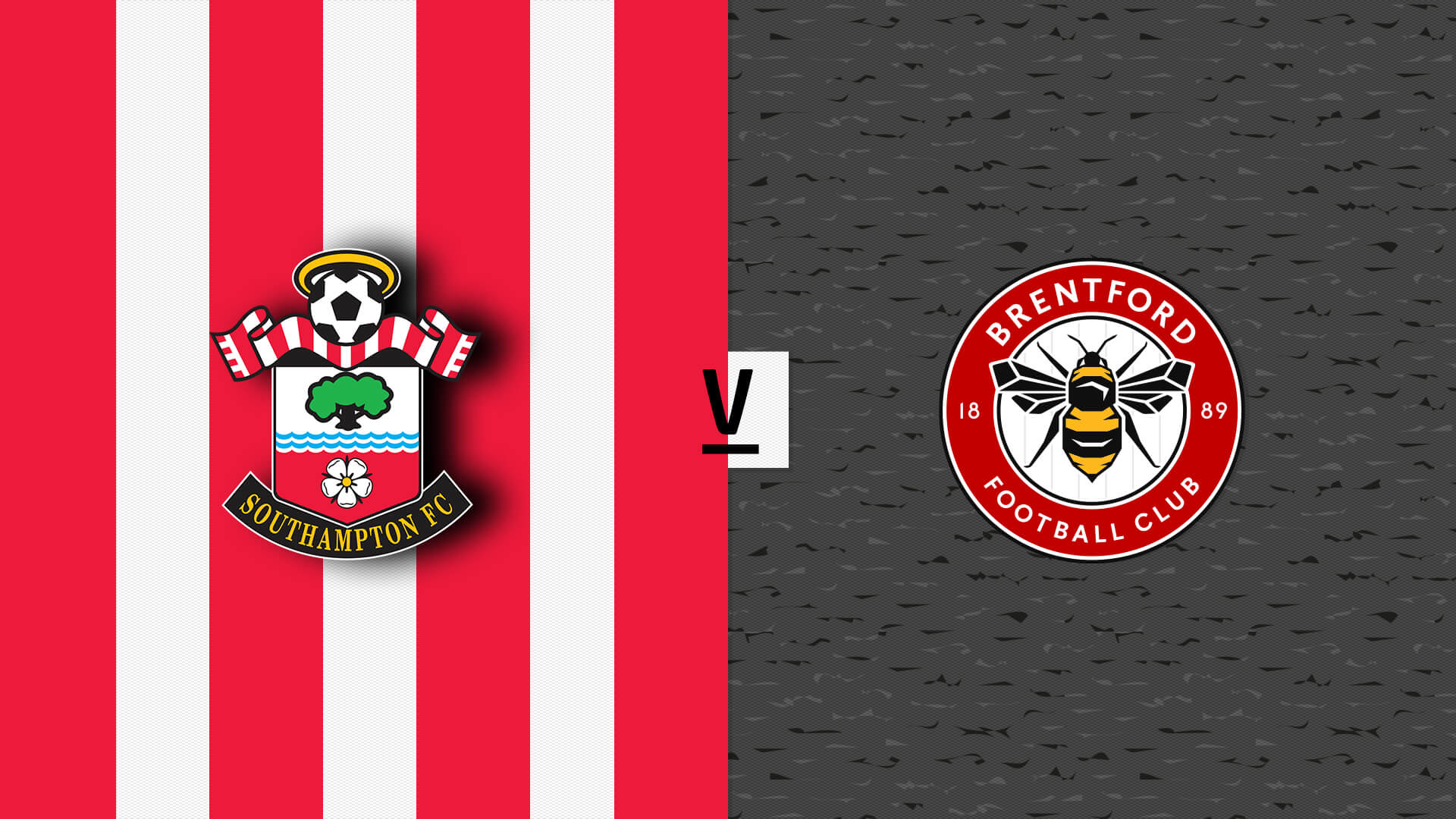 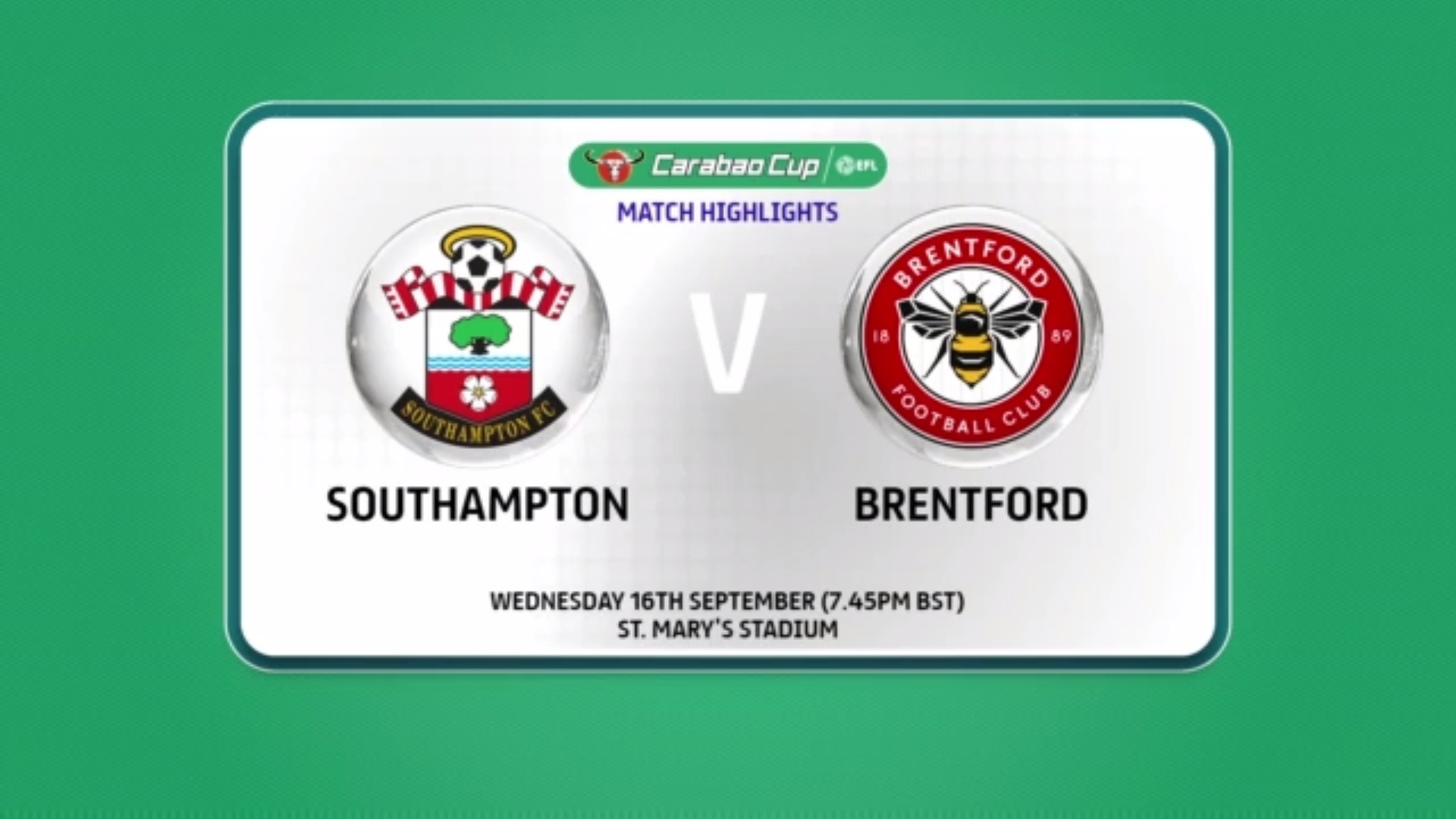 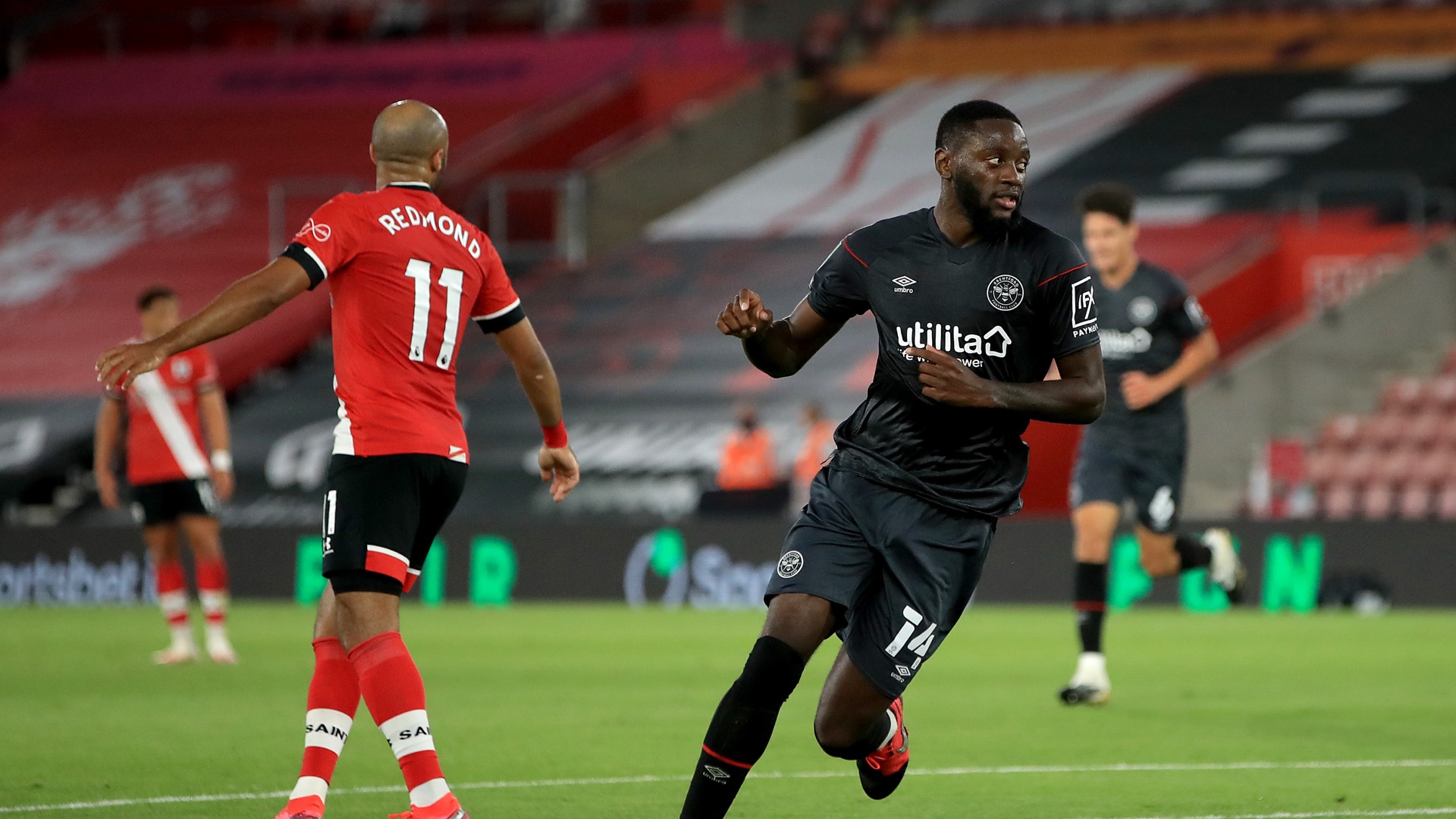