Our new home plays host to its first Sky Bet Championship game on Saturday as Huddersfield Town make the trip to West London. On the back of Wednesday's fine Carabao Cup victory over Southampton, Thomas Frank's side will be looking to open their league account following last weekend's 1-0 defeat to Birmingham City. Below you will find all the info ahead of the game.

It will be a new-look Huddersfield Town heading to West London tomorrow as The Terriers look to reincarnate themselves under former Leeds United coach Carlos Corberan.

The Cowley brothers, who hauled Town away from the relegation zone last term, were relieved of their duties in the summer as Huddersfield turned to a man with two-year's experience working under Marcello Bielsa at Leeds United. The remit for Corberan isn't straight forward as he looks to implement a more pleasing style while also improving on last season's 18th placed finish.

Last season's top scorer Karlan Grant has not featured so far this season as whispers grow that he too may depart soon.

Town have opened the season with a pair of 1-0 defeats on home soil. Rochdale won at the John Smith's Stadium a fortnight ago in the EFL Cup with a late Adam Idah goal handing Norwich City the points on opening weekend in the Championship.

After retiring aged 23 to pursue his coaching career, Corberan began as a fitness coach with Villarreal CF, working with their C and B teams before joining the first team staff in 2011. He had two spells as a coach in the middle-East, either side of a six-month stint in charge of Alcorcon's youth team, before landing his first senior management job with Cypriot top flight side Doxa in November 2016. He lasted just two months but did enjoy more success during his subsequent spell with Ermis, guiding them to seventh. The following summer he was named as Head Coach of Leeds United's Under-23s, combining that with a First Team role when Marcello Bielsa was appointed the following summer.

David Raya has trained this week but there will be no Mads Roerslev. Mathias Jensen missed the midweek win at Southampton after limping off early on against Birmingham City on Saturday.

For Huddersfield, Danny Ward, Lewis O'Brien, and Naby Sarr are out while Frazier Campbell and Matty Daly only returned to training this week.

⚖ Craig Pawson will be the man in charge tomorrow

Don’t forget, you can watch us against Huddersfield this weekend on iFollow. Buy your Match Pass and watch the first league game at our new home

Please note, if you are a Season Ticket Holder, you have been sent an iFollow code to enable you to watch this fixture. If you haven’t received your code, contact tickets@brentfordfc.com

Brentford picked up their first three points of the Sky Bet Championship season with a home win against Huddersfield Town. Second half goals from Josh Dasilva, Marcus Forss and Bryan Mbeumo gave The Bees a win they deserved against an enterprising and dogged Huddersfield side that made life hard but never really looked like winning the game. The visitors did hit the outside of the post when 1-0 down but as the game opened up, it was Brentford that had control and once the hosts were ahead, it was always likely they would win.

The Bees also scored three tremendous goals. The first took them from front to back, pulling Huddersfield out of position before Dasilva clinically finished. Mbeumo set up the second with some clever footwork in a tights area before blasting the third in. On the day of the first league game at our new stadium, the 2020/21 season got a kick-start after defeat to Birmingham City last time out.

The game did not take long to come to life. Brentford started with an extremely positive mindset and went on the attack from the first whistle, winning set pieces and playing in Huddersfield territory. The visitors were defending deep when they need to but also wanted to get up the pitch when they had the ball. They wanted to get their wide players in to the game and with both teams committed to attack, the game was open.

Brentford had the better chances in the opening quarter of the contest, creating a few really good openings. The first came inside the opening ten minutes when a clever touch from Ivan Toney gave Christian Nørgaard space, the ball was worked via Sergi Canós to Rico Henry and his low cross was turned wide by Mbeumo. The Brentford attacker met the cross first time in front of goal ten yards out but steered it wide of the far post.

Huddersfield goalkeeper Ben Hamer saved at the feet of Toney after his defence failed to deal with a cross and he then failed to gather a Henrik Dalsgaard header from a deep free kick. Toney looked like he might be able to get on to the loose ball but was blocked off and referee Craig Pawson waved play on. Luke Daniels saved as Isaac Mbenza tried to get on to a low cross and Adama Diakhaby, who played that ball in, then blasted over.

But Brentford were creating the better chances. A Toney shot deflected wide after he got on to a Mbeumo pass and there was a great chance soon after. Following some intricate play deep in Huddersfield territory, Dasilva played a clever pass to leave Toney one-on-one but his low shot was saved by Hamer with his feet.

Daniels held on to a low cross-cum-shot from Alex Pritchard before there was another big chance at the other end. Dasilva picked up a poor clearance from Hamer and played Toney in. Once again he was faced with only the Huddersfield goalkeeper, but he rolled the ball inches wide. Pontus Jansson blocked a shot when a long ball was flicked on to Josh Koroma and Daniels saved a speculative effort from Juninho Bacuna, but Brentford had control.

As the half wore on Huddersfield were being pushed back. Their midfield were dropping back in to support their defence and The Bees were penning them in more and more. Huddersfield were able to keep possession but only in their own final third, being unable to create much at the other end. A great run from Ethan Pinnock created space for Toney, he fed Mbeumo and when the shot came in from 20 yards, it bent just wide of the far post. Canós then shot over for The Bees after more good work by the increasingly influential Dasilva.

Huddersfield almost snatched the lead at the end of the first half when Pritchard opened Brentford up with a clever free kick. Mbenza got on to it and drilled in a near post shot that Daniels pushed away. It was a first half that went on for more than 50 minutes. The visitors lost Harry Toffolo and Christopher Schindler to injury in the first half while Bacuna also had lengthy treatment. But the half ended all square, despite Brentford’s efforts, including a late effort from Nørgaard that was blocked by a reshaped defence and a late corner that was cleared unconvincingly.

Brentford took some time to get up to speed at the start of the second half. The opening exchanges were played at quite a sedate pace and Huddersfield had a decent amount of possession, building attacks. They could have broken through when Mbenza isolated himself on Pinnock, but the Brentford defender made a fine tackle. Pritchard then lashed a free kick well over the bar from distance.

But The Bees soon got in to their stride and were starting to press before they took the lead just before the hour mark. Hamer punched a teasing Canós cross off the head of Toney after some nice build-up play. Canós then had a shot blocked when a long throw dropped to him and moments later, The Bees were ahead.

The goal, when it came, was brilliantly executed, as Brentford went from front to back in a flash. It began with Huddersfield attacking and ended in the net with six plyers involved and Henry playing the key part. Daniels fed Pinnock and the ball was worked to Henry by Nørgaard, a one-two was played with Canós and the Brentford left back darted down the left and in to space, leaving defenders in his wake. Henry picked out Dasilva on the edge of the box and he fired low past Hamer, with the help of a small deflection off defender Romoney Crichlow.

It was a superb goal, but Huddersfield responded well. They got Pritchard on the ball more, pulled him a fraction deeper, and looked to get forward. Pritchard had a shot brilliantly blocked by Nørgaard when a cross dropped loose and an effort from Jonathan Hogg was also blocked. They could have equalised when Bacuna met a deep corner with a powerful looping header which beat Daniels but clipped the outside of the post.

Huddersfield were happy to have a very open game as they chased a leveller and that was also of benefit to The Bees, who used the space left by the visitors. Canós had a shot blocked and Mbeumo then fed a Nørgaard pass in to Emiliano Marcondes, but he shot wide. Substitute Marcus Forss shot wide on the turn before Marcondes had an effort blocked and then forced Hamer to tip over a shot that moved awkwardly. When Hamer then pushed out a Pinnock header from a long throw, Dasilva fired wide from the edge of the penalty area.

Huddersfield were rocking and were fighting to stay in the game but were unable to create anything. And eventually, Brentford’s pressure told as Forss scored. He was involved early in the move, winning a tackle to keep Brentford in possession as Huddersfield tried to clear. Nørgaard fed Shandon Baptiste, who burst in to the box, there was some trickery from Mbeumo before an astute pass to Forss, who fired past Hamer to double the lead.

Brentford kept pushing on, knowing they had Huddersfield beaten. Mbeumo had a shot blocked and Marcondes bent an effort wide before the game ended in the grand manner, in stoppage time. Baptiste found space and darted forward before feeding Mbeumo, the attacker created a yard and rifled a shot in to the top corner from 16 yards. On the day he made his 50th Brentford appearance, Mbeumo fizzed his effort past Hamer and in to the top corner to seal the win. 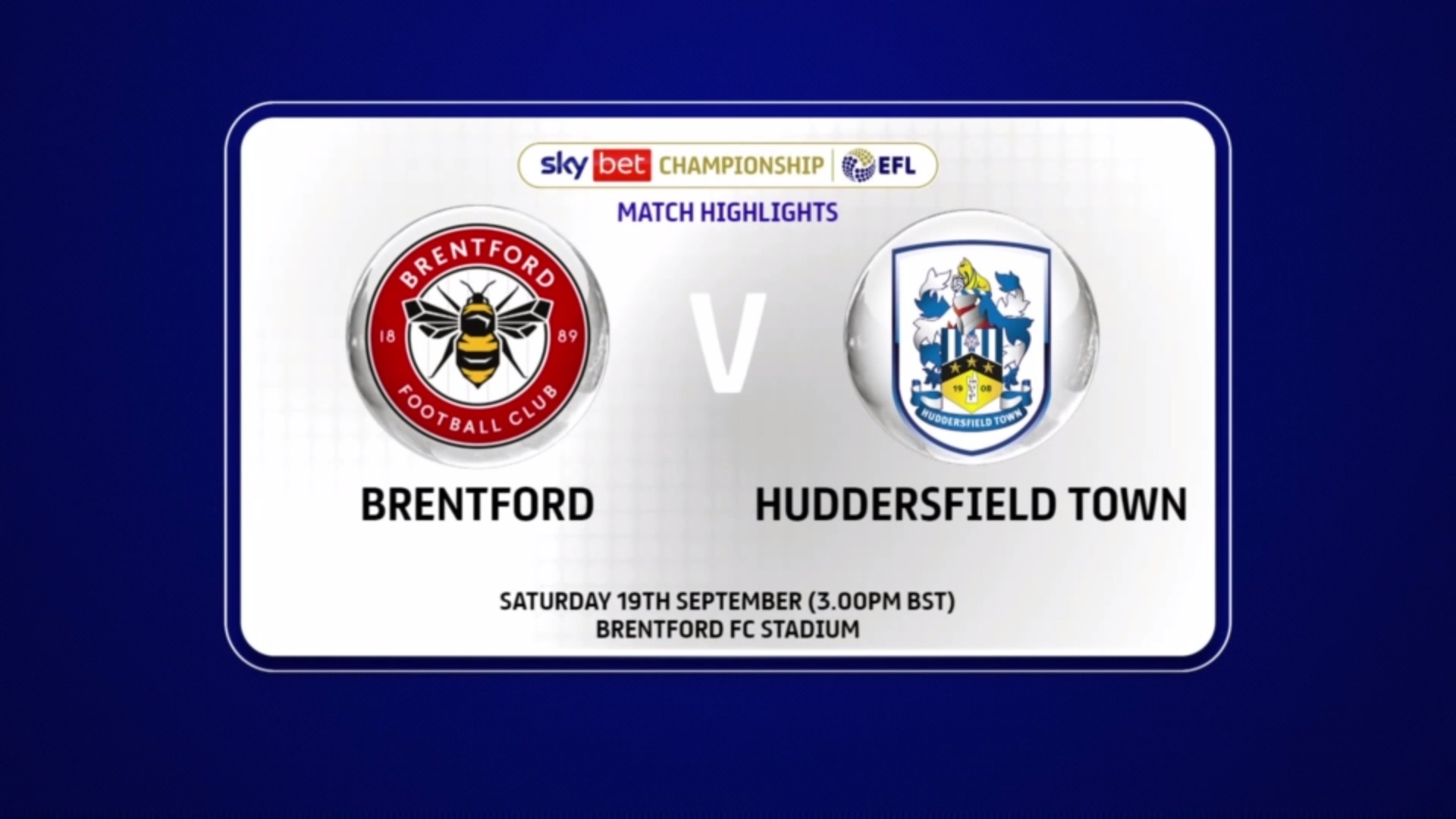 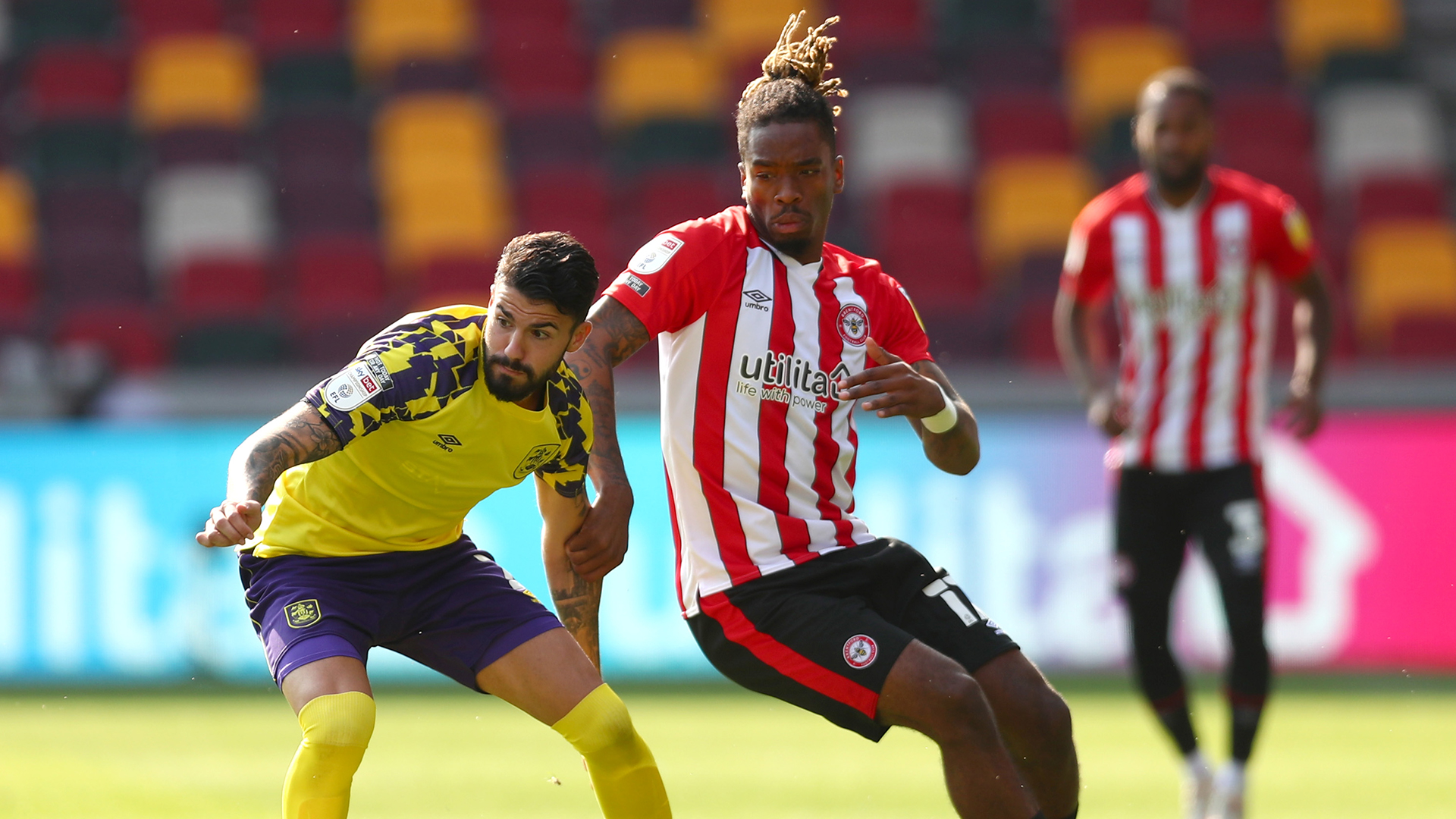