We entertain Preston North End tomorrow in our final game ahead of the international break. The Lilywhites are yet to taste victory in the league this season as they look to build on last year's ninth-placed finish. Below you will find all the info ahead of the game.

Preston have begun this campaign with one point from a possible nine but they could easily have much more.

Alex Neil's side conceded to Swansea City's only shot on target on opening day before being denied victory at Norwich City by an 85th minute goal. Last time out against Stoke City, they saw Tom Barkhuizen unfortunately sent off after just 22 minutes in a 1-0 defeat.

North End did make progress to the Third Round of the Carabao Cup, beating Mansfield Town and Derby County, before losing to Brighton and Hove Albion.

Preston have kept their powder dry in the transfer market this summer. Forward Emile Ris Jakobsen the sole arrival with Tom Clarke (Salford) and Josh Ginnelly (Hearts) the only major outgoings.

Rico Henry is a doubt for tomorrow with a hamstring issue but other than that Thomas Frank has no new issues to deal with.

Tom Barkhuizen is suspended following his red card while Louis Moult and Darnell Fisher will definintely miss out through injury. Josh Earl and Daniel Johnson are also doubts.

Neil has already enjoyed success as a manager, winning promotion on two occasions, most notably to the Premier League with Norwich City in 2015. His three seasons in charge at North End have ended with 7th, 14th, and 9th-placed finishes.

Neil's career as manager follows a playing career that saw him win the Scottish Football League First Division in 2008 while at Hamilton Academical, before taking the role of player-manager at the club.

During his playing career, Neil also represented Barnsley and Mansfield Town before making his move to Hamilton in 2005, where he spent ten years.

⚖ Dean Whitestone will be the man in charge tomorrow

Season Ticket Holders and Premium Seat Members have been sent a code with iFollow access for Sunday's meeting. This should be in your inbox now. A text has been sent to those fans that we have no email address for.

Not a Season Ticket Holder? You can still watch The Bees against Preston North End this weekend on iFollow using the link below.

You can follow the how to video below 🎥 👇  and visit our FAQs here 👉 https://www.brentfordfc.com/FAQs/#accordion_ifollow_uk

Brentford lost for the first time since the opening day of the Sky Bet Championship season as they let a 2-0 lead slip to lose 4-2 to Preston North End. The Bees were a long way from comfortable but did have a two-goal lead at the interval thanks to a brace from Ivan Toney. But Preston hit back in spectacular fashion, scoring four without reply in the second period to take the points.

The four goals from the visitors came in 20 second half minutes and earned them a victory they merited over the course of the match. They had been well in the game in the first half, but Brentford had been ruthless, scoring two very good goals. But when Preston got in to their stride in the second half they killed The Bees off and took the win.

Preston made a decent start to the game and may have considered themselves unfortunate to have conceded from Brentford’s first attack. The Bees worked space on the left and Dominic Thompson played a pass to Josh Dasilva in the Preston right back area. He was able to take the ball in his stride and cross low for Toney to arrive and poke the ball home at the near post. The Bees had opened Preston up with two fine passes and a clinical finish and had their noses in front.

Preston had made an ambitious start to the game. They had three attacking midfield players just behind striker Sean Maguire and tried to get them high up the pitch. They made an effort to stop The Bees building play through midfield and get players in to attacking areas but were unable to create anything before the opening goal. They could have scored soon after when Scott Sinclair and Alan Browne created space for Maguire to shoot but Luke Daniels held it well low down.

The game looked as if it might open up after Toney’s goal and The Bees had further chances. Christian Nørgaard and Dasilva created space for Emiliano Marcondes to shoot but he lashed straight at Declan Rudd. Toney then fed Dasilva and set him off in to space but his shot was again held by Rudd.

The Bees did not, however, have control in the opening exchanges. Preston’s high line made it difficult for Brentford to build their play and when Nørgaard limped off 20 minutes in, there was a reshuffle that changed the game in central areas. Preston seemed to have the initiative and had a lot of the ball in Brentford territory but came up against a well drilled defence that dealt with most balls in to the penalty area.

There was one chance for the visitors when Pontus Jansson didn’t get sufficient distance on a header and Browne let fly from 20 yards, but Daniels was well-positioned and saved. Sergi Canós almost created a goal for The Bees at the other end with a fine run on the left but his cut back was smashed well over by Bryan Mbeumo. As half time approached there was a strange pattern to the game, Preston appeared to be in command and were dominating possession, but Brentford didn’t appear troubled, were defending well and playing on the break. And they then ruthlessly extended their lead.

Canós was the main architect with a turn deep inside his own half and one of the best passes of the season so far, inch perfect across the pitch and more than 50 yards in to the path of Mbeumo. The pass was so good that Mbeumo did not have the break stride and found himself two-on-one, he drew one defender and slipped the ball to Toney and he comfortably beat Rudd. Brentford had turned defence in to attack in an instant and had breathing space.

The half ended in bizarre fashion – just after Maguire had tested Daniels with a low shot – as a ball forward from The Bees hit referee Dean Whitestone. After an elongated period of arguing back and forth, the ball was dropped on the edge of Brentford’s penalty area, Mathias Jensen lashed it up the pitch and Toney appeared to be fouled deep in Preston territory. Rather than make any decision on what should happen next, Mr Whitestone blew for half time.

Preston would have known they needed something early in the second half and scored seven minutes after the interval. Joe Rafferty crossed from the right, Patrick Bauer – forward from centre back – nodded down and Sinclair finished. Bauer added extra support to the attack and won a key header that Sinclair finished well to give Preston a route back in to the game.

And 2-0 soon became 2-2. Andy Hughes robbed Mbeumo on the Preston left and delivered a cross, Sinclair got on to it inside the penalty area, controlled and then finished low past Daniels. The visitors had sensed their moment, upped their intensity and turned the game on its head. And they had soon completed the turnaround.

Ryan Ledson got a ball from Sinclair after Brentford looked to have dealt with a Preston break and was able to find Brad Potts. He turned in to space inside the penalty area and smashed a shot low in to the net. He used Jansson as a shield to deny Daniels a view of his effort and picked out the bottom corner to put his team ahead with a third goal in 11 minutes.

Sinclair had been key to Preston’s recovery and the visitors had moved him in to a more central area in the second half. They had committed to attack and left themselves open but had got their goals. Canós had seen a shot blocked at 2-0 and then one deflected over after Preston’s first. Dasilva also had an effort blocked while Preston were putting together their comeback and Marcondes headed over when well-placed just after The Bees fell behind.

But it was Preston who got the game’s next goal to kill Brentford off. Ledson delivered a corner deep, Ben Davies headed down and Maguire was waiting to finish first time. He swivelled and fired low past Daniels to score the goal that sealed the points. It could have been worse for The Bees as Potts sliced a shot wide when well-placed and Sinclair curled a free kick in to a defensive wall.

Brentford needed to change the momentum of the game and try to salvage something from it. Saman Ghoddos and Saïd Benrahma were introduced and The Bees added them to Mbeumo and Toney as an attacking four. Benrahma had a shot deflect just past the post and then went on a run to create room for Dasilva to bend an effort inches wide. But Ben Pearson could have made it four when he was set up by Potts only to see his shot deflect and run through to Daniels.

Brentford did not lack ambition or desire, but Preston had their tails up. They were defending solidly and moving the ball well when they had it, pulling The Bees out of position and looking for more goals. Ledson shot over after good work by Emil Riis Jakobsen, who then had a go himself and blasted off target. The Bees did have late efforts from Ghoddos, deflected wide, and Benrahma, off target, but Preston had the points. 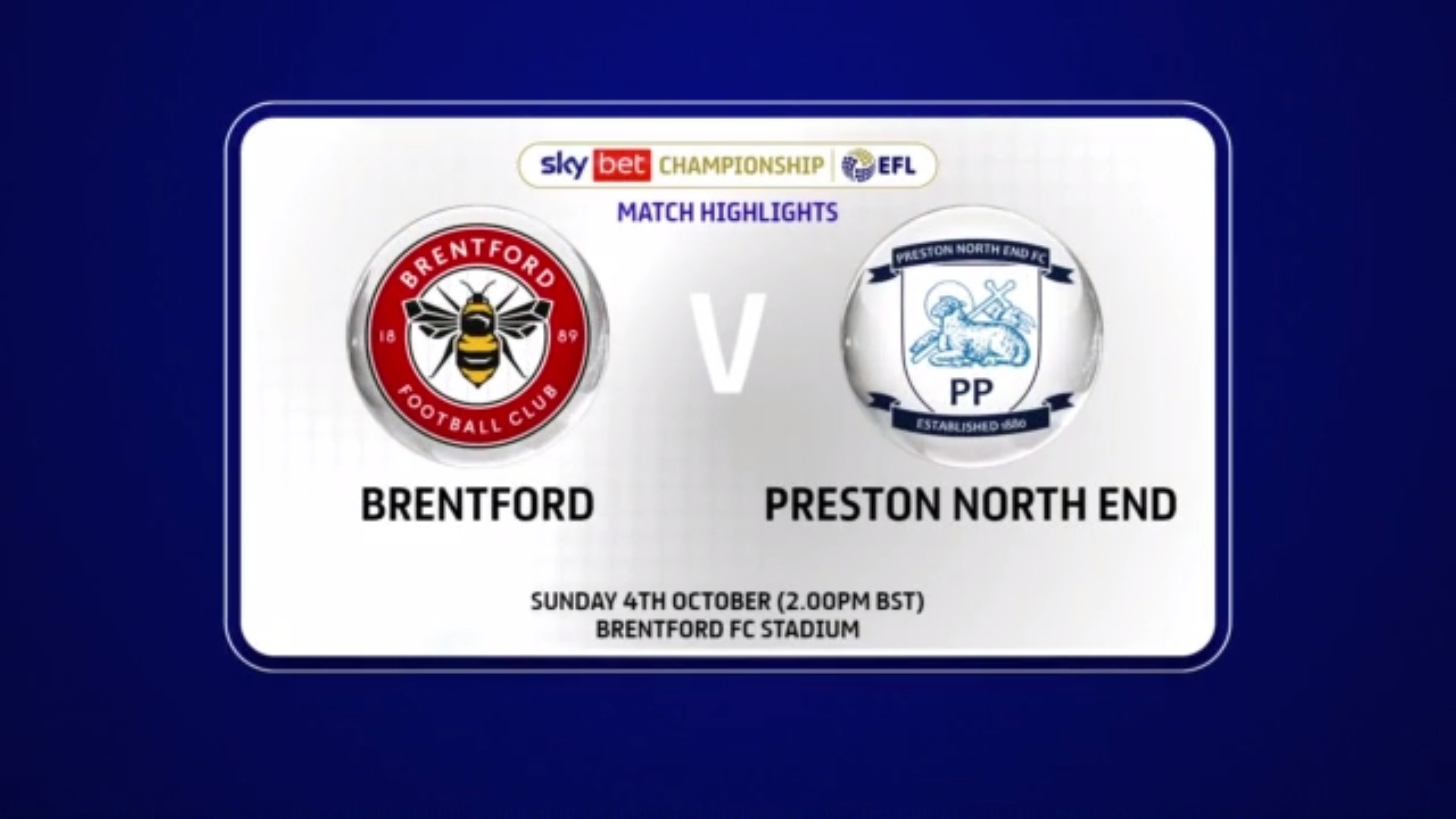 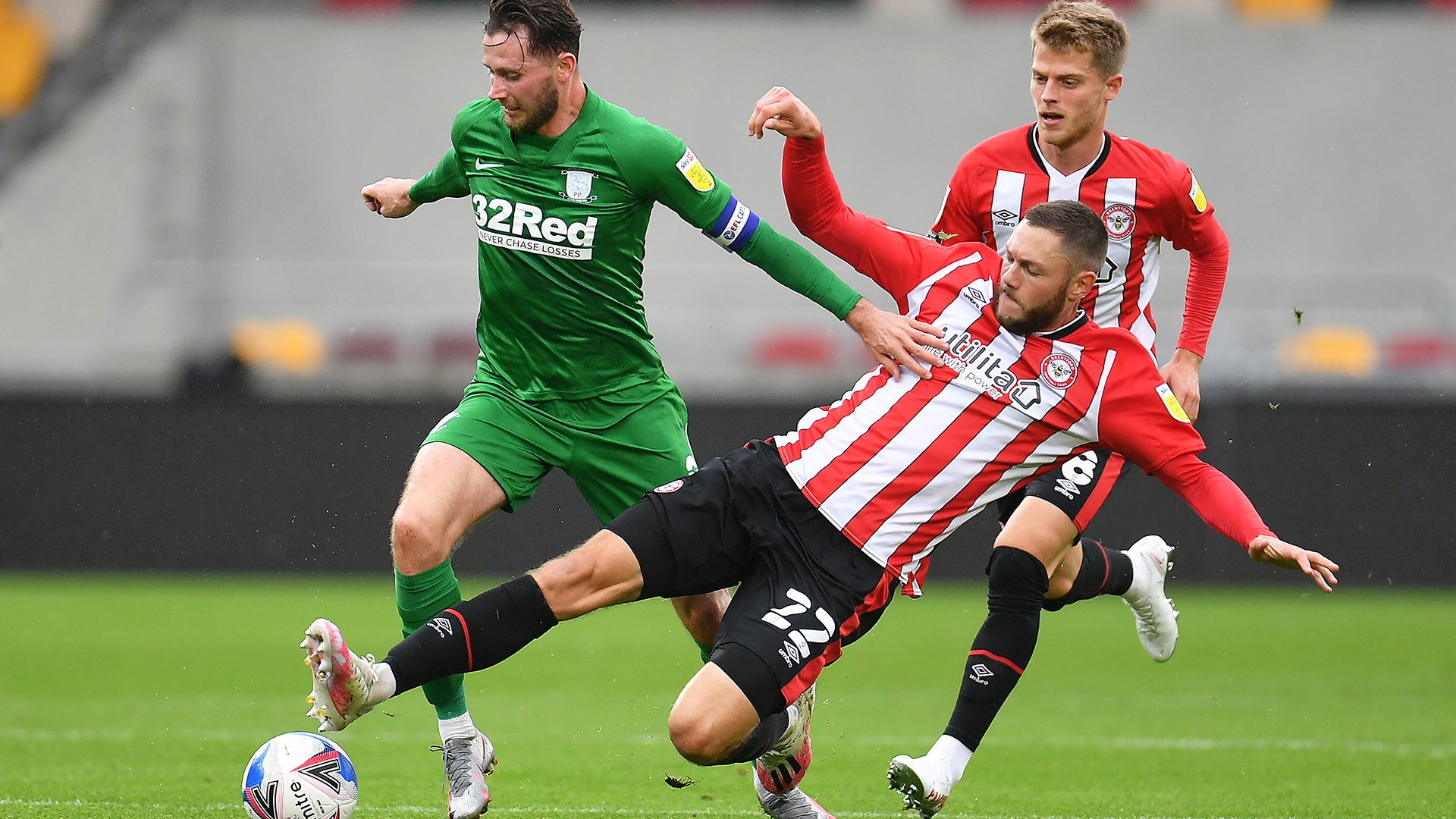