Brentford reached the Quarter Final of the Carabao Cup for the first time in their history with a demolition of Fulham. The Bees won their first West London derby at their new home 3-0 with Marcus Forss opening the scoring and Saïd Benrahma lighting up the evening with a brilliant brace. He finished off a set piece just past the hour mark before a breath-taking goal sealed the 3-0 win.

While there were times when The Bees had the battle through, particularly early in the second half, there was no doubt they deserved the win. They took the lead late in a fairly even first half and ended the match in complete command. Fulham hit the post early on and did have chances but will have no real complaints about the result.

It was an even start to the contest. Both teams set up with similar mindsets, they wanted to play the ball through midfield, get their attacking players on the ball as much as possible and get bodies forward to support. Both sides also worked hard out of possession and for much of the opening quarter of the contest, the ball was controlled in defensive areas.

The closest either side came to a goal in the early exchanges was when Neeskens Kebano lined up a free kick from 22 yards. He bent it over the wall and beat David Raya, but the ball cannoned off the outside of the post and away. Aboubakar Kamara pulled a shot across the face of goal after getting away in the inside right channel for the visitors, who controlled passages of the game but were pressed back in others.

As the half wore on, Brentford would have been the happier team. They had more spells in command of the contest and their midfield trio of Josh Dasilva, Mathias Jensen and Emiliano Marcondes, were able to move the ball quicker in and out of the centre of the pitch. With Benrahma and Saman Ghoddos keen to get involved from wide areas, The Bees also posed a threat.

The two almost created a goal for The Bees when Benrahma crossed to the far post and picked out Ghoddos, who had found space in behind the Fulham defence. He was able to get a shot off as the ball ran away from him a fraction, but it flew across the face of goal. Benrahma also had a shot blocked for The Bees and then delivered a cross that Ghoddos fed back to Dasilva, space was created and the shot was low and true but fizzed just past the post.

Marcondes had the ball in the net for The Bees just past the half hour but the goal was ruled out as Forss had used his arm inadvertently to retain possession. There had also been a great chance at the other end after a poor kick from Raya. Jean Michaël Seri picked up the kick and the ball was worked to Anthony Knockaert via Kamara, but the shot flew wide at the near post.

The came just before Brentford took the lead late in the first half. There was a battle for possession in midfield and Forss won the ball from Seri to set up an attack. Dasilva took it on and fed Benrahma, the ball went wide, Ghoddos cut the ball back and Forss arrived to fire first time past Marek Rodák and in to the net.

Fulham tried to respond before the break and Kamara fired across the face of goal before lashing wide from distance at the very end of the half. The visitors also started the second promisingly. They made a change at the interval, introducing Ademola Lookman and taking Josh Onomah out of their midfield. That gave them more pace in attacking areas and fewer numbers in central areas, which gave them the resources to attack.

There were chances early in the second half for Fulham and The Bees were forced back. Ola Aina curled a shot wide from the right side after The Bees worked space on that side and a Kebano free kick flew wide of Raya’s goal. Kebano went closer just before that when he got on to a Stefan Johansen cut back and fired towards the top corner, but Raya clawed it out at full stretch.

Fulham were committing more men to attack. They were moving the ball quickly and Lookman was a threat, especially after stand-in right back Tariqe Fosu picked up a yellow card early in the second period. But in the final third they were not able to really test The Bees. Too often the final pass or finish went awry, and Brentford survived.

Seri missed the best chance, blasting over from 15 yards after arriving on to a Lookman cross. Knockaert also curled a shot off target after getting in to space on the right. Brentford were being forced to play on the counterattack. They were pressed back by the visitors and were forced to defend.

They had not offered much in attack after taking the lead. Ethan Pinnock met a long throw from Mads Bech Sørensen late in the first half, but the ball bounced comfortably to Rodák. Dasilva had almost created something just before the hour mark with a superb turn deep in Fulham territory, but having worked the room for the shot, he fired it straight at Rodák.

When The Bees scored their second, it came against the run of play. It was, however, a superbly worked goal. Dominic Thompson delivered a free kick from the inside right channel and Pinnock rose to head it back across, Benrahma stole in behind the Fulham defence to get on to the nod down and poke it home. The Bees had ruthlessly made the most of a set piece and that deflated Fulham.

By the time the third goal came inside the final 15 minutes, The Bees had command and Fulham already looked beaten. But that should not diminish the strike, one to savour from Benrahma. There didn’t look to be much on when he had the ball 25 yards from goal, within seconds he had spun on the ball, flicked it through the legs of Michael Hector and worked the room to bend a shot past the outstretched arm of Rodák and in to the net. It was an outrageous piece of skill from Benrahma and definitively killed off the game.

Fulham had tried to attack after the second goal but had not offered much. Raya saved at the feet of Kamara and then held on to a low Kebano shot but they lost their attacking impetus after Brentford’s second and when they introduced Aleksander Mitrovic to their attack, losing the pace in the centre of the pitch. Another Kebano header was deflected and saved late on and a Mitrovic effort was blocked as Brentford aimed to add a clean sheet to their win.

And they could have had more goals. Before he was withdrawn, Dasilva tricked his way in to the box and crossed but Rodák saved at the feed of Marcondes. Sergi Canós sliced an effort when Fulham failed to deal with a corner and then forced Rodák in to a save with a low shot. Fulham could have grabbed a consolation goal when Maxime Le Marchand met a corner in the dying seconds, but he missed the target and Brentford had their place in the last eight. 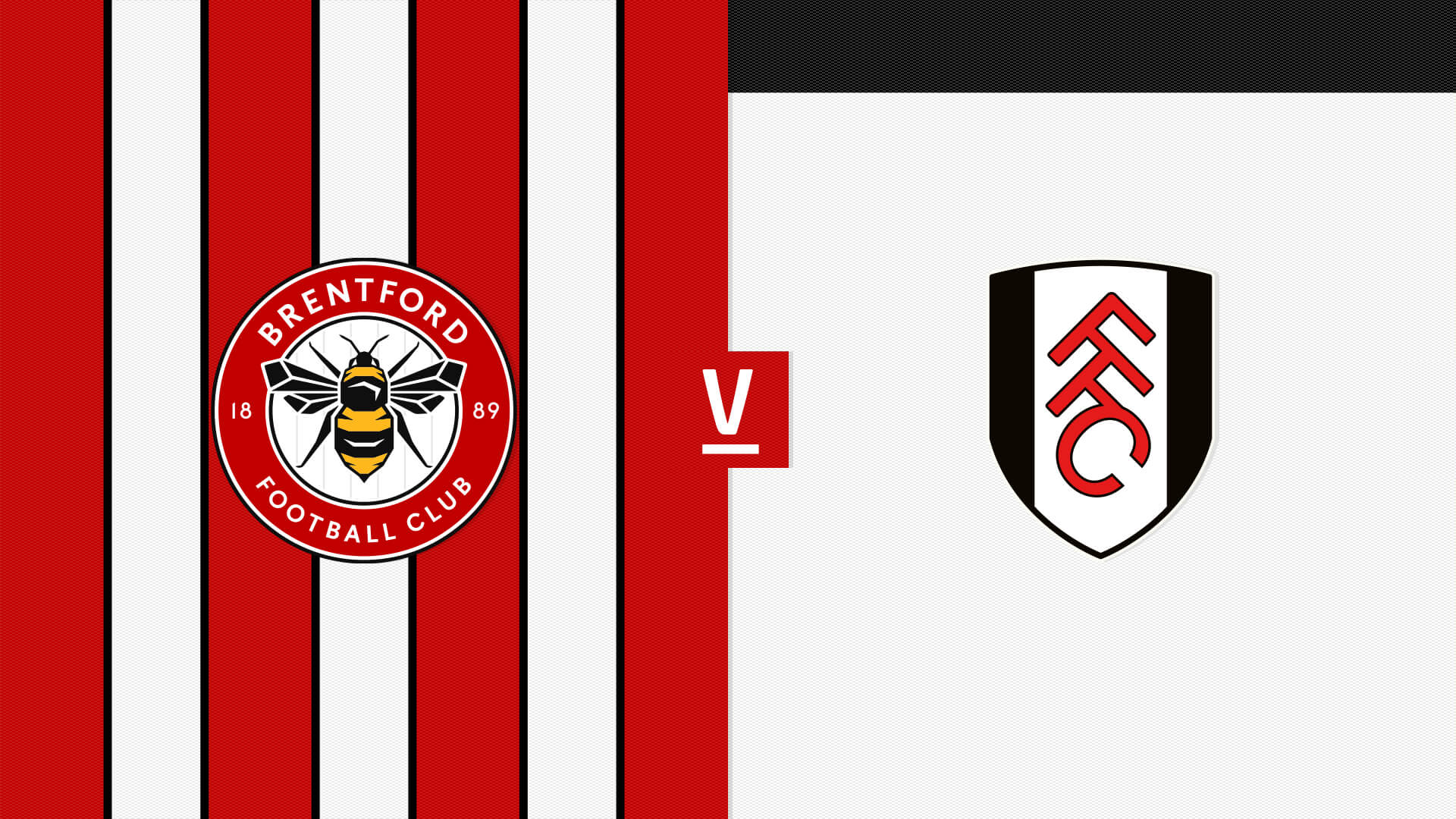 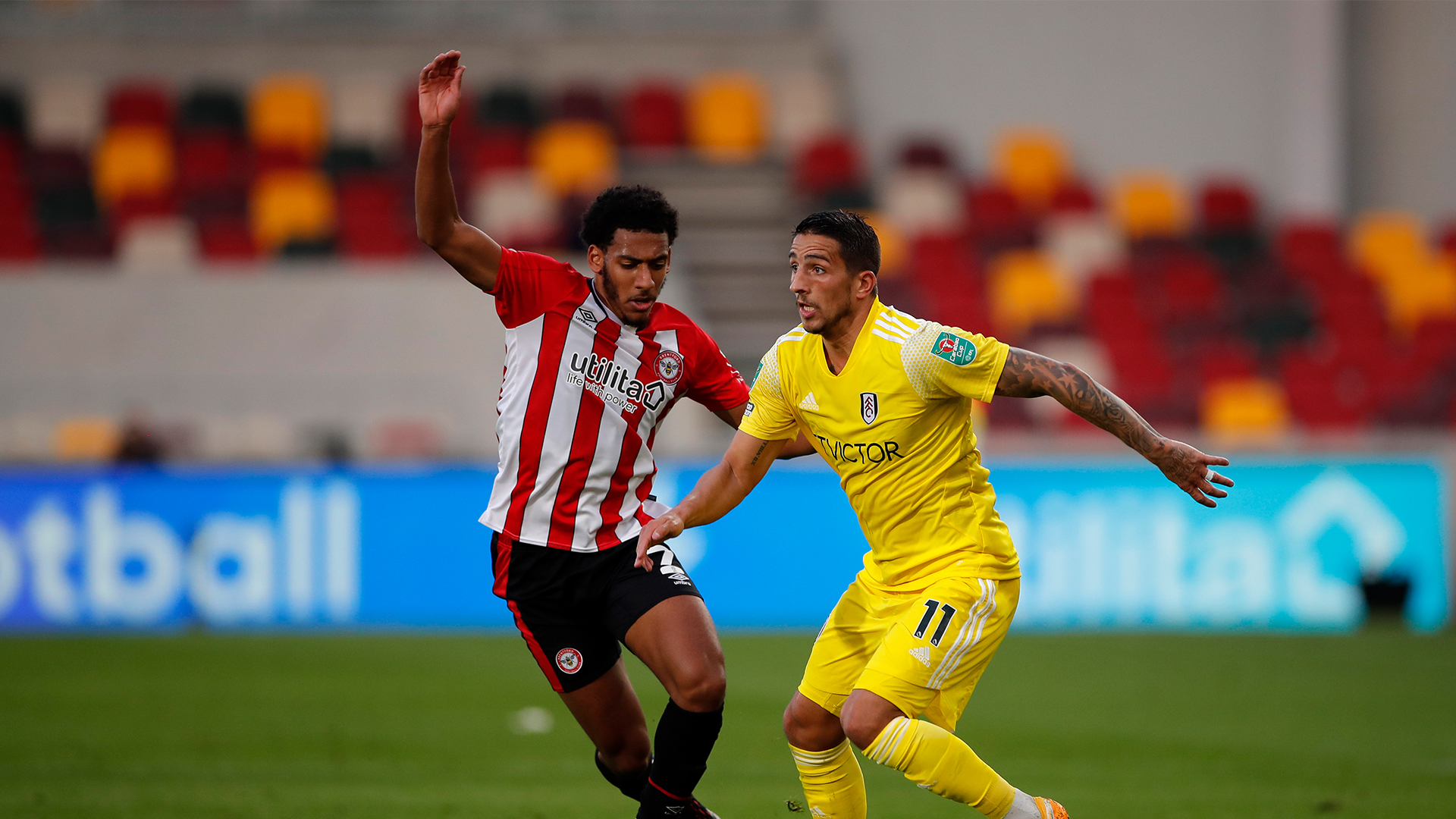