Our final game ahead of the international break comes at the Brentford Community Stadium tomorrow afternoon; Neil Warnock bringing his Middlesbrough side to TW8. Boro currently occupy the final Play-Off spot, two points better off than us, as we pass the ten-game mark. Below you will find all the info ahead of the game.

Neil Warnock was brought in towards the end of last season to ensure that Middlesbrough retained their Sky Bet Championship status and then to ensure that they were not in a similar fight to ensure their status again this time around. On both counts so far, it looks like a job well done.

Having sat outside the relegation zone only on goal difference when he took over, Warnock guided Boro to four wins from eight games in June and July to finish 17th, five points clear of the bottom three.

A summer of tweaking the squad resulted in a much more slimline group of players on Teeside. The likes of Ryan Shotton, Daniel Ayala, Rudy Gestede, Adam Clayton, George Friend, and Tomas Meijas were among 20 players to depart permanently, or on loan, with just six coming the other way.

Two points from three matches, and an EFL Cup Second Round exit at the hands of Barnsley, wasn't the greatest of starts but since then Boro have shown their mettle. They are unbeaten in nine league games, winning four of them. They aren't free-scoring, netting just nine times in ten league games, but they don't need to be with a defense that has shipped just five all season, keeping five clean sheets in their last six.

There's no change to our long-term injury list with Christian Norgaard, Mads Roerslev, Shandon Baptiste, and Pontus Jansson all out. Mads Bech Sorensen missed Tuesday's draw against Swansea City and is also out for tomorrow afternoon.

Sam Morsy is a doubt with a hamstring issue and Grant Hall is out but other than that, Boro have a fully-fit group

The 71-year-old has a wealth of managerial experience, having taken charge of 15 other clubs prior to arriving on Teesside. He first made the move into the dugout at Gainsborough Trinity in 1980, following a playing career that saw him make 327 career league appearances at eight different clubs.

Warnock has now earned promotion on eight separate occasions - a British football record. He famously lead Notts County to successive Play-Off victories to reach the First Division in 1991 and took Sheffield United (2005/06), QPR (2010/11), and Cardiff City (2017/18) to the Premier League.

⚖ James Linington will be the man in charge tomorrow afternoon

🆚 Phil Spencer of Give Me Sport on Boro

We are not on TV this weekend, which means the only way to watch is through iFollow. For just £10 (£7 for international fans) you can keep up with all the action live from our new home.

Season Ticket and Premium Seat Holders who froze their tickets have had their iFollow account upgraded to VIP for this fixture. This means you simply have to log-in to watch the game. To check you have been upgraded to VIP, login and head to ‘My iFollow Account’, select ‘Purchased Packages’, if you have been upgraded you will see a Brentford Season Ticket with an active status.

If you are having any issues with your VIP, get in touch with tickets@brentfordfc.com.

Brentford extended their current run to one defeat in seven as they drew 0-0 with Middlesbrough. The Bees had slightly the better of an even contest but were unable to break through. It was, overall, a game of few chances where both teams defended well and neither side will quibble that it ended all square.

It was a game that lack flow throughout and never really came to life. Neither goalkeeper was overly stretched but Brentford had better openings when they were able to break through an excellent Middlesbrough defence. The Bees were also good without the ball and did enough to ensure they did not concede and take a point.

The opening exchanges of the match were not pretty to watch and contained little action of note. Middlesbrough had the better of the first quarter of the contest, without creating any really good chances. Paddy McNair smashed a free kick well over the bar from the inside left channel and Lewis Wing found space in midfield soon after but his shot from distance flew very high over David Raya’s goal.

The early stages were staccato in nature. Referee James Linington was quick to whistle with Henrik Dalsgaard repeatedly penalised, often when he collided with an opponent when the ball was in the air. Dalsgaard was cautioned inside the first 20 minutes of the contest for a series of fouls and while Middlesbrough put a lot of balls in to the penalty area, Raya was mostly untroubled.

The Brentford goalkeeper, indeed, spent a lot of time with the ball at his feet. Middlesbrough were superbly drilled out of possession and almost every pass in opposition territory was a challenge for The Bees. Bryan Mbeumo and Sergi Canós tried to pull off their flanks to create space for Brentford to play in and as the half wore on there were signs that gaps were being created and the pace of the game picked up.

Brentford could have gone ahead just before the half hour when Josh Dasilva burst through a gap and attacked the edge of the penalty area, he had room to shoot but dragged his effort wide from 16 yards. A run from Rico Henry allowed Mathias Jensen to set up Canós for a curling shot that was well held by Marcus Bettinelli in the Middlesbrough goal. Canós had sight of goal earlier in the contest when Dalsgaard and Jensen linked on the right, but he was unable to get a shot away.

Brentford started to take the upper hand as half time approached but, like the visitors when they had the initiative, were unable to make much of it. Toney hit a defensive wall with a free kick and had a better opening just before. Mads Bech Sørensen stepped out of defence and found him with a pass, he worked his way past McNair but saw a shot deflect wide.

The Bees would have been looking to build on a good end to the first period and seemed to be happy to take more risks in possession after the interval. Middlesbrough dropped a fraction deeper and the game was played more in their half. More Brentford players looked to take on their counterparts, draw tackles and look to expose the space created. While there were not lots of chances, the openings were better ones.

The first of those went to the visitors when they broke quickly. Jonny Howson got in to space on the right and delivered a cross, Chuba Akpom turned away from Ethan Pinnock but shot over the crossbar from 14 yards. Hayden Coulson also blasted over for the visitors, but Brentford were the team chasing the game in the second half and fashioned a couple of very good chances.

The best of them fell to Vitaly Janelt. Toney fed a Mbeumo pass in to the path of Dalsgaard on the right and he delivered a cross from the right that deflected in to the path of the arriving Janelt. The ball may have bounced a little awkwardly, but he would have expected to hit the target from eight yards rather than fire it over the bar. The Bees had also gone close when Pinnock flicked on a Sørensen long throw and Dalsgaard knocked it past Bettinelli, but Marc Bola cleared it off the line.

Canós had a shot blocked for The Bees after turning well and Bola volleyed wide at the other end but with the game entering its final stages, it was still 0-0. Brentford made changes to try and give themselves more attacking options on the pitch. Marcus Forss, Saman Ghoddos and Tariqe Fosu were all introduced, and the game was a little more stretched in the final stages. But both teams had a solid defensive shape and there was no way through.

The Bees almost created something from a deep Jensen free kick, Pinnock headed back and Sørensen acrobatically flicked it over the bar. But Middlesbrough probably ended the game a little stronger and Brentford were stretched at the back in the dying moments, often through unfortunate bounces. Pinnock made a block from a Marcus Tavernier shot and Raya pushed away an effort from Wing in stoppage time but neither team could find a goal and had to share the spoils. 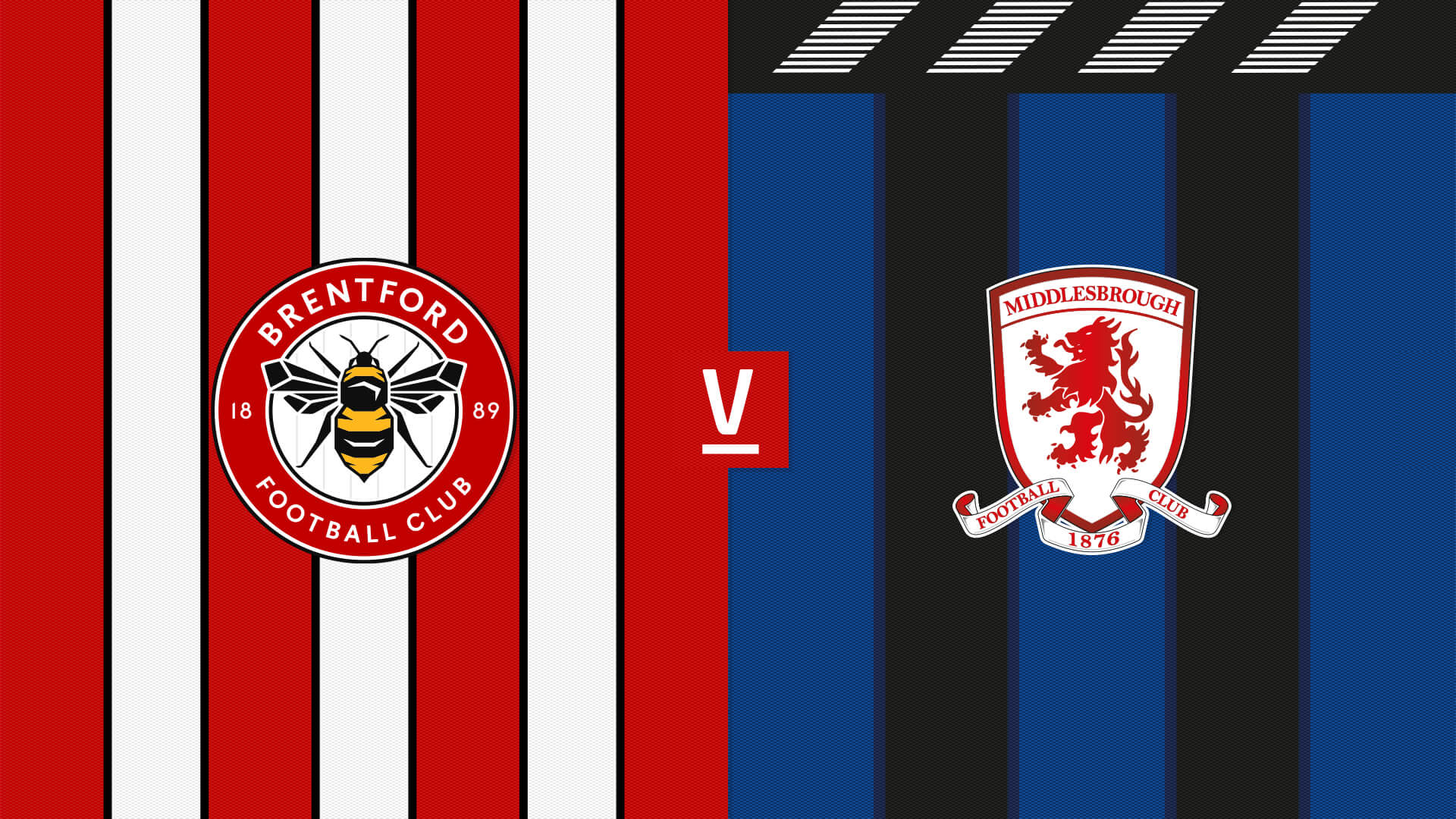 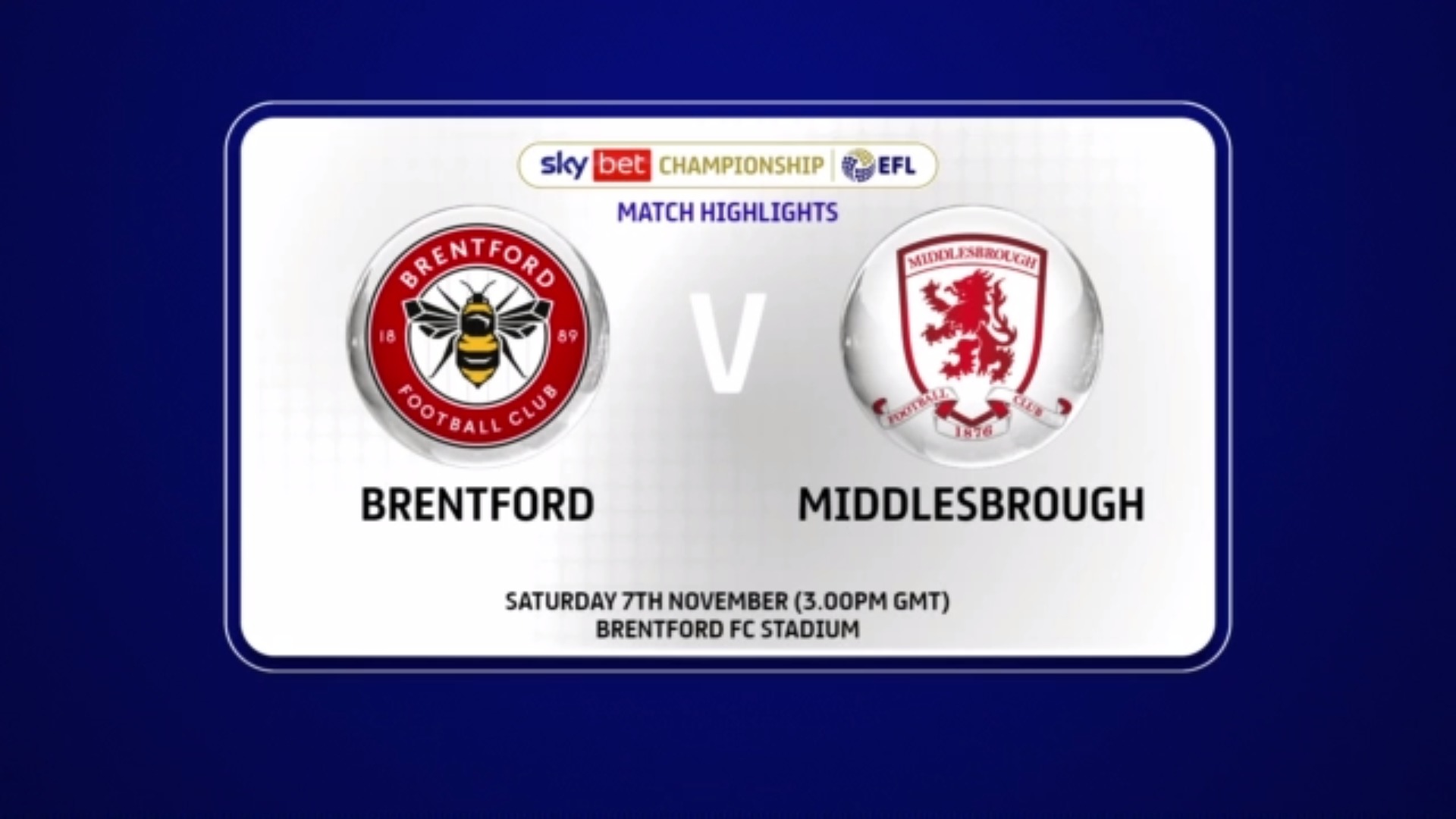 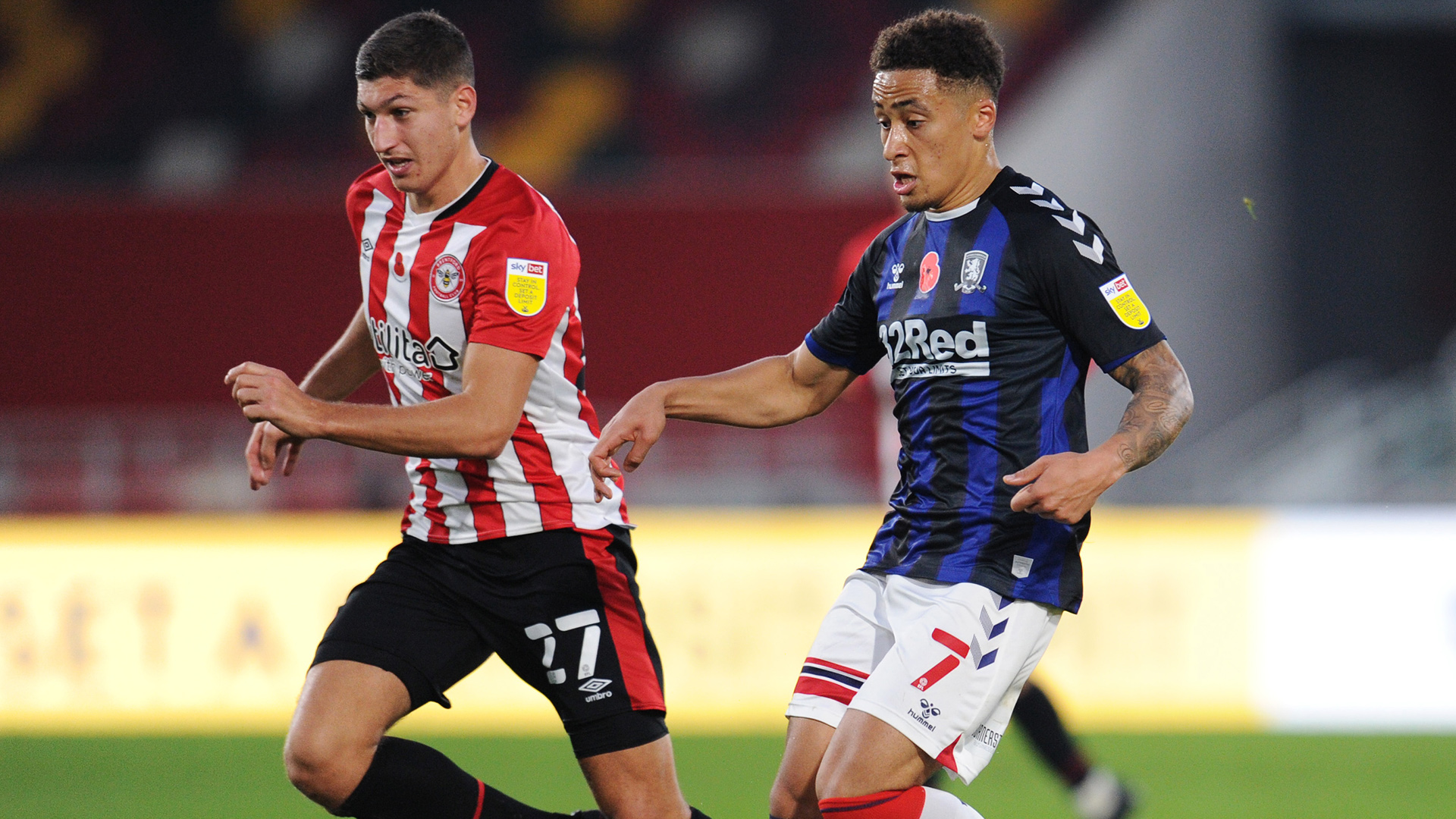