The Sky Bet Championship Play-Offs get underway tonight as we make the trip to the Vitality Stadium to take on AFC Bournemouth. Both sides will be looking for an advantage to take into Saturday's Second Leg in West London and we have all the match build-up below.

After seven straight wins propelled them into the Play-Off picture, Bournemouth somewhat stumbled over the line with three consecutive defeats to end the campaign. 1-0 reverses to Thomas Frank's Bees and Wycombe Wanderers, before a 2-0 final day loss at home to Stoke City, saw Jonathan Woodgate's side end the campaign in sixth to set up this week's Semi-Final.

That seven game run through March and April showed the talent that Woodgate has at his disposal. The Cherries won those games, which included victories over Swansea City and Norwich City, by a combined 21-5 to ensure their participation in the end of season showdown.

Only Brentford (79) and Norwich City (75) scored more than Bournemouth (73) this campaign, 51 of those goals coming from open play, while only the top three of The Canaries, Watford, and The Bees had a better goal difference than The Cherries.

Bournemouth were also the only side in the league to have three players reach double figures for goals this term in Dominic Solanke (15), Arnaut Danjuma (15), and Junior Stanislas (10).

The January addition of Ben Pearson from Preston North End added steel to their midfield, alongside Jefferson Lerma, allowing the exciting front four of David Brooks, Philip Billing (above), Danjuma, and Solanke the freedom to express themselves higher up the pitch.

Thomas Frank declared Rico Henry fit in yesterday's press conference but there will still be no Shandon Baptiste, Henrik Dalsgaard (both knee), and Josh Dasilva (hip).

Lewis Cook (knee) is out for the season while Junior Stanislas (hamstring) is definitely out of tonight's game and may miss Saturday's return leg.

Sacked by hometown Club Middlesbrough last June, it was a whirlwind return to football for Woodgate at the start of Febuary. Appointed on the Monday as a senior first team coach, by Wednesday he was the caretaker manager after Jason Tindall's departure, and three weeks later he had the job until the end of the season.

Woodgate's playing career began with Boro before moving to Leeds United at the age of 16. He made his debut at the age of 18 and amassed 142 appearances over the next five seasons before moving to Newcastle United. As injuries began to take their toll, he made just 37 appearances before an ill-fated spell at Real Madrid. He returned to the UK and Boro in 2006 but managed just 178 appearances over his final ten seasons with Boro, Tottenham Hotspur, Stoke, and then again on Teesside. The central defender also played eight times for England over a nine-year spell.

After a brief spell as an international scout for Liverpool in Spain and Portugal, Woodgate was appointed assistant coach to newly-appointed Middlesbrough caretaker manager Steve Agnew, following the dismissal of Aitor Karanka. After the club were relegated from the Premier League at the end of the season, Woodgate vacated his position and joined the club's Academy coaching staff. In December 2017, Woodgate returned to his previous position as first team assistant coach, under the management of Tony Pulis, whom he then replaced in June 2019.

🆚 Tom Crocker of the Bournemouth Echo previews The Cherries

Only audio passes are available to buy on ifollow.

AFC Bournemouth have the advantage after the First Leg of the Sky Bet Championship Play-Off Semi Final after Brentford were beaten 1-0 on a wet and wild evening. The only goal of the first match of the two-legged tie came early in the second half and Bournemouth will come to West London with a lead to defend. The tie will be decided on Saturday and The Bees have a deficit to make up.

The game was pretty even with Bournemouth maybe having slightly the better of the first half. But Brentford had control of the second period and created the chances to have earned a draw on the night. They could not, however, find a way through and an Arnaut Danjuma goal settled the match, if not the contest, in favour of the hosts.

The first sight of goal in the game came inside the first four minutes for Brentford. A fantastic pass from Tariqe Fosu floated over the head of Steve Cook and on to the chest of Ivan Toney. The striker looked like he was in with only Asmir Begovic to beat, but his touch was heavy, and the Bournemouth goalkeeper was able to gather.

Fosu was in the game again soon after when he was kicked in the penalty area by Adam Smith, but referee Tom Robinson, inexplicably, decided no foul had been committed. That came when Christian Nørgaard released Mads Roerslev on the right and Brentford looked for that option in the early stages. Nørgaard was happy to step in to midfield and get Brentford moving forward, and Brentford looked most dangerous in the first quarter of the contest when he was able to.

The home side were content to keep the ball in their defensive areas for periods of the first half hour, but when they chose to launch attacks, they flew down the wings at pace. They looked to exploit any space wide of Brentford’s back three. A cross from the left by Lloyd Kelly looked like it might find David Brooks, coming in on the other flank, but a challenge from Sergi Canós prevented a clean header. The ball dropped to Jefferson Lerma and he fired a volley narrowly over.

Brooks and Smith combined on the right soon after, with the latter getting behind the Brentford defence. His cut back looked perfect for Philip Billing, but the shot from 12 yards, under pressure from Vitaly Janelt, sliced wide of the far post. A cross from the left by Kelly soon after was met by a combination of Pontus Jansson and Dominic Solanke, the ball cannoned off the near post and Mr Robinson decided the Bournemouth man had got the touch, awarding a goal kick.

The first half was generally even with both teams having spells where they had the ascendency. Bournemouth probably created the better chances but neither side could find the opening goal before the break. Canós had a shot blocked and then saw an effort hit a defender, loop up and over the wrong-footed Begovic but over the crossbar. There was a melee in the penalty area when a Jensen cross bounced around the penalty area, Canós fed it back and Toney was crowded out as he tried to force the ball home.

A Cook header from a deep corner was well saved by Raya low to his right. The ball bounced out to Brooks and his shot was blocked by Toney. Bournemouth could have made the most of a breakaway when Solanke burst in to the Brentford half to lead a two-on-one break. But Brentford swarmed men back, Solanke made the wrong choice and the influential Janelt intercepted as the pass went towards Danjuma.

The later stages of the first half saw Cook limp off and Roerslev collect a booking for a foul on Danjuma. Jansson was also booked early in a second half that started pretty much as the first had been played, even with both teams having spells of possession. Brentford created an opening when a corner was half cleared, a Canós cross was headed down by Ethan Pinnock and an overhead effort from Nørgaard looped over the bar.

The Bees were on the front foot at the start of the second period, but it was Bournemouth that struck first. Brentford lost possession deep in Bournemouth territory and were counter-attacked. Solanke raced in to space in the inside right channel and found Danjuma up in support on his left. The pass was inch perfect and Danjuma placed it across Raya and in to the far corner.

On the balance of the first 55 minutes, Bournemouth may have just about deserved their lead, having created better chances, but The Bees responded well to falling behind. They made a triple change with Rico Henry, Emiliano Marcondes and Bryan Mbeumo introduced. There was more tempo to Brentford’s play, and they pushed Bournemouth back with Canós and Henry driving from wing back.

Mbeumo fed a Canós pass in to the path of Mathias Jensen, but he lashed a shot in to the side netting. Mbeumo then got free in the inside left channel and saw a cross-cum-shot blocked before Janelt released Marcondes inside the penalty area, but Begovic rushed out and smothered the shot. Henrik Dalsgaard was brought in to the game inside the final 20 minutes and gave The Bees even more impetus, and with Nørgaard stepping in to midfield, The Bees posed a different set of problems in the final stages.

Brentford should probably have levelled with 12 minutes remaining. After a spell of possession on the right, Jensen fed Nørgaard inside the penalty area, the ball was played hard and low across the box for the arriving Mbeumo, but the final effort flew wide of the post. Mbeumo arrived in front of goal inside the six-yard box but was unable to hit the target.

Brentford pressed on in the later stages, looking for an equaliser on the night. Bournemouth strengthened their defence as the minutes ticked down, moving to five at the back, and seemed content to hold what they had. Raya had to save a Danjuma free kick to his right and then held on to a low shot from Solanke, but with Bournemouth not putting a corner in stoppage time in to the penalty area, their intention was clear.

Nørgaard shot over for The Bees and then had a shot blocked as the visitors pushed on without success. And a deflected clearance almost gave Bournemouth a second goal. The ball forward from Raya deflected to Billing and was fired back, but the Brentford goalkeeper recovered well to save. That ensured the game finished 1-0 to the hosts and Brentford will need to come from behind on Saturday. 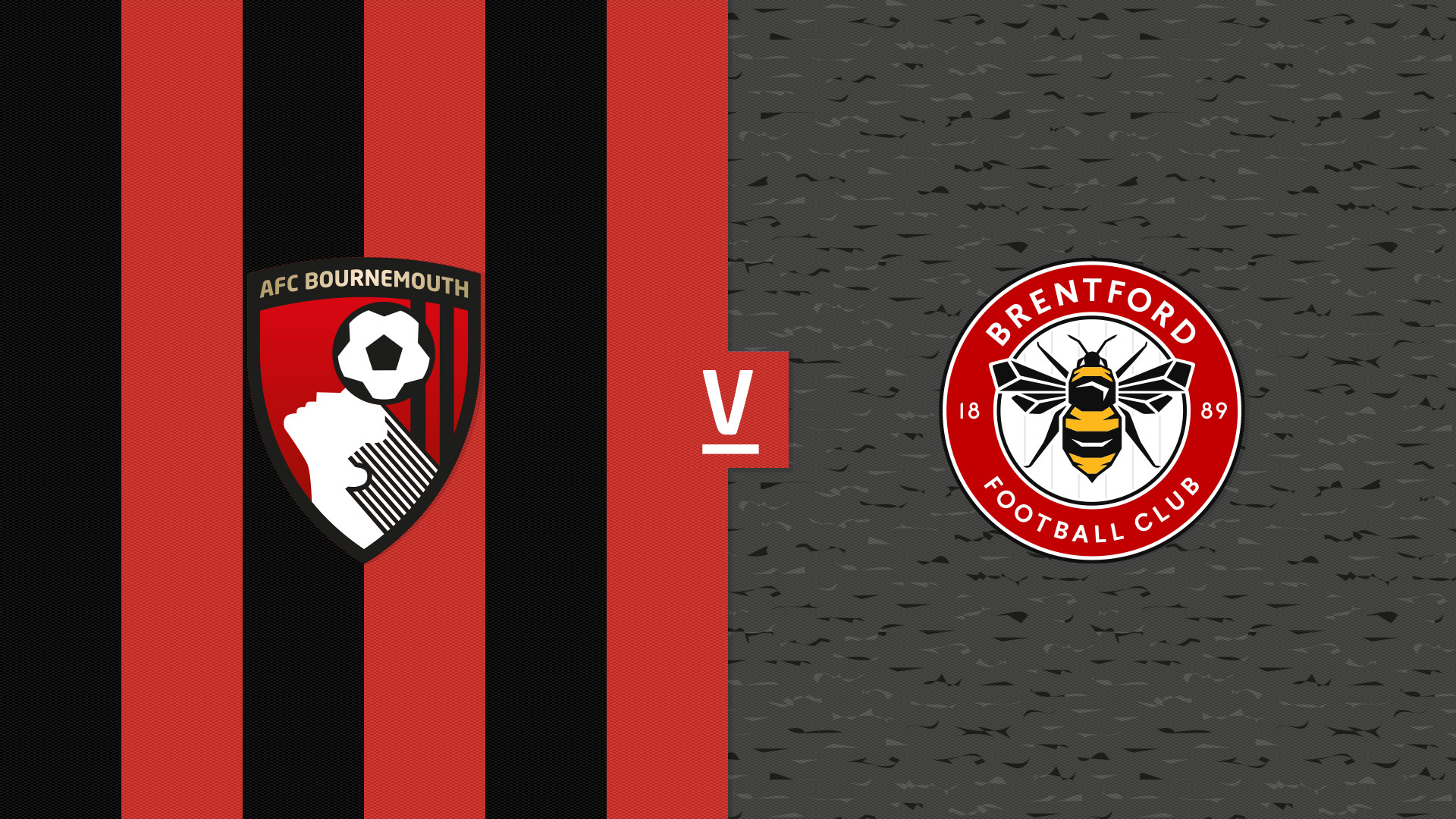 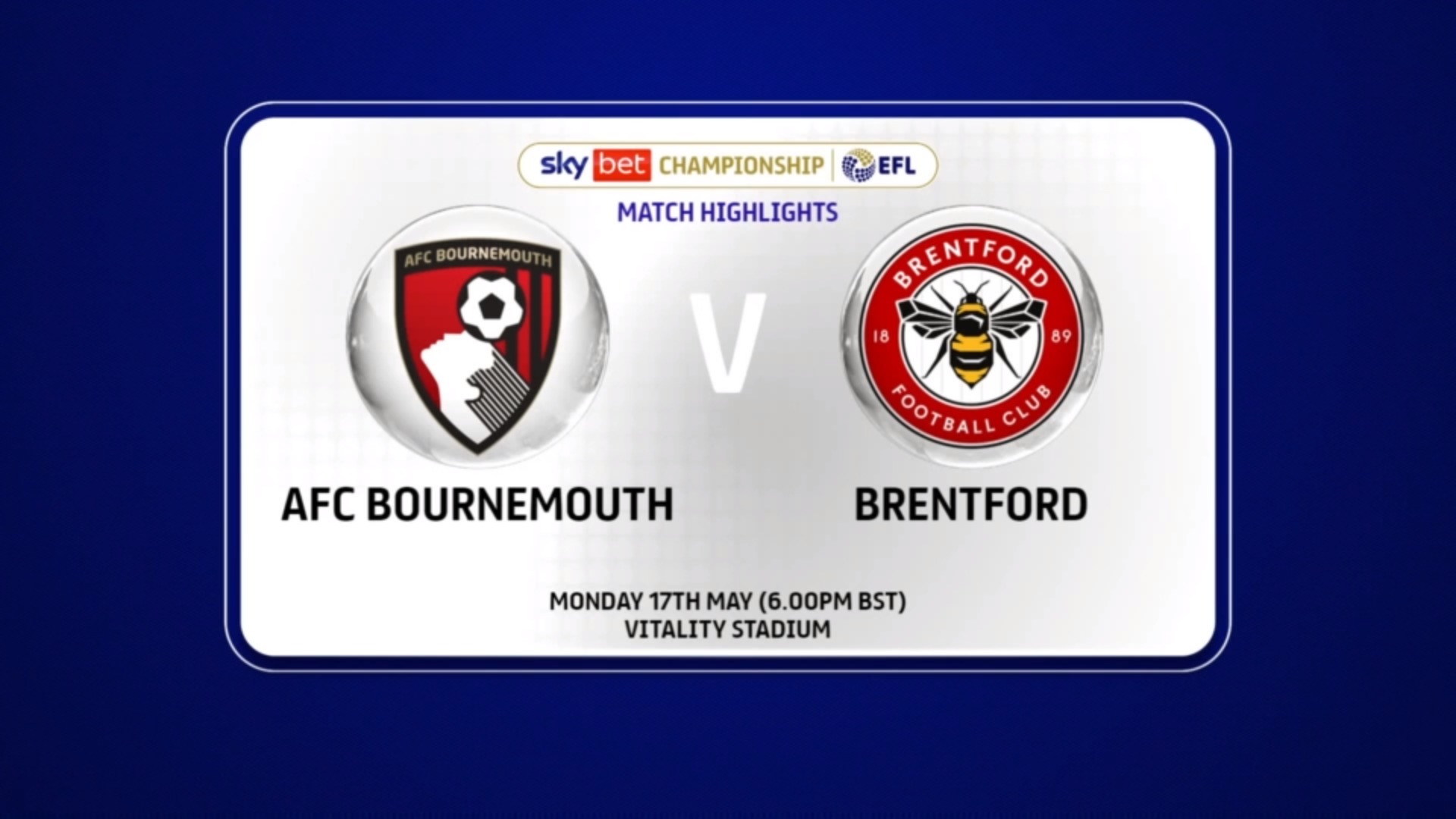 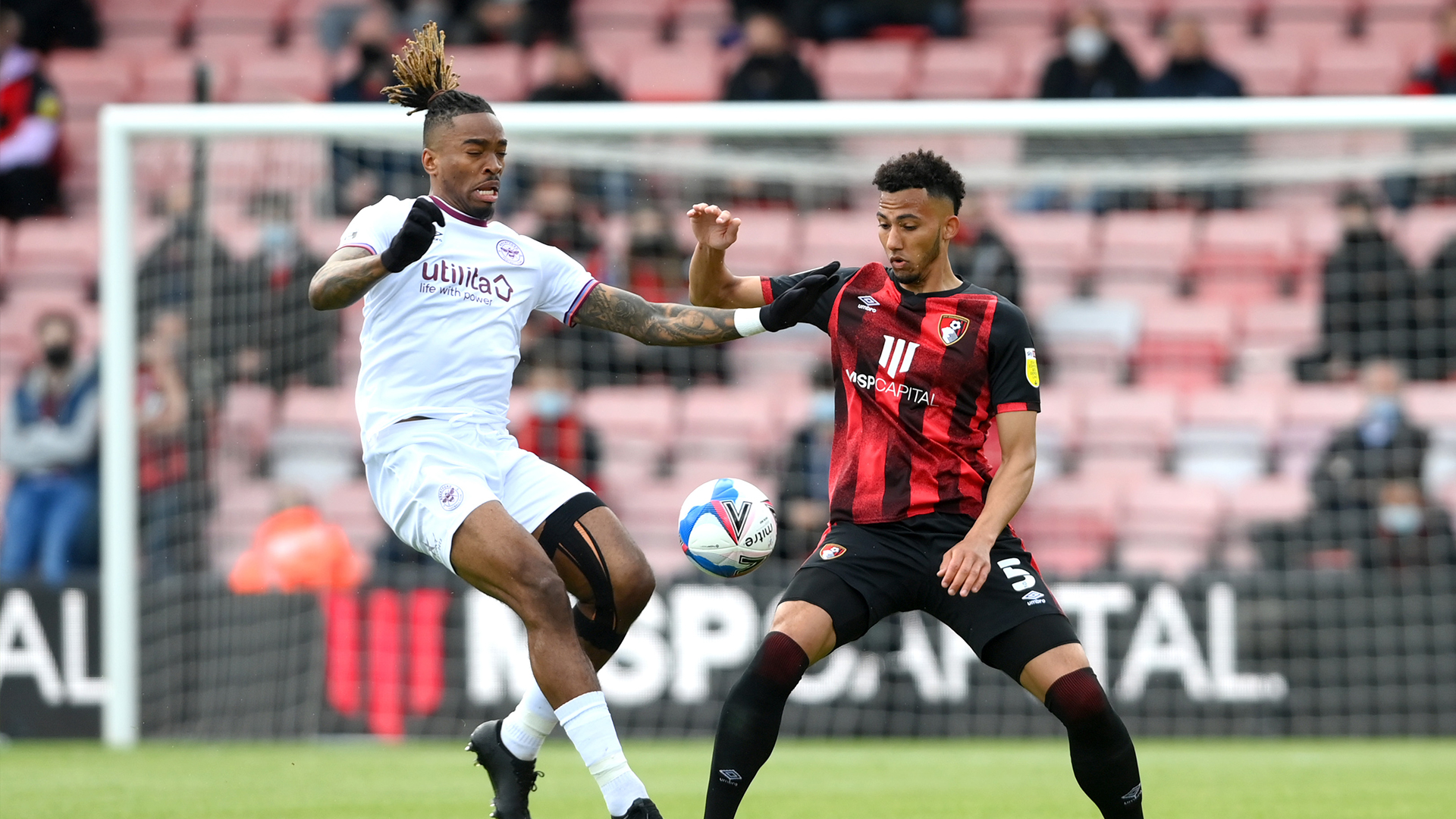