First hosts second this evening at Carrow Road as the Sky Bet Championship's top two meet in front of the Sky Sports Cameras. Norwich City have a seven-point cushion at the head of affairs but we head to East Anglia looking for a third straight league success. All the build-up to tonight's big clash can be found below.

Norwich City's last five seasons in the second tier, stretching back to 2010, have read promoted, promoted, eighth, 14th, promoted, and they look well on their way to adding a fourth promotion in six attempts this time round.

Daniel Farke's side hit top spot in mid-November and, aside from a four day spell in February, have been there ever since. After 33 games of their last Championship promotion they had 63 points, this time round they already have 70 in the bank.

On home soil they are unbeaten since October, winning ten and drawing four of their last 14 Carrow Road games. They've suffered the fewest defeats in the league this term (five), are the joint-third top scorers (47), and have the third best defensive record, conceding 25 in 33 games.

One area that Farke might want to keep an eye on as we head into the run-in is that 14 of their 21 wins this term have come by a single goal. Last month's 4-1 win over Stoke City is the only time this season they have won a game by more than two goals.

Teemu Pukki, who scored 29 the last time Norwich were in the second tier, has 18 this time round while Emi Buendia (pictured above), a reported January target for Arsenal among others, averages 3.3 key passes per 90 minutes, 1.1 more than any other second tier player.

Todd Cantwell (calf) has a less than 50/50 chance of playing tonight according to Daniel Farke. Marco Stiepermann came through 90 minutes for Norwich's U23s last week while Ben Gibson returned at centre-back against Wycombe Wanderers on Sunday. Josh Martin (toe) missed Sunday's game as did Michael McGovern and Sam Byran (both hamstring) but Orjan Nyland is back in team training.

Daniel Farke took over at Carrow Road in the summer of 2017 after two years as Head Coach of Borussia Dortmund II. Farke's playing career was dominated by three spells with SV Lippstadt 08, the club with whom he started his managerial career in 2009.

The 44-year-old spent six years with SV, earning back-to-back promotions from the Westfalenliga to the Regionalliga West, the fourth tier of German football. In 2015, Farke took over at Borussia II, a position he held until he headed to East Anglia. He followed up a 14th-placed finish during his first season with the 2018/19 Championship crown, his third promotion in seven years.

🆚 Connor Southwell from the Eastern Daily Press previews The Canaries

Tonight's game is live on Sky Sports Action as well as iFollow for Season Ticket and Premium Seat Members.

Next Up: Norwich City

A single goal was enough to settle the game between the two teams currently at the top of the Sky Bet Championship in favour of Norwich City. The Norfolk side are now ten points clear of the division after beating Brentford, who started the night in second, 1-0. The only goal came midway through the first half and was scored by Emi Buendía, slotting home from the edge of the penalty area, and that was enough to give his team the points.

A tight game probably ended with the right result as Norwich were a fraction better on the night and created more chances. David Raya made a few good saves while Brentford’s best chances came right at the start and right at the end of the game. If they had got the first goal it may have been different but Norwich’s quality both on the ball and, especially, out of possession was enough to see them over the line.

It was clear from the opening moments that the two teams would look to play similar styles of football. Both were comfortable with the ball in their own half and looked to build their attacks through midfield. They were also capable of creating chances and there were a few good openings inside the first 20 minutes.

The first of them went to Norwich when Buendía found space in midfield and threaded a ball through to Teemu Pukki, who had pulled in to the inside right channel, between Ethan Pinnock and Mads Bech Sørensen. Pukki was faced with Raya rushing out at him and lifted the ball wide. A Buendía free kick soon after found Dimitris Giannoulis inside the penalty area, but he failed to get enough power on his header and Raya again gathered.

Norwich might have slightly shaded the first ten minutes, but Brentford started to dominate possession and territory as the half wore on. Mathias Jensen and Saman Ghoddos were able to find space in midfield and brought Bryan Mbeumo and Sergi Canós, out wide, in to the game. The Bees were playing on the front foot and creating openings.

A clever touch from Ivan Toney created space for Jensen and Mbeumo to get Brentford moving forward. The ball was worked to Canós on the left and he cut inside and let fly with a fierce shot that Tim Krul turned away low to his right. There was an even better opening soon after when Canós and Jensen combined to free Mbeumo on the right. Mbeumo skipped past Giannoulis and drilled a ball across, Krul pushed it out and Canós looked set to shoot from close range but slipped as he arrived and missed his kick.

When a quick free kick was taken soon after, Jensen clipped a ball over the home defence and in to the path of Toney. The Brentford striker managed to get a volley away at full stretch but was unable to find the power to beat Krul. Canós also lashed an effort over the bar when a free kick dropped loose as Brentford continued to push forward.

The Bees seemed to have the upper hand, but it was Norwich that got the crucial goal. It came from a Brentford attack as Canós played a pass looking for Mbeumo on the right, only to see it intercepted by Giannoulis. The hosts went straight on the attack and the ball was worked to Buendía on the right. He weaved his way inside, across the penalty area and placed a left foot shot past Raya and in to the far corner from 18 yards.  Norwich has turned defence to attack in a few smart passes and had a match-winning advantage.

Raya saved from Mario Vrančić later in the half and the same Norwich player lashed over as the home side ended the first half with the upper hand. Pukki also had a shot blocked in stoppage time before he could have given his team breathing space with the last kick of the half. Brentford were once again on the attack as Norwich cleared a long throw. Buendía got on to the loose ball, broke forward and played an unbelievable pass to release Pukki in behind. Once again, the Norwich striker only had Raya to beat, but the Brentford goalkeeper won the battle, sticking out a big hand to make a save and ensure The Bees went in only one down at half time.

It could have been two soon after the break when Kenny McLean won a flick on and Pukki got on to the ball on the left, he worked his way in to a shooting position and let fly from the edge of the penalty area, but Raya got down well to save. And Norwich had other openings in the early stages of the second period. Grant Hanley swivelled and shot wide when Pukki flicked on a corner and fellow centre half Ben Gibson met another delivery from Buendía but failed to get enough power on it and Raya saved low.

Pinnock headed a free kick wide for The Bees and Canós had a shot blocked but The Bees were not creating many chances. They had spells of possession but Norwich’s back four and two holding midfield players were preventing Brentford building attacking possession and creating chances. And the home side’s quality without the ball was enabling them to create openings of their own when they got it back. Pukki fired wide at the near post before Buendía, who set up that chance, then found Hernández inside the penalty area, he managed to create space for a shot, but Raya was able to save.

Giannoulis fired wide at the near post for Norwich but as the game entered the final stages, the hosts retreated. Brentford introduced Mads Roerslev, to give a different option at left back, as well as Marcus Forss, to partner Toney in attack. Christian Nørgaard, also on in midfield, and Jensen got on the ball and The Bees pressed forward, searching for a goal.

Toney was unable to direct a header from a Roerslev cross and went close again soon after. Dalsgaard headed a ball down, Forss laid it off and Toney burst in to the box, only to push his shot past the far post. A brilliant pass from Jensen then released Roerslev on the left and he stood up a cross, but Dalsgaard was unable to head home.

As the game entered the dying seconds, it was all in Norwich territory. Referee Tom Robinson waved away appeals when Mbeumo looked as if he may have been bundled over by Hanley when trying to reach a Toney flick. Mbeumo then had a shot blocked. Raya came forward for the resulting corner and Norwich were unable to clear the first ball, but Mr Robinson spotted an infringement as Forss headed towards goal and that was that.

Next Up: Norwich City 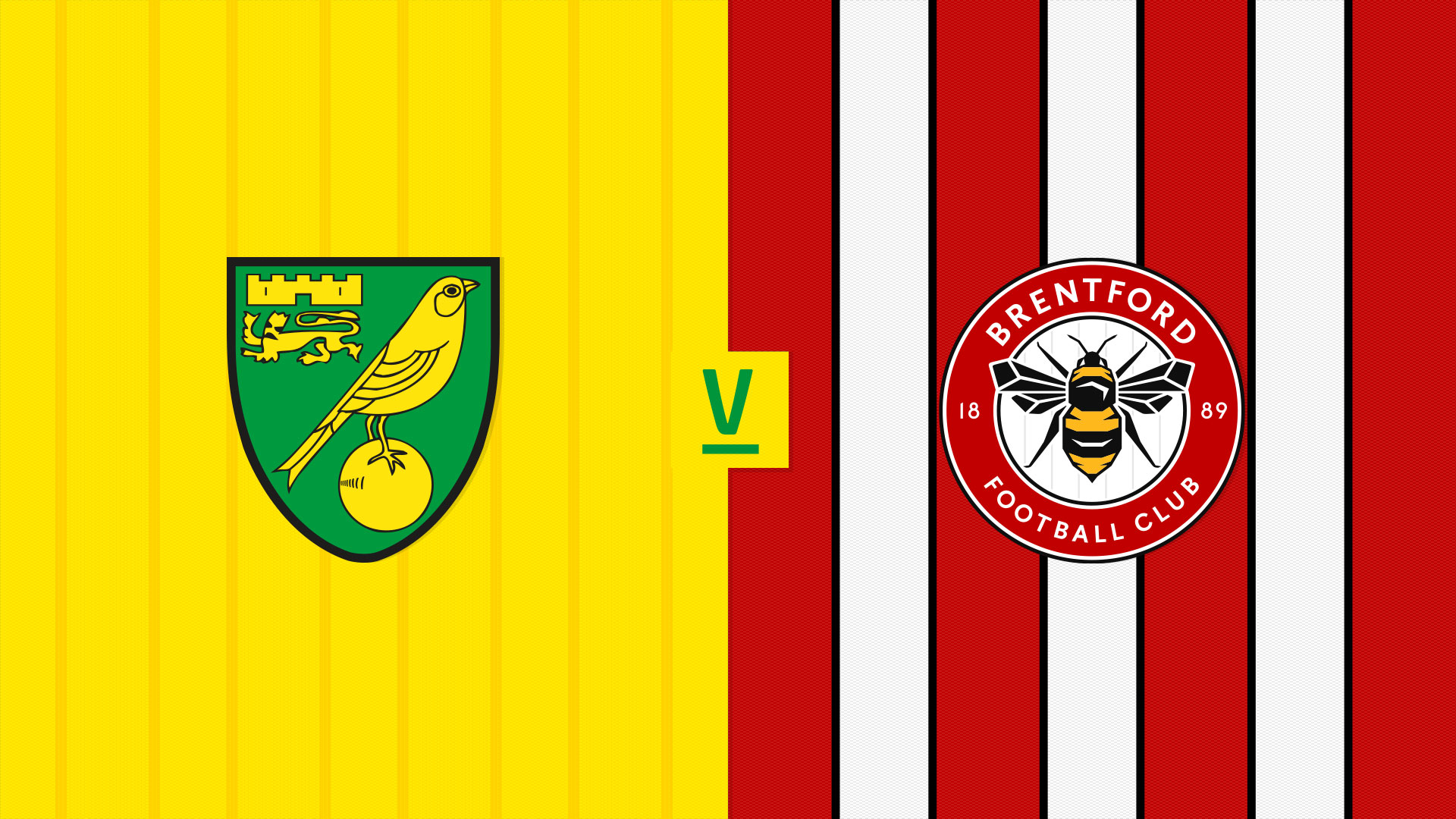 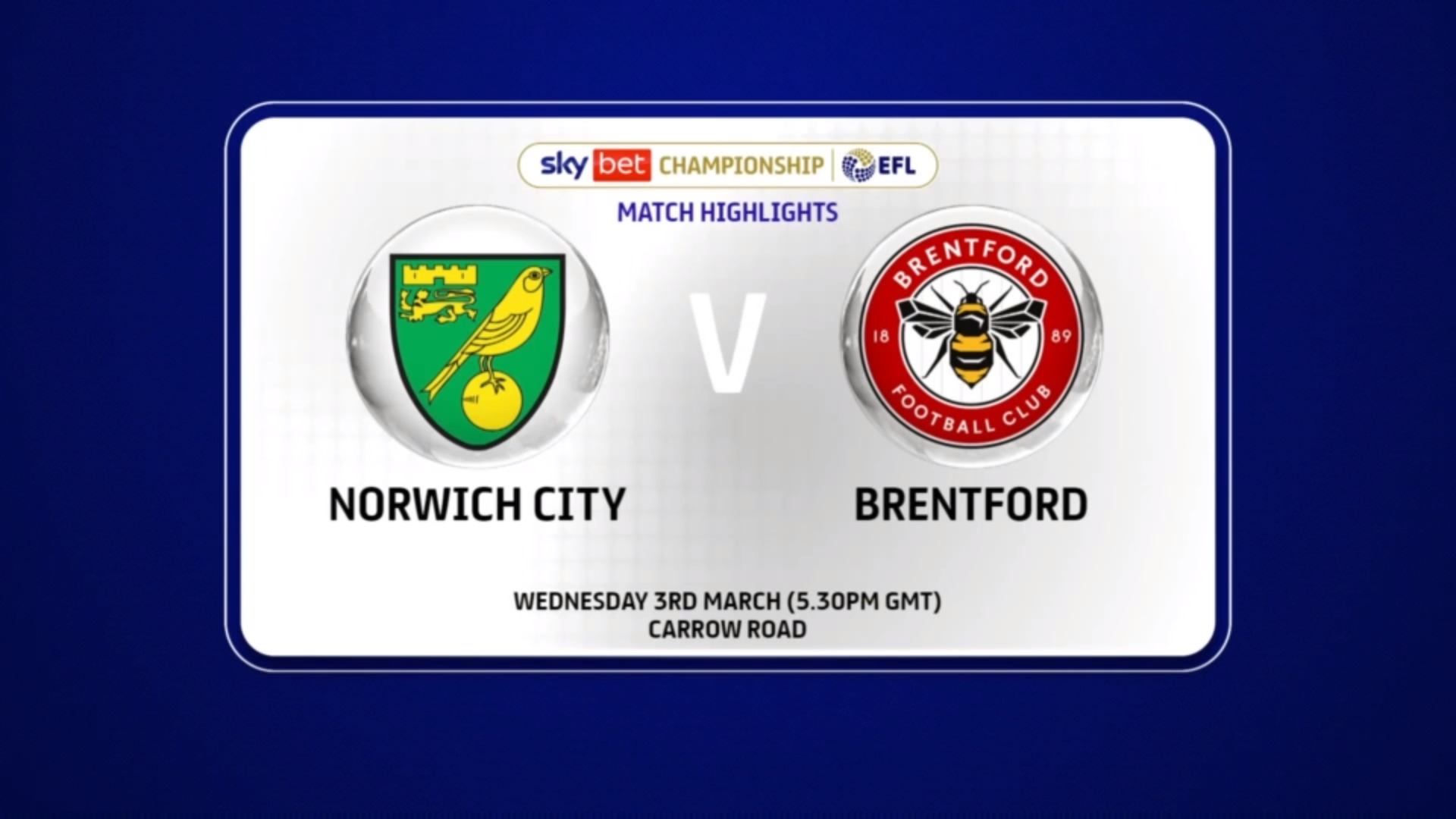 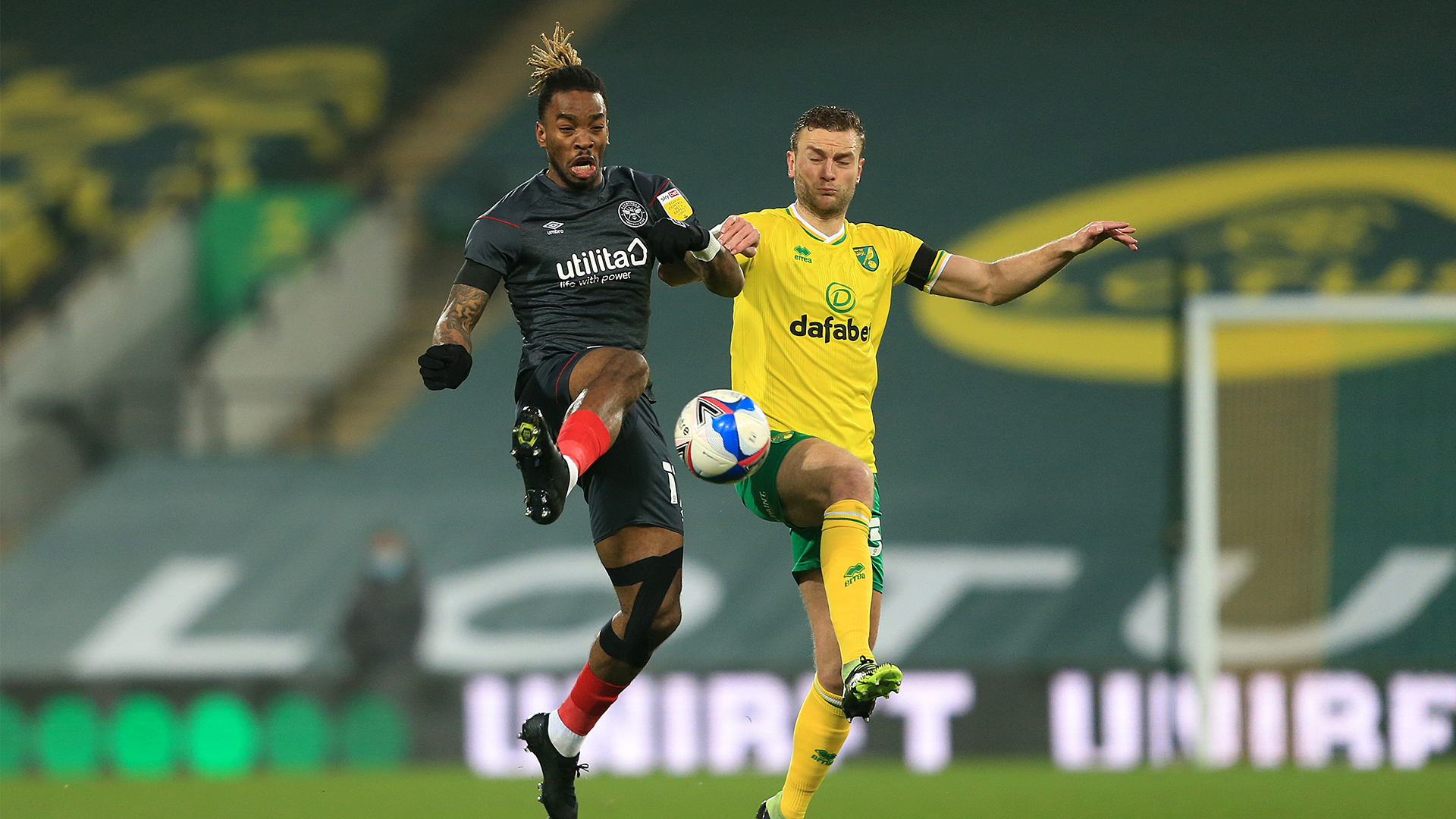