We complete this week's East Midlands double by welcoming Nottingham Forest to the Brentford Community Stadium tomorrow lunchtime. The Sky Sports cameras will be in TW8 as we look for a first double over The Reds since 2016/17. All the build-up and info ahead of the game can be found below.

Nottingham Forest continue to cast the odd glance over their shoulder as we head into the final stages of the season with Chris Hughton's side still not guaranteed their spot in next season's Sky Bet Championship.

Those glances may have become a little bit more frequent in recent weeks with The Reds without a win in five. They retain a nine-point advantage over Rotherham United but The Millers do still have those four games in hand.

Tomorrow's game will be Forest's fourth consecutive match against a side in the top six following defeats to Watford and Norwich City, either side of a draw at home to Reading. It doesn't get much easier after the break for them with a trip to Cardiff City their Good Friday fixture.

Chris Hughton, appointed in October, has made them much more difficult to beat since arriving at The City Ground. Forest have the fifth best defensive record in the entire division, conceding exactly a goal a game this term.

At the other end of the pitch, they have found the net just 29 times in 37 matches with Lyle Taylor leading their scoring charts on four.

Forest's games have the lowest goal average in the division (1.78) and half of their 18 away league games this term have gone into the break at 0-0, indeed only one has seen more than one goal in the opening 45 minutes.

Pontus Jansson returned to the starting XI on Tuesday night at Derby County. The skipper's return means it is just Josh Dasilva (hip), Rico Henry (hamstring), Luka Racic (back), and Shandon Baptiste (knee) who are out.

Forest face the rest of the season without Joe Lolley (hamstring) while Joe Worrall (rib), Harry Arter (calf) and Fouad Bachirou (hamstring) will also miss out tomorrow. Lewis Grabban and Scott McKenna returned to action this week while Hughton is hopeful goalkeeper Brice Samba and winger Anthony Knockaert will be fit after missing the midweek defeat to Norwich City.

Chris Hughton took over at Forest following a five-year spell in charge of Brighton and Hove Albion. After taking over on the South Coast in 2014, Hughton led the club to promotion to the Premier League for the first time in its history in 2017 and successfully avoided relegation for two successive seasons before being dismissed in May 2019. Prior to that he got Newcastle United promoted back to the Premier League, reached the Championship Play-offs with Birmingham City and saved Norwich City from Premier League relegation.

The former left-back spent over a decade playing for Tottenham Hotspur before moving to West Ham United and finally Brentford in 1992. Hughton won two FA Cups, a UEFA Cup, and the Charity Shield with Spurs and was a part of our 91/92 Third Division winning side. He earned 53 caps with the Republic of Ireland, for whom he acted as assistant manager between 2003 and 2005.

⚖ Graham Scott will be the man in charge tomorrow lunchtime

🆚 Sarah Clapson of the Nottingham Post previews The Reds

Saturday's game is live on Sky Sports as well as iFollow for Season Ticket and Premium Seat Members.

Only audio passes are available to buy on ifollow.

Next Up: Nottingham Forest

Ivan Toney’s 28th goal of the season was not enough to give Brentford three points against Nottingham Forest. The Bees took an early lead as Toney converted from the penalty spot, but other chances came and went. Forest took advantage, scoring a second half equaliser to take a share of the spoils.

Brentford will consider themselves unlucky not to have won the game. They created far more chances than the visitors and David Raya, in the Brentford, goal was not tested in a meaningful fashion before or after the equaliser. But Forest defended well, made the most of their fortune as The Bees hit the crossbar and post and got themselves a point.

Almost nothing had happened in the game before Brentford’s early goal. The Bees had dominated possession but mostly played in their own half at a slower pace. Forest had defended deep but worked hard without the ball and looked to break quickly when they won it. James Garner broke from deep, played a one-two with Filip Krovinović, and smashed a shot well over for the visitors in the best example of their game plan in the opening exchanges.

But conceding early would not have been part of the plan. The Bees won a corner on the right and Bryan Mbeumo floated it towards the penalty spot. Toney may have been able to head in, but referee Graham Scott spotted Gaëten Bong with his arms around the Brentford striker, seeming to pull him down. A penalty was awarded and Toney waited for Brice Samba to dive to his right before placing the ball in the opposite corner to put The Bees in front.

That was not the only opportunity for Mr Scott to point to the spot in the first part of the game. Mbeumo weaved his way away from Bong on the left and stayed on his feet as a hack came in on the by-line that may have slightly clipped him. At the other end, Alex Mighten weaved between Henrik Dalsgaard and Mathias Jensen inside the penalty area and threw himself to the floor. This time Mr Scott decided the Forest man had dived and cautioned him.

Forest had an attacking intent, but The Bees had most of the ball and created a few good chances to give themselves breathing space. When Christian Nørgaard won the ball in midfield, Toney and Sergi Canós combined to put Mbeumo away in the inside left channel, he burst in to the penalty area and drilled in a shot that flew across Samba and just past the far post. Canós saw a shot blocked and Toney played a one-two with Mbeumo before lashing an effort wide from distance.

Brentford were causing Forest problems from set pieces, particularly when Mbeumo delivered from the right. One delivery was met by Dalsgaard, who couldn’t direct it, Nørgaard arrived at the far post but his effort looped up and the officials awarded Forest a free kick as bodies came together inside the six-yard box. Mbeumo floated another one deeper for the arriving Vitaly Janelt, the shot bounced in the ground and over Samba but hit the crossbar. It rebounded straight to Dalsgaard, who had no time to react and could only poke it wide off the outside of the post.

Raya held on to a free kick from Krovinović, who tried to curl one in from the left touchline. He then watched as Lewis Grabban ran from deep and smashed a shot well over the bar. Canós had a shot blocked after getting a pass from Janelt, when a return pass may have been the better option. And Toney had another sight of goal late in the half when he drifted away from Bong to meet a deep Jensen cross. The ball was drilled back across, but Forest cleared.

Brentford had much the better of the first half, being more incisive with their possession and creating more chances. but Forest could have levelled at the very end of it. They worked the ball well in Brentford territory and created space for Bong to cross from the left, Grabban found space to meet it, but headed over from seven yards. It would have been harsh on The Bees if they had not gone in at half time ahead, but the chance showed Forest’s attacking threat.

The visitors were positive at the start of the second half. They were higher up the pitch with and without the ball and spent more time in Brentford territory. The Bees were forced to defend their penalty area and mostly restricted the visitors to long-range shots. A Cyrus Christie effort was blocked and Sammy Ameobi pulled an effort wide from distance.

Forest were leaving space and Brentford had chances to get the second goal. Toney had a shot blocked after a run from deep and Janelt then created space for Canós to shoot, but he failed to trouble Samba. Nørgaard played a one-two with Toney before letting fly with a shot that was blocked. Canós got on to the loose ball but his effort was, again, blocked.

It took a magnificent piece of defending from Bong to deny Brentford soon after. Jensen turned cleverly in midfield and Nørgaard stepped on to the ball, freeing Toney inside the box. Toney chose to square for Mbeumo and his shot was, somehow, deflected over the crossbar by Bong. The defender was on the floor but managed to get a leg in the way. The corner was played short and Mbeumo delivered to the back post where Janelt met it but lashed over.

But the second goal wouldn’t come and Forest got themselves level. They may have been a bit fortunate as it looked like Cafú fouled Jensen in midfield, but Mr Scott allowed play to go on and the ball was worked to the left. Bong delivered a cross, Grabban got a touch that Brentford couldn’t deal with and Krovinović stroked it in to the bottom corner from 12 yards.

That gave Forest parity with just over half an hour remaining and The Bees had to go looking for another goal. The visitors retreated in to a deeper position with a point in their grasp and asked Brentford to break them down. The Bees created a few good openings but were unable to find the crucial goal.

Toney dummied a Mbeumo pass to allow Saman Ghoddos in on goal, but Christie got back to make a vital tackle. Ghoddos then fizzed a shot just wide when Toney laid the ball in to his path. Toney was involved again as he was put away on the right by Marcus Forss, Scott McKenna fell on the ball as he went to block it and Ghoddos found Tariqe Fosu 15 yards out. Fosu went for the bottom corner but Tobias Figueiredo made the block.

Christie almost snatched the game for Forest with a long range shot that flicked Jensen and flew just wide, but it was Brentford that were pressing. A long throw was headed on by Emiliano Marcondes and reached Forss but bounced awkwardly and he headed wide. Toney then almost conjured a winner with a long range effort that took a deflection and fizzed along the turf, out of the reach of the scrambling Samba but just wide. And with Forest surviving that, they took a point.

Next Up: Nottingham Forest 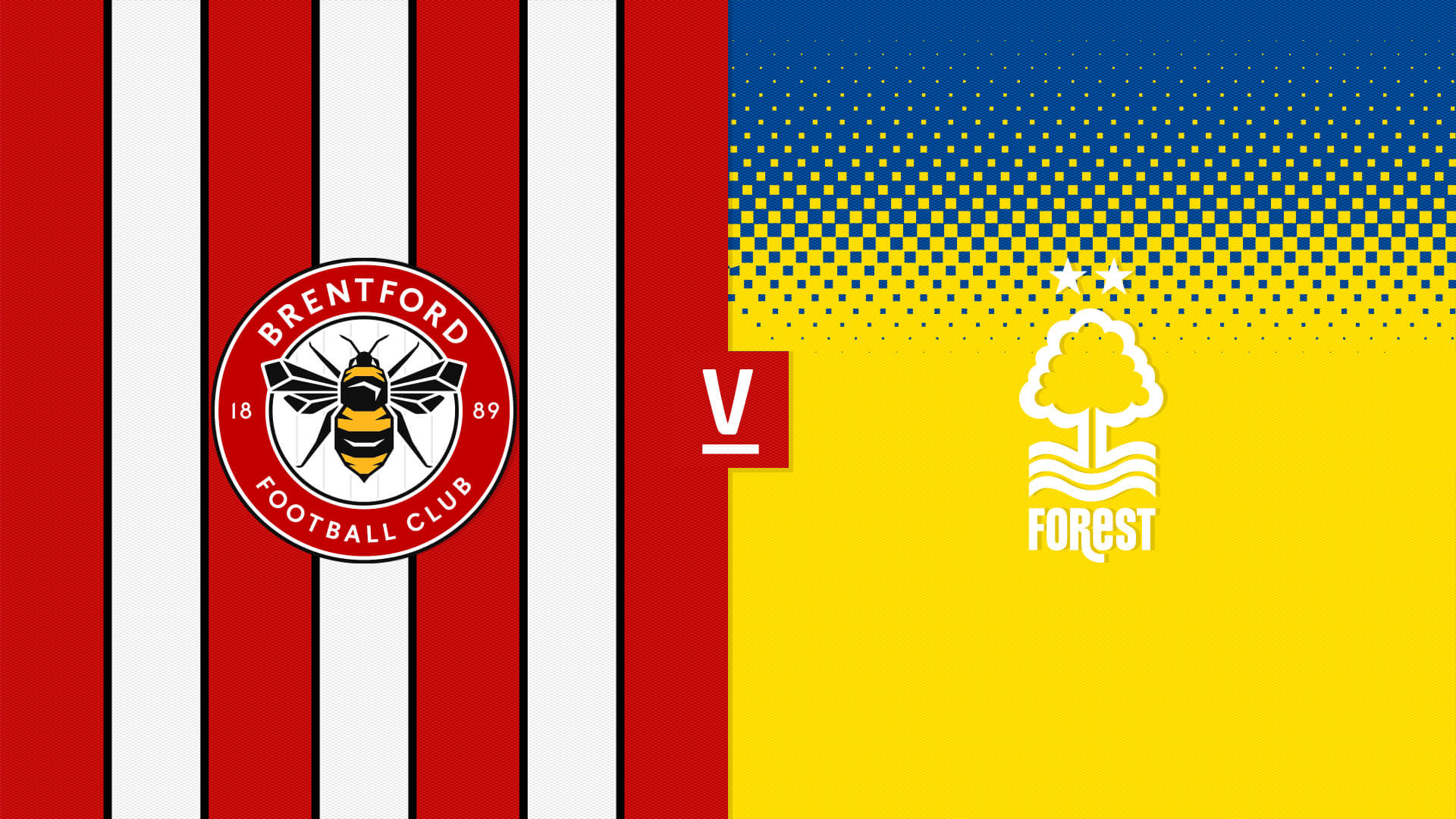 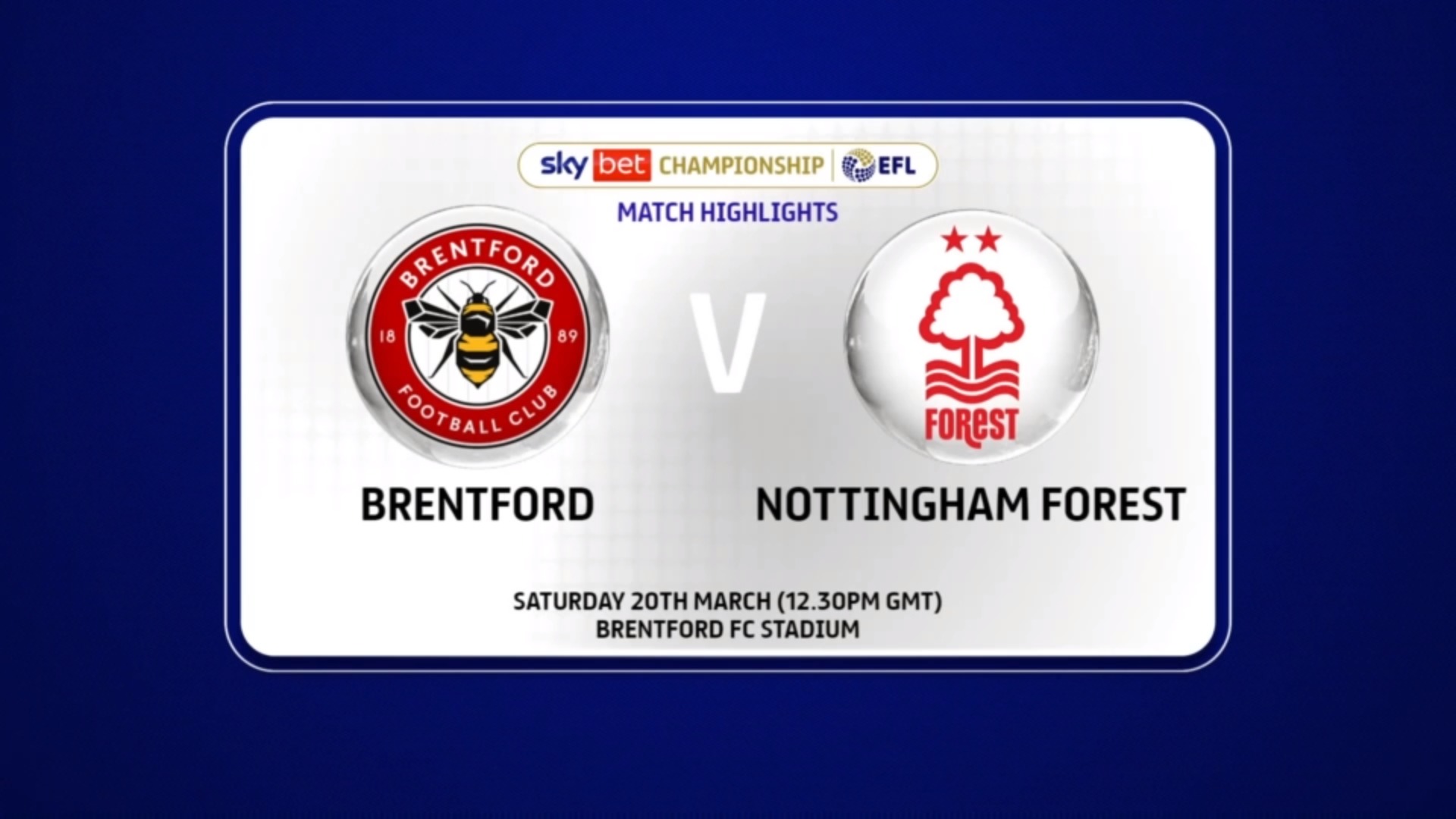 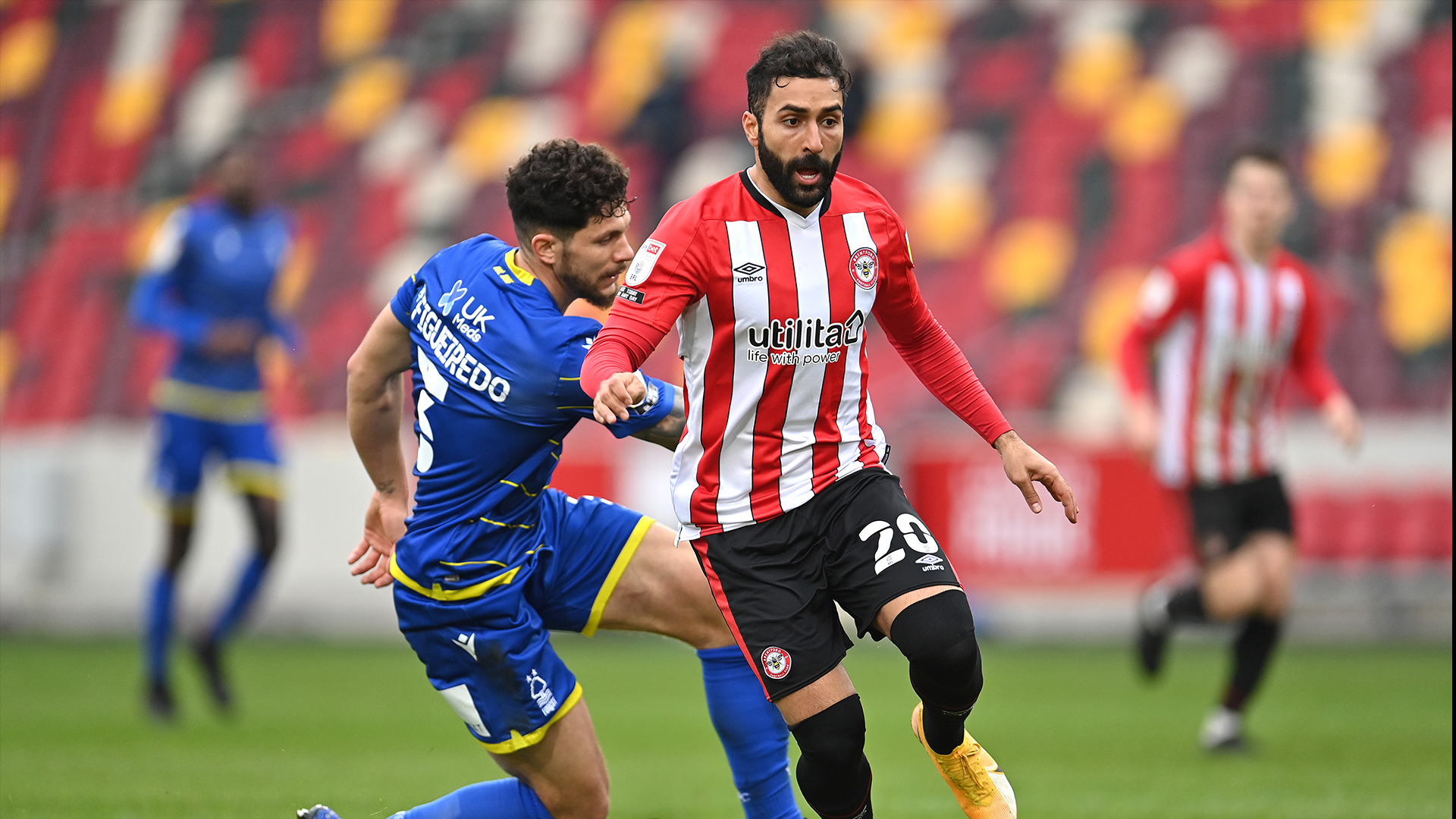