A lunchtime date at St Andrew's is up next in the Sky Bet Championship, Coventry City tomorrow's opponents in the second city. Both sides head into the weekend's games on the back of consecutive league defeats with points a priority at both ends of the table. Below you will find all the info ahead of the big game.

Highfield Road, Ricoh Arena, Sixfields, and now St Andrew's, the fact that each of our last four games at Coventry City has taken place in a different stadium shows the backdrop against which Mark Robins has raised The Sky Blues from League Two to the Championship in just three seasons. And having got to the second tier, everyone associated with City are fighting to ensure that they now stay there.

The Sky Blues head into tomorrow's game in 20th position, three points above the drop zone, after a run of one win in seven. Indeed going back further, City have taken just nine points from their last 11 in the league, as well as exiting the Emirates FA Cup at the hands of Norwich City in Round Three.

It is defensively where they have struggled, only Wycombe Wanderers and Huddersfield Town have conceded more than them, despite the fact that Coventry are middle of the pack for shots faced per game.

Gustavo Hamer (5) is their top scorer in the absence of last term's leading marksman Matty Godden, who has been out since the New Year.

Given the tight turnaround there's no change in availability for Thomas Frank. Tomorrow's game will just come too soon for Christian Norgaard (ankle) and Emiliano Marcondes (back) while Luka Racic (back), Pontus Jansson (ankle), and Shandon Baptiste (knee) are the longer-term absentees.

For Coventry, skipper Liam Kelly came off the bench in midweek for his first appearance since December. The above mentionned Godden (foot) has just started light jogging as has Fankaty Dabo (knee). Josh Reid (hamstring), Jodi Jones (knee), and Jordan Thompson (toe) remain some way away.

Mark Robins, the man whose FA Cup Third Round goal against Nottingham Forest in January 1990 went down in urban legend as the saving of Sir Alex Ferguson at Manchester United, played more than 400 domestic games, scoring 124 goals, before stepping into management in 2005. As a player he won an FA Cup, Charity Shield, European Cup Winners' Cup and European Super Cup in the early 1990s at Old Trafford as well as the League Cup with Leicester City in 1997.

The former England Under-21 international began his managerial career with Rotherham United before moving onto Barnsley in 2009. Earning a reputation as a relegation firefighter, Robins led the Tykes away from danger during his first season in charge and performed a repeat act during a short spell with Coventry City in 2011/12. He then kept Huddersfield Town up on the final day of the 2012/13 season before an 18-month spell in charge of Scunthorpe United. A move back to Coventry in March 2017 brought about Robins' first silverware as a manager. He won the EFL Trophy a month later and then earned Coventry's first promotion in 51 years through the 2017/18 League Two Play-Offs. Last season saw a further promotion back to the second tier as well as an LMA Manager of the Year prize for the 51-year-old.

⚖ Stephen Martin will be the man in charge tomorrow

Tomorrow's game is live on Sky Sports as well as iFollow for Season Ticket and Premium Seat Members.

Next Up: Coventry City

A goal in each half condemned Brentford to defeat against Coventry City. After a mostly even opening that Brentford might have shaded, the home side went ahead when Tyler Walker converted a penalty. The hosts deservedly had the lead at the interval, despite some positive moments for The Bees, and Walker made it two after the break to give them the points.

And Brentford can have few complaints with the 2-0 defeat. They were culpable for the goals they conceded and did not create many clear-cut chances at the other end. Once the home side got two goals up, they were mostly untroubled and sent Brentford home with nothing.

Brentford could have scored within the opening seconds of the contest. Sergi Canós battled for the ball on the left and it appeared to be rolling in to the path of Bryan Mbeumo but Dom Hyam got across to make the tackle. Mbeumo floated the corner in, Vitaly Janelt flicked it on at the near post and it looked set for Marcus Forss to turn in before Leo Østigård got his head to it.

But after that bright start, Brentford lost their way a little. They were finding it difficult to move the ball around the pitch, not helped by the windy, rainy conditions and a pitch that did not run entirely true. The Bees had a lot of possession, but it was occasionally messy and often ended with a ball forward that conceded control.

David Raya made a save from a Callum O’Hare snap shot but when the hosts took the lead, it came out of nothing. Brentford appeared to have dealt with the danger when Raya saved another fierce shot from O’Hare and Rico Henry got to the loose ball. But Max Biamou went to challenge and got a touch on the bouncing ball before Henry was able to clear. Henry then kicked Biamou and referee Stephen Martin pointed to the spot. Walker took the penalty and his low effort flew under Raya and he dived to his right, giving Coventry the lead.

The home side had the advantage on the score board and also on the pitch. They looked more comfortable and had control of the midfield area. But Brentford responded well after the goal and could have levelled immediately. A clever free kick from Saman Ghoddos found Mathias Jensen breaking in behind. As the ball dropped, Jensen tried to nod it in but failed to get the required power on it and Ben Wilson saved.

Henry got on to a deep Mbeumo ball soon after and fed Jensen, the cross looked like it would reach Forss but Hyam again made the clearance. Mbeumo had a header deflect wide soon after before a lengthy spell of possession ended with Ghoddos turning inside the penalty area, but his shot was blocked. Janelt got on to the loose ball but his effort was also blocked.

As the game started the stretch Coventry also had openings. Sam McCallum got away from Mads Roerslev and cut a ball back, but Walker missed his kick. The next shot from Østigård was deflected wide. The corner was played deep, Kyle McFadzean headed down and O’Hare let fly with a powerful volley that Raya saved brilliantly, keeping his wrists firm to block the effort.

Another McFadzean shot hit O’Hare later in the half but Brentford ended the half on the front foot. There was more forward drive from midfield and full back and the game was being played more in Coventry territory. A superb pass from Janelt released Henry on the left and his cross was drilled along the six-yard-box but Hyam got there ahead of Forss to clear. The corner from Mbeumo flew across the area with no-one able to get a touch on it.

Canós had a shot blocked in the dying seconds of the half and Ethan Pinnock headed the resulting corner on to the roof of the net, but Coventry went in at the break with the lead. And the home side wrestled the initiative after the interval. If they had defended for a period at the end of the first half, it was a different story in the early stages of the second.

The home side had already gone close through Gustavo Hamer, firing in to the side netting, before they got a second goal just before the hour mark. Biamou intercepted as Raya tried to play in to midfield and found O’Hare. The next pass was on to Walker and he turned a shot low past Raya and in to the net to give his team breathing space.

Brentford made a series of changes, with Henrik Dalsgaard, Josh Dasilva and Tariqe Fosu all introduced. But the next change they had to make was potentially more important as Henry was withdrawn after stretching attempting to reach a ball on the left. He was unable to continue, and Winston Reid was brought in to a reshaped defence.

Once those changes had been made, Brentford started to find their attacking impetus. A curling shot from Jensen bounced awkwardly in front of Wilson and the goalkeeper pushed it away. A quick free kick then released Canós on the left and his deep cross was met by the arriving Dalsgaard, but the shot flew across the face of goal.

Those chances came in the space of a couple of moments, but they were not the start of a comeback. Coventry had control of the contest, slowed it down and limited The Bees. A shot from Dasilva deflected wide but there were also chances at the other end as a corner was almost headed in by Hyam and Amadou Bakayoko had a shot blocked.

The last half hour, like other patches of the contest, lacked definition. Brentford were driving forward but Coventry had a solid back line and there was little space for The Bees to move in to. The home side dealt with balls in to their penalty area and anything else Brentford could offer and took a deserved win.

Next Up: Coventry City 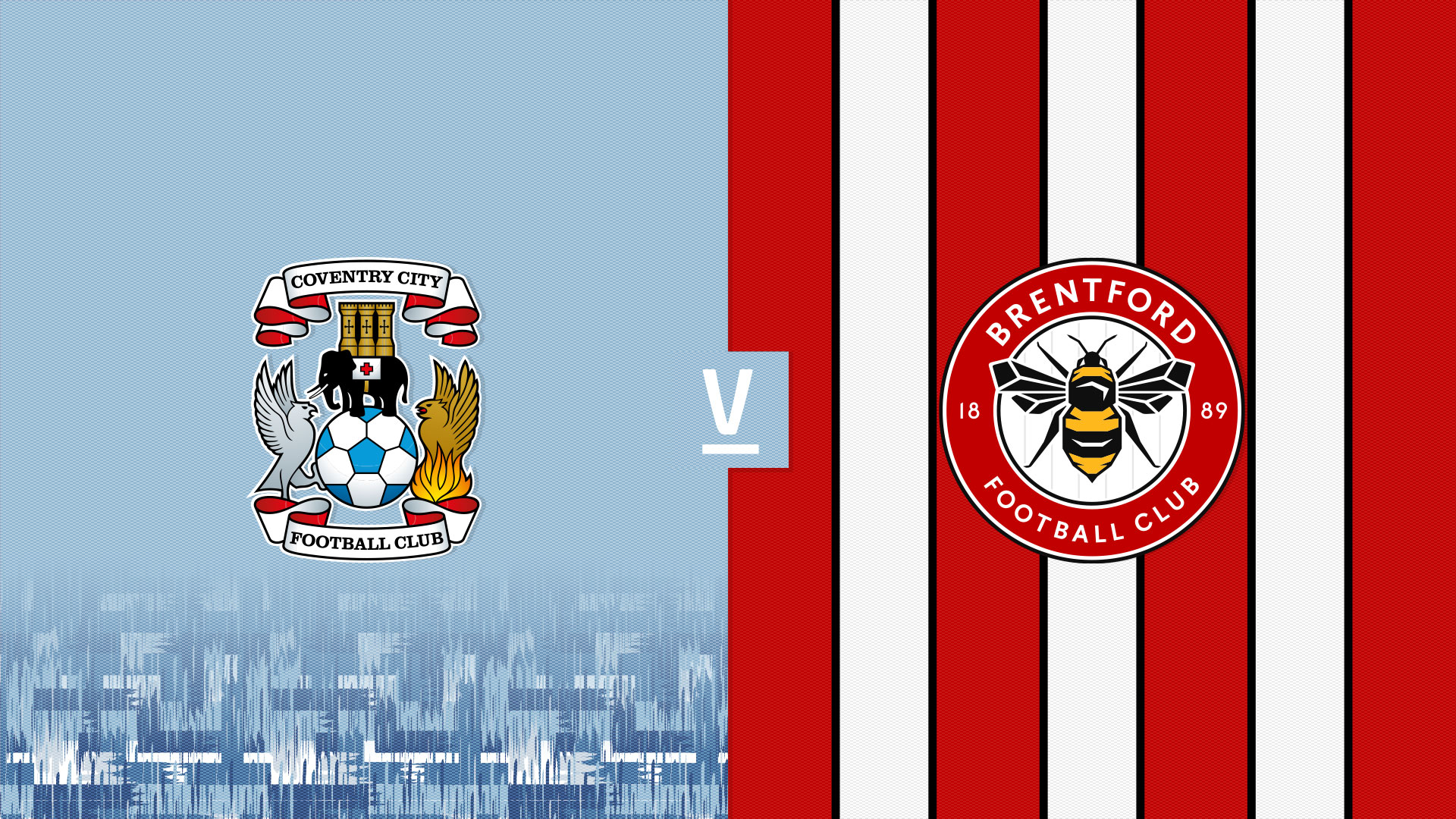 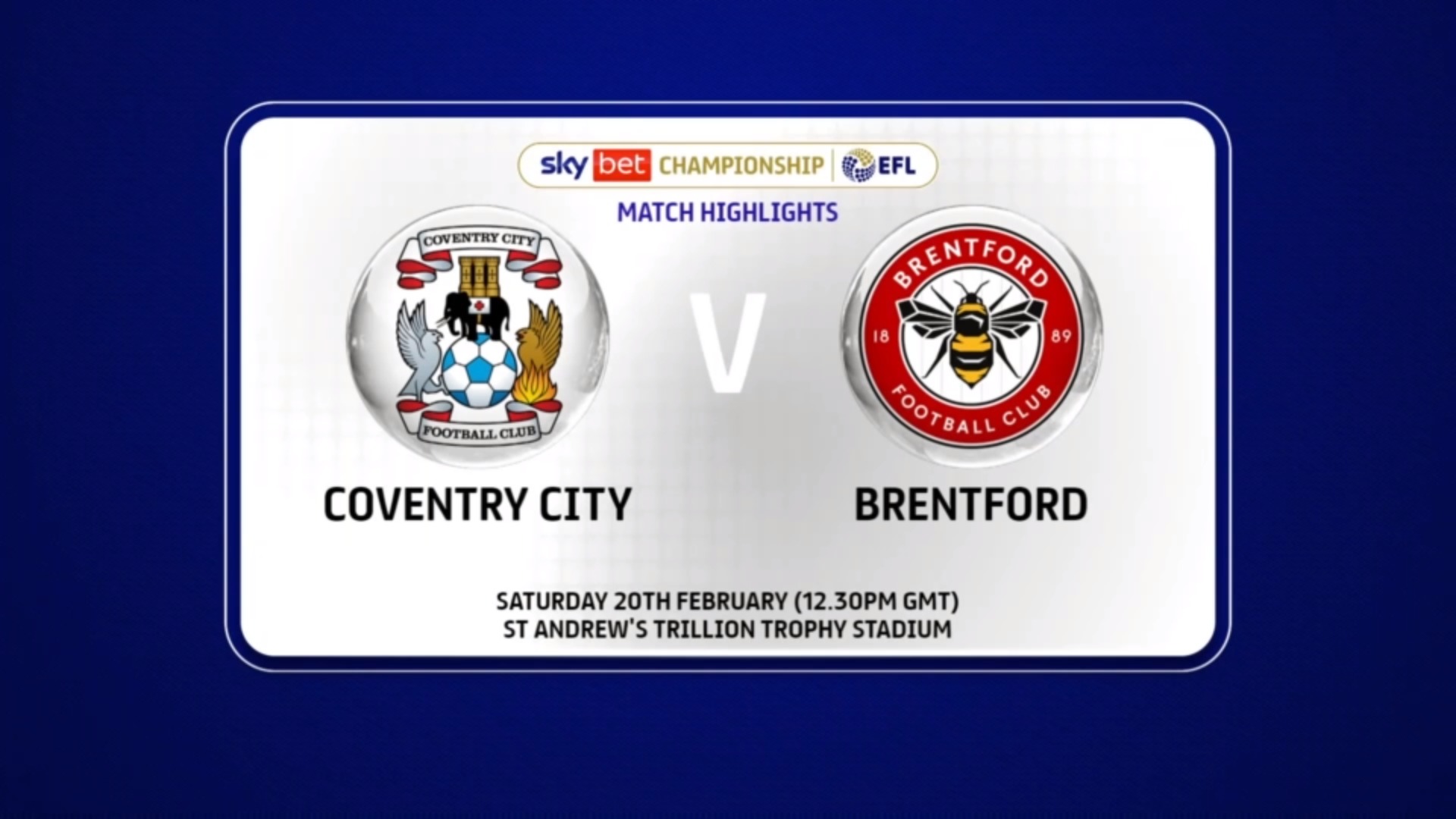 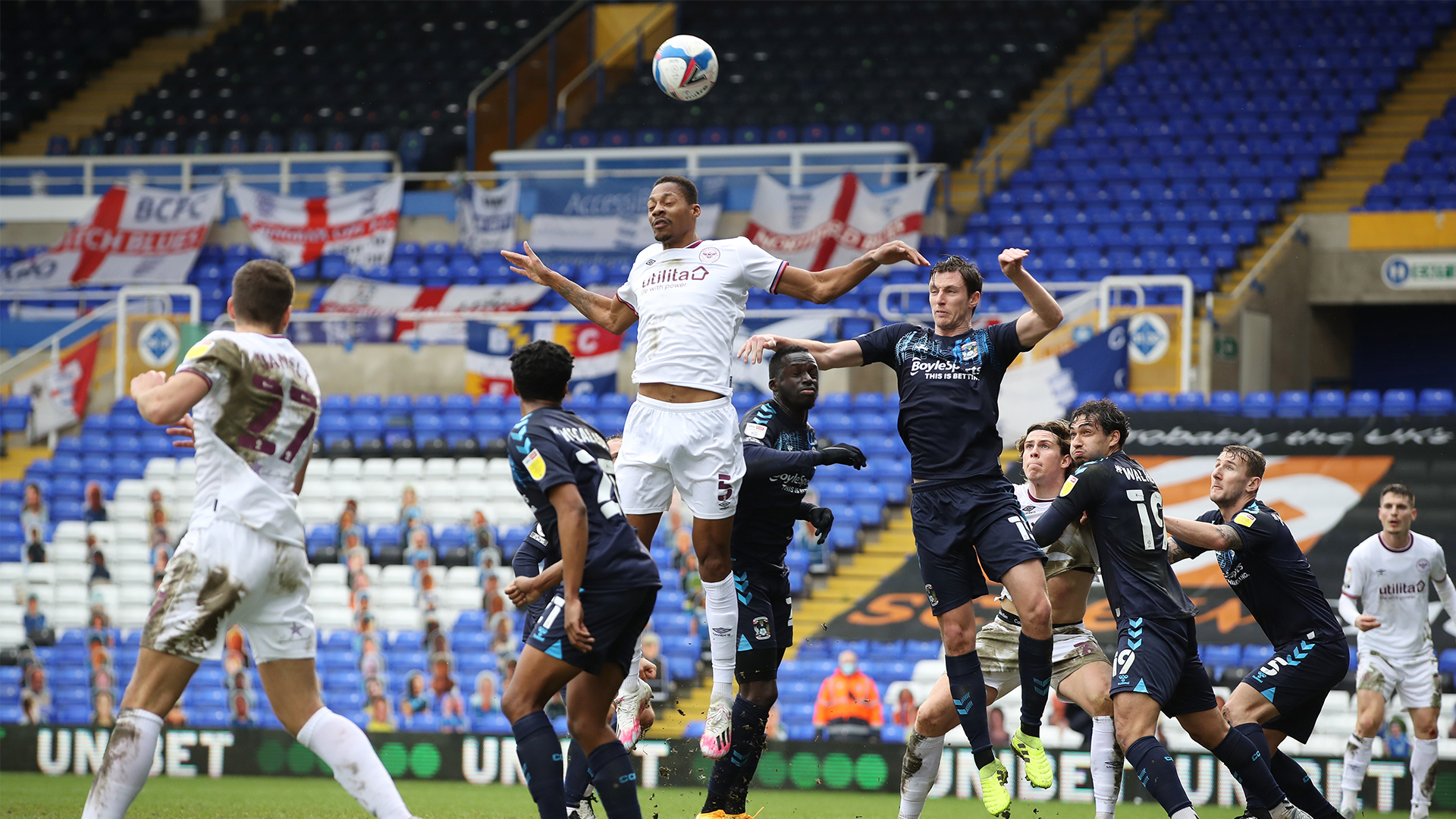