It's destination Deepdale for Thomas Frank and The Bees tomorrow for our latest Sky Bet Championship outing. Preston North End's pre-season hopes of a top six finish may be long gone but they will be keen to finish strong under interim boss Frankie McAvoy heading into the 2021/22 campaign. Find out all the info ahead of tomorrow's game below.

After four top half finishes in five seasons, Preston North End looked to have a solid foundation to build on under Alex Neil this term and aim for that elusive top six spot.

However, that promotion push never materialised with Preston heading into tomorrow's game anchored in the bottom half of the table.

North End were wildly inconsistent to start the season. They won 11, lost 12, and drew just two of their opening 25 games before a difficult January Transfer Window threatened to derail their campaign completely. Eight players left with regulars Darnell Fisher, Ben Pearson, and Ben Davies all departing in the final 72 hours of the window.

In their absence, North End won just two of their next 11, a run which saw Neil pay with his job at the start of the March international break.

Frankie McAvoy, a coach under Neil previously, took over First Team affairs and has made a bright start in charge. He held league leaders Norwich City to a 1-1 draw on Good Friday and followed that up with a 1-0 win at Swansea City on Easter Monday.

A lack of firepower has cost North End this season. They've won just five of their 20 home games this term, not helped by being the fourth-lowest scorers on home soil in the division (16). They do have the sixth best home defensive record in the league, conceding 19 in their 20 games, but have conceded the first goal a league high 12 times at home in 2020/21.

Initially an academy coach, the Scot worked his way up the coaching structure at Hamilton to first team coach, with a time as academy director. He spent a decade at The Accies before his move south of the border to the Canaries.

Two further years followed at Carrow Road before leaving alongside Alex, who he joined at North End. Following Neil's departure, McAvoy was appointed as interim head coach for the remainder of the 2020/21 season.

Thomas Frank confirmed to the press earlier that we will still be without Henrik Dalsgaard (knee), Rico Henry (hamstring), Josh Dasilva (hip), Shandon Baptiste (knee), and Luka Racic (back) for tomorrow's game.

Joe Rafferty and Greg Cunningham are both out for North End while Daniel Johnson, Sean Maguire and Anthony Gordon (all calf) face late decisions over their involvement.

⚖ Tony Harrington will be the man in charge tomorrow

There is no VIP access for Season Ticket Holders and Premium Seat Members who froze their tickets for Saturday's game.

Brentford ended a four-match run of draws with a comprehensive win against Preston North End. The Bees were clinical in the early stages to take a 2-0 lead thanks to goals from Bryan Mbeumo and Marcus Forss and they built from there. In a superb second half showing The Bees created a series of chances and late strikes from Ivan Toney, Sergi Canós and Emiliano Marcondes gave them a 5-0 win after recent games against Derby County, Nottingham Forest, Huddersfield Town and Birmingham City had ended all square.

There was little doubt that The Bees deserved the points and could arguably have won by more. They had to defend an aerial onslaught for stages of the first half but attacked with pace and finished well. In the second period, they cut Preston open time and time again and if the third goal had come earlier, the win may have been more comprehensive.

Brentford made a fine start to the game, taking the lead inside the first ten minutes. Tariqe Fosu found space in a central area and lifted the ball in to the inside right channel for Mads Roerslev to run on to. The right wing back drilled the ball across the penalty area and Mbeumo arrived to lash past Daniel Iversen and in to the net. The first-time finish from Mbeumo ripped past Iversen before he could set himself and The Bees had the lead.

The goal showcased a change in formation that Brentford adopted for the game. Roerslev and Mbeumo were employed as wing backs with Christian Nørgaard sitting between Pontus Jansson and Ethan Pinnock in the centre of defence. There was some early defending for The Bees to do, with Mbeumo alert to head away a dangerous cross and David Raya quickly out to save at the feet of Ched Evans, who was trying to get on to a through ball.

There was a marked difference in the early patterns of play from the teams. Brentford looked to funnel everything through Nørgaard, who was stepping in to midfield with the ball and looking to create the room in the centre of the field to release the wing backs. Preston went from back to front quickly, looking for Evans and Emil Riis and to play off them. Brad Potts got on to one knock down but fired a volley wide from 25 yards.

Because of the contrast in styles, a lot of the game was being played in Brentford territory. The home side used the long throw of Tom Barkhuizen to apply pressure and when one dropped to Riis, a fierce shot was well blocked well by Roerslev. The Bees also had to deal with a few early corners and one bounced wide off Riis after Raya had punched. Barkhuizen had the ball at his feet soon after and weaved in off the left, but his shot flew well over the bar.

Pinnock had headed a Mbeumo free kick over for The Bees but by the midway point of the first half, the only effort on target had been the goal. The second came 26 minutes in and once again ended up in the back of the net. It came from a clever throw in by Pinnock, finding Mathias Jensen in the centre of the pitch. Jensen wriggled free and had time to pick a pass for the overlapping Roerslev, the ball was played low and Forss fired it first time out of the reach of Iversen and in to the net. As soon as Jensen got free, The Bees had the opening, and the ball was in the net seconds later.

Jensen fired wide later in a half that slowed down considerably in the later stages. Preston were unable to get the ball in to dangerous areas and The Bees had command. A long throw rebounded off Riis and in to the arms of Raya, but the Brentford goalkeeper had not made a save in a first period that ended with the visitors in complete control.

And The Bees went for the jugular after the break, creating chances that would have completely killed the game off. Fosu and Jensen created space for Mbeumo on the left and his fierce shot deflected over the bar. The resulting corner dropped to Fosu and his shot was tipped over by Iversen. The next corner was played short and, after Preston failed to clear, a shot from Jensen was blocked. Pinnock then had a strike, and his shot was blocked.

Preston made a triple substitution to try and change the flow of the game, but all the attacking was being done by Brentford. They were moving the ball in and out of midfield at pace and with precision. Mbeumo and Roerslev had space on the flanks, while diligently doing their defensive work, and Jensen, Janelt and Fosu dominated the central areas.

Chances continued to come for The Bees, without being taken. A clever delayed pass from Jensen released Mbeumo inside the area on the left but his cut back was cut out by Iversen. A run down the right from Roerslev created the next opening. He fed the ball back to Jensen and the next pass was on to Janelt. Janelt found Fosu and carried on his run, getting the ball back 12 yards out and in on goal, unfortunately, he slipped as he went to shoot and fired wide.

Mbeumo went on a break down the left soon after but delayed his cross and when the shot eventually came in from Fosu, it was comfortable for Iversen. Janelt found Toney on the edge of the penalty area after a burst through the middle, he fed it to Jensen on the overlap and the drilled cross-cum-shot flew across the face of goal. A long throw dropped to Fosu, who saw an effort deflect wide, and the resulting corner was met by Nørgaard on the edge of the penalty area, but his effort hit a defender.

It seemed to be a matter of time until Brentford got the third goal, but more chances were spurned before it came with Toney curling a left foot shot straight at Iversen. And Preston almost found a way back in to the game when Barkhuizen crossed for Sepp van den Berg. But Mbeumo was once again tracking superbly and stopped him getting a clean header, enabling Raya to save.

Eventually Brentford’s pressure told, and once Toney got the third, the floodgates opened. Toney’s goal was superbly created, initially by Janelt and then by Fosu. Janelt turned out of trouble in midfield and drilled a ball to the left. Fosu tricked his way past the hapless van den Berg and stood up a ball to the far post for Toney to steer a header in to the net.

The fourth came a few minutes later thanks to quick thinking from Nørgaard, who drilled a free kick to Toney on the left. The striker this time turned provider, breaking free and crossing for Canós to arrive and poke home. Canós had replaced Forss as Brentford’s second striker and showed the instincts to arrive in the right place and score.

Barkhuizen could have reduced the deficit when he dribbled past Roerslev and fired over from a tight angle, but the later stages of the game were notable for a Brentford debut for Mads Bidstrup, a first Championship appearance for Fin Stevens, on his 18th birthday, and more Brentford chances. Canós spread the play to the left for Mbeumo to deliver a cross that Toney met with a powerful downward header, but Iversen got legs to it and kept it out. Stevens then crossed for Mbeumo to head back, it looked as if Canós would volley in but Marcondes got on to the ball instead, turned free and had a shot blocked.

Brentford’s fifth came in stoppage time. Mbeumo’s corner was met by Toney, but his header was blocked. Canós got on to it but his shot was blocked. Brentford were not, however, done. Stevens picked up the loose ball and fed Nørgaard, the next pass was to Canós and he slipped it to Marcondes to drill the ball past Iversen and in to the net to end a very good afternoon for The Bees. 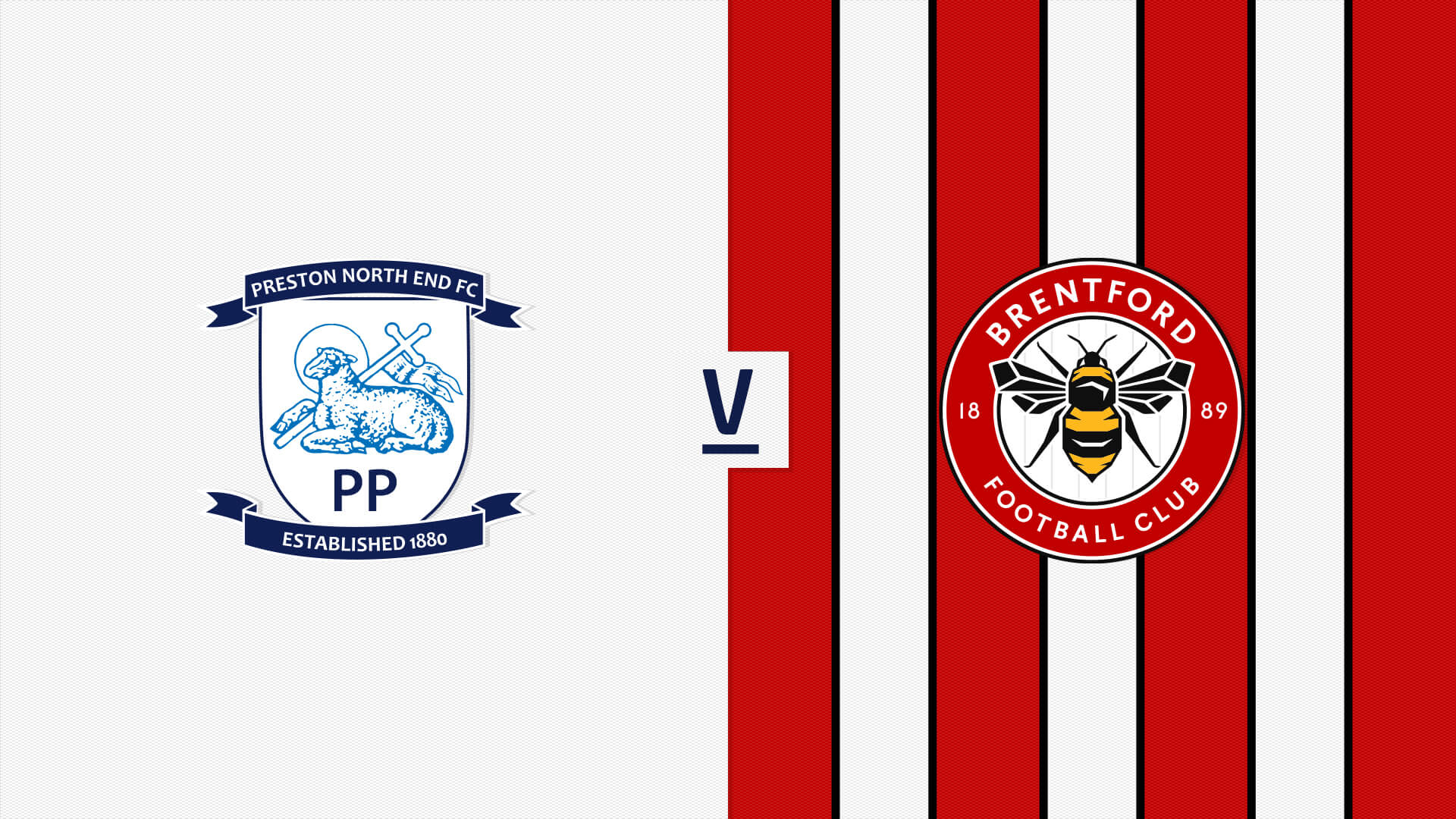 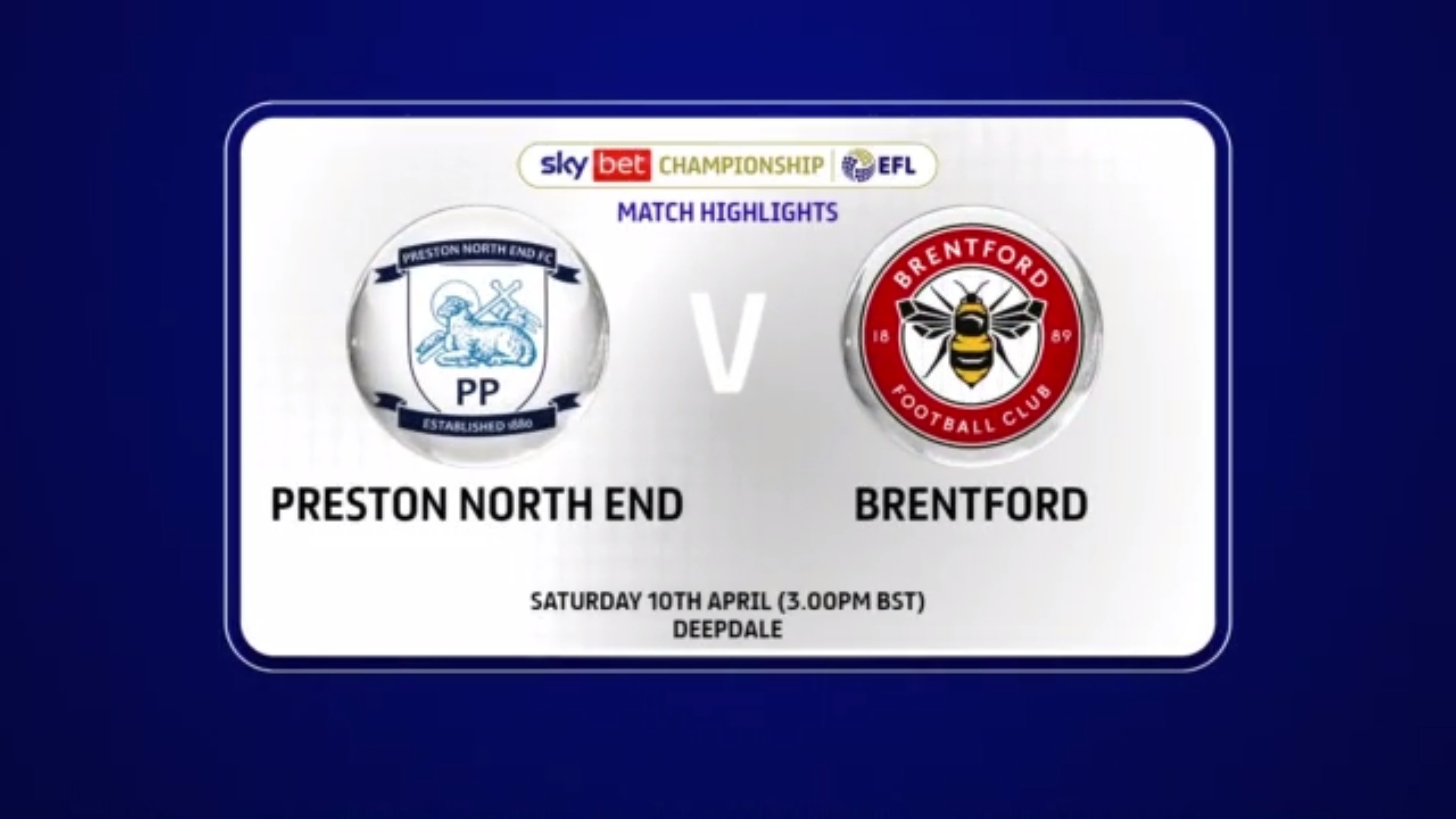 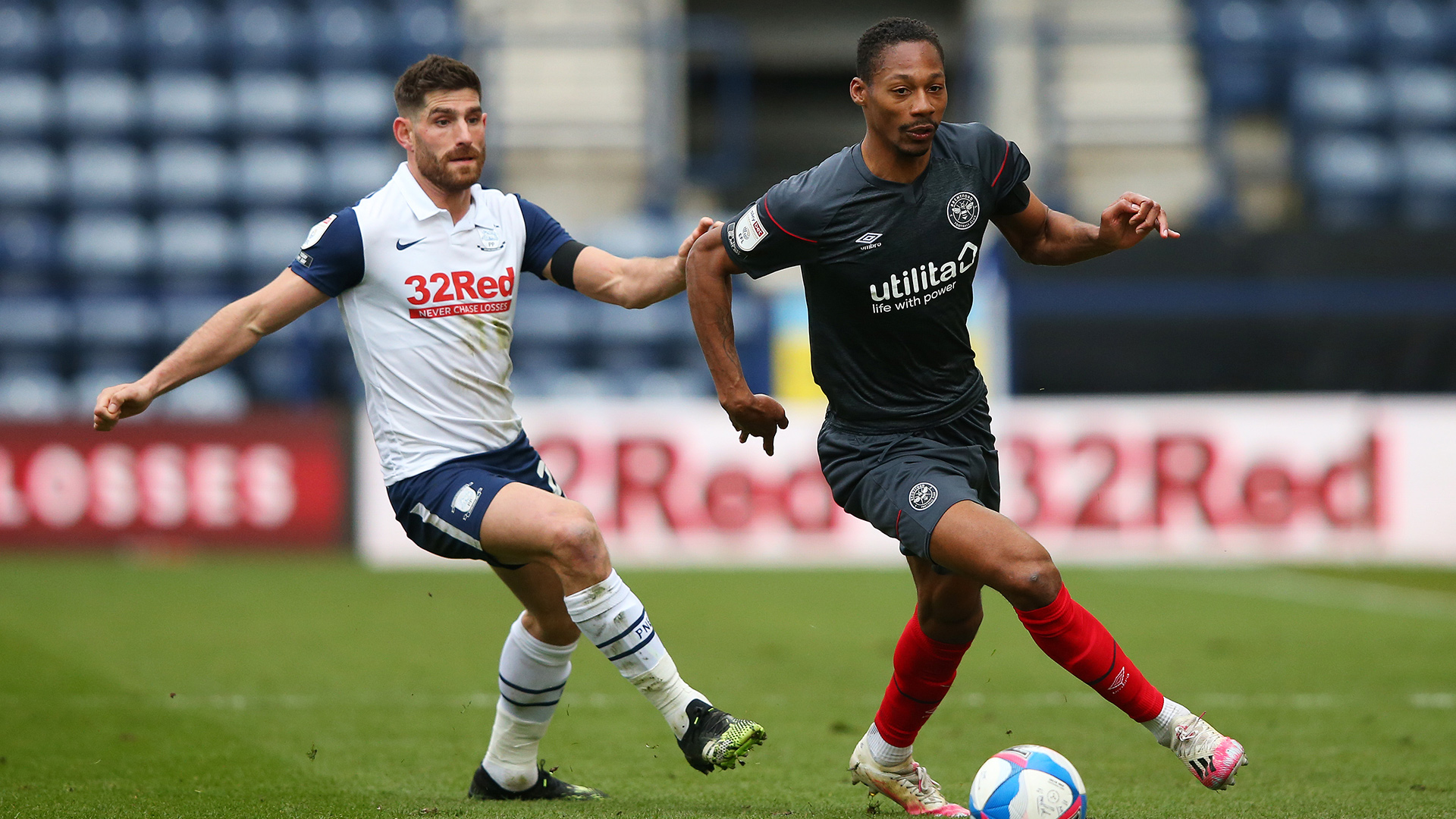