There's a big game at both ends of the Sky Bet Championship this evening when Rotherham United head to the Brentford Community Stadium. A home win would see us open up a four-point gap over fourth with just two to play, leaving The Millers four points from safety with just nine points left to play for, while victory for the away side would leave them just a point off safety, still with one game in hand on Derby County. All the build-up to the game can be found below.

The time is now for Rotherham United if they want to try and avoid a third successive Sky Bet Championship relegation.

Two Coronavirus outbreaks in The Millers' squad, and weather-related postponements, have seen Paul Warne's men playing catch up in terms of games since Christmas. Now, however, those games are running out and The Millers are still rooted in the bottom three.

United head into tonight's game four points from safety but now with just two games in hand over Derby County. As the games have piled up, tonight's is their ninth match in 25 days, their form has dipped.

They've lost 12 of their last 16 second tier games, winning three and drawing one. Four consecutive home games midway through this month brought just three points but Rotherham have been strong on the road recently with five wins and a draw from their last ten away games.

The Millers have conceded just 23 goals on the road all campaign, the ninth best record in the second tier, with forward Michael Smith (above) only behind Cardiff City's Kieffer Moore in terms of aerial duels won this term.

Rotherham's cause has not been helped by injury and suspensions picked up in recent weeks. Matt Crooks is suspended after his Middlesbrough red card while goalkeeper Viktor Johansson is out following a heavy clash with Barnsley's Carlton Morris on Saturday. Clark Robertson is also out while Matthew Olosunde could return after illness.

Paul Warne joined the coaching staff at United in May 2012, following his retirement from football. A striker in his career, he made over 450 professional league appearances across two spells at Rotherham. He also got game time at Wigan Athletic, Oldham Athletic and Yeovil Town.

In November 2016, with Kenny Jackett heading out of the door, Warne was given the reins as caretaker-manager. In January that season, he reluctantly took job until the end of the season. Growing into the role as time went on, Rotherham have kept faith with Warne through two relegations and been rewarded with instant promotions on both occasions.

⚖ Michael Salisbury will be the man in charge tonight

Tonight's game is live on Sky Sports as well as iFollow for Season Ticket and Premium Seat Members.

Brentford v Rotherham United to be televised next week

For the second time in three days, Brentford picked up a 1-0 win with Bryan Mbeumo scoring the only goal. Mbeumo came off the substitute’s bench to score the only goal as The Bees beat AFC Bournemouth on Saturday. This time he headed in a Sergi Canós cross to ensure Brentford completed a Sky Bet Championship double over Rotherham United and tightened a grip on third place in the table.

The goal came after a start that Rotherham probably had the better of, but The Bees deserved the win overall. The home side had to deal with a lot of battles in their own half but won most of them and created the better chances. Ivan Toney hit a post and other chances came and went but The Bees secured the win and extended their unbeaten run to ten games.

The game did not start in the most exciting fashion. Brentford struggled to move the ball up the pitch through midfield and were out-matched in the aerial battle when they went longer. Midfield trio Vitaly Janelt, Saman Ghoddos and Emiliano Marcondes were unable to find the space to bring wing backs Mads Roerslev and Canós in to the game and when they did get on the front foot, they found a five-man Rotherham defence in front of them.

Ghoddos had an early shot blocked and then curled in a cross that Jamal Blackman spilled. Mbeumo got on to the loose ball but was unable to get a shot off. Rotherham’s organisation out of possession enabled them to build confidence and get a foothold in the game. They won set pieces and put Brentford’s defence under pressure to defend balls in to the penalty area.

Michael Smith headed a Wes Harding cross wide and when a long free kick dropped loose soon after, a shot from Jamie Lindsay deflected off Ethan Pinnock and in to the arms of David Raya. The shot may have been going wide before Pinnock’s touch, but it could have gone anywhere after it hit the Brentford defender. Richard Wood headed wide when well-placed and then fed a free kick, headed on by Michael Ihiekwe, on Angus MacDonald, but his shot flew wide.

Rotherham would have been happiest with the first quarter, but Brentford were starting to make subtle changes to their patterns of play. Toney was dropping in to deeper positions, to take defenders out of the Rotherham back-line while Ghoddos and Marcondes were trying to get close to Mbeumo, playing as the furthest man forward. When The Bees scored 26 minutes in, that pattern opened Rotherham up.

Janelt found space to spread the play to the left and Toney wandered out of the game, heading back towards his own goal, taking Ihiekwe with him. Canós cut inside Harding, a little too easily, and delivered a cross that Mbeumo headed past Blackman and in to the net. The Rotherham defensive line fell apart as Marcondes and Ghoddos arrived in the penalty area with Toney nowhere to be seen and Mbeumo got behind Wood and in front of MacDonald, playing everyone onside, to head in.

The visitors could have equalised immediately when Chiedozie Ogbene met a cross from Ryan Giles, but he headed it straight at Raya, and those two incidents in quick succession, both going Brentford’s way, seemed to boost The Bees and dent the hosts. There was suddenly more space for Brentford to play. They were able to progress up the pitch and find gaps in the Rotherham defence. The visitors were hanging on for the rest of the half and probably grateful to go in only one down.

Toney had a low free kick saved by Blackman and then fired over after pulling in to the left channel. A low cross from Toney just eluded the arriving Canós, who went close twice more before the break. After a nice spell of possession deep in Rotherham territory, Marcondes played a reverse pass inside the penalty area, Canós turned free and got a shot off that Blackman saved low to his right. Canós then cut in off the left and shot in to the side netting.

The closest Brentford came to a second goal before the break was in first half stoppage time. Ghoddos won an aerial battle and the first time pass from Marcondes set Toney free. He got away from MacDonald and fired in a low shot that beat Blackman but cannoned in to the post. Toney was slipping as he shot and that probably prevented him finding the bottom corner. The loose ball was flicked towards goal again by Toney but looped up for Blackman to save.

The visitors made an energetic start to the second half and spent a lot of time in Brentford territory. Like the early stages of the first half, The Bees found it tough to get in to attacking areas and had to defend their penalty area. But they did it well, with Raya easily saving an overhead effort from Harding and not otherwise worried.

Brentford did start to take control as the hour approached and had chances to get a second goal. As in the first half, they started to find gaps in the Rotherham defence and got men in to the penalty area. A fine cross from Roerslev was met powerfully by Toney, but his header was saved low to his left by Blackman. Marcondes then fired well wide after a cross was blocked and Toney fired across the face of goal after being played in by Ghoddos.

Both teams made changes as the second half progressed. For Rotherham this was the introduction of more attacking players, as they chased an equaliser. Ihiekwe had a shot saved for the visitors and an effort from George Hirst hit Freddie Ladapo, who was in an offside position. Brentford gave a home debut to Mads Bidstrup as they reinforced their midfield and continued to have the better chances.

Toney had a shot blocked after a quick break had been halted and Bidstrup turned well in the penalty area and on to Fosu pass before shooting over. Blackman then made a fine save high to his left to keep out a Marcondes shot. Toney and Marcus Forss then battled for the ball on the left to set up a late chance. Forss wriggled free and shot from the edge of the penalty area, Blackman was rooted to the spot, but the ball whistled inches wide.

Rotherham threw bodies forward in the dying seconds as they sought an equaliser. Raya saved an Ihiekwe header and Pinnock made a block from a Kieran Sadlier shot to enable his goalkeeper to gather. The visitors were not short of effort but failed to create a clear cut chance and The Bees had the win.

Brentford v Rotherham United to be televised next week 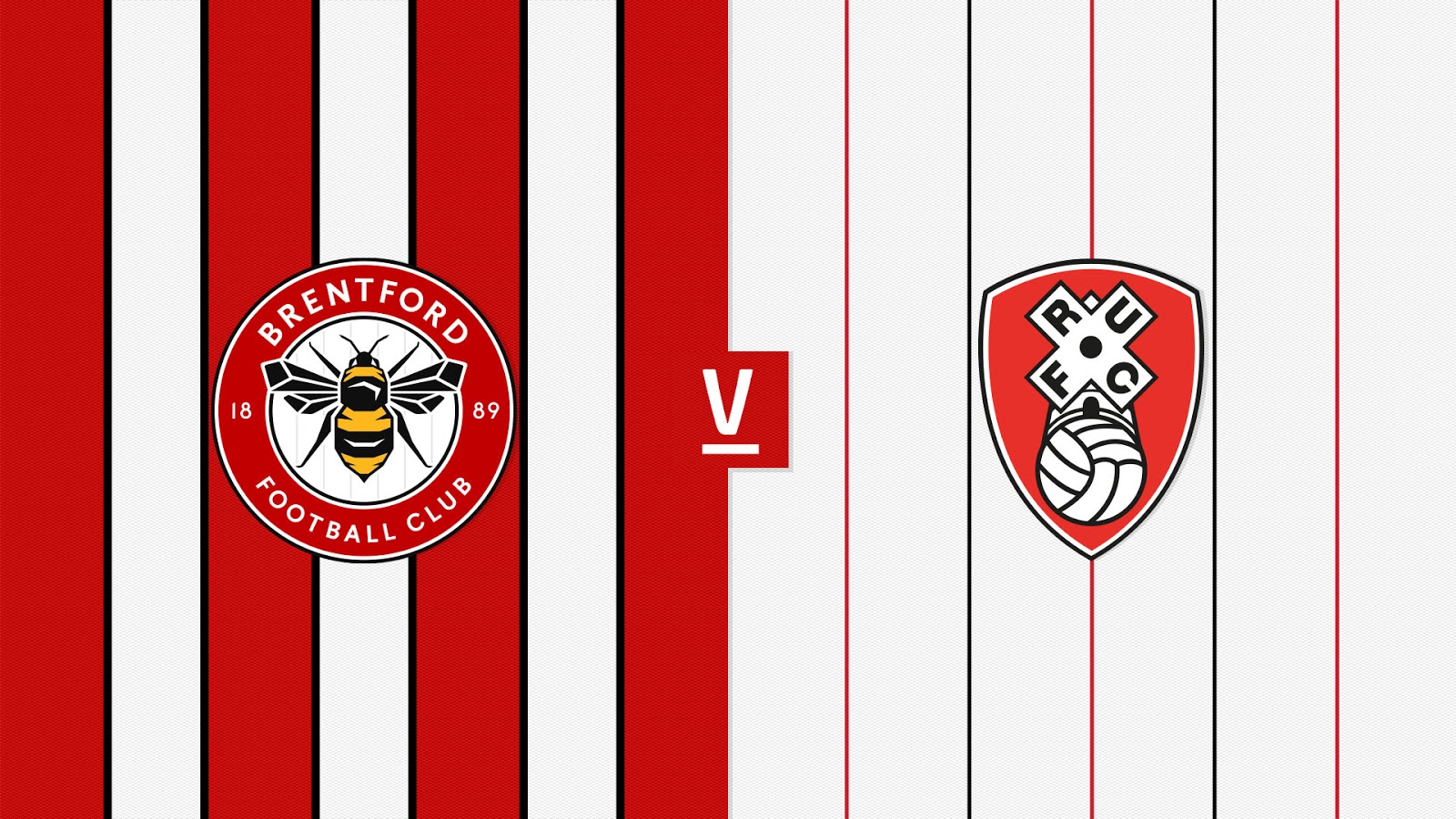 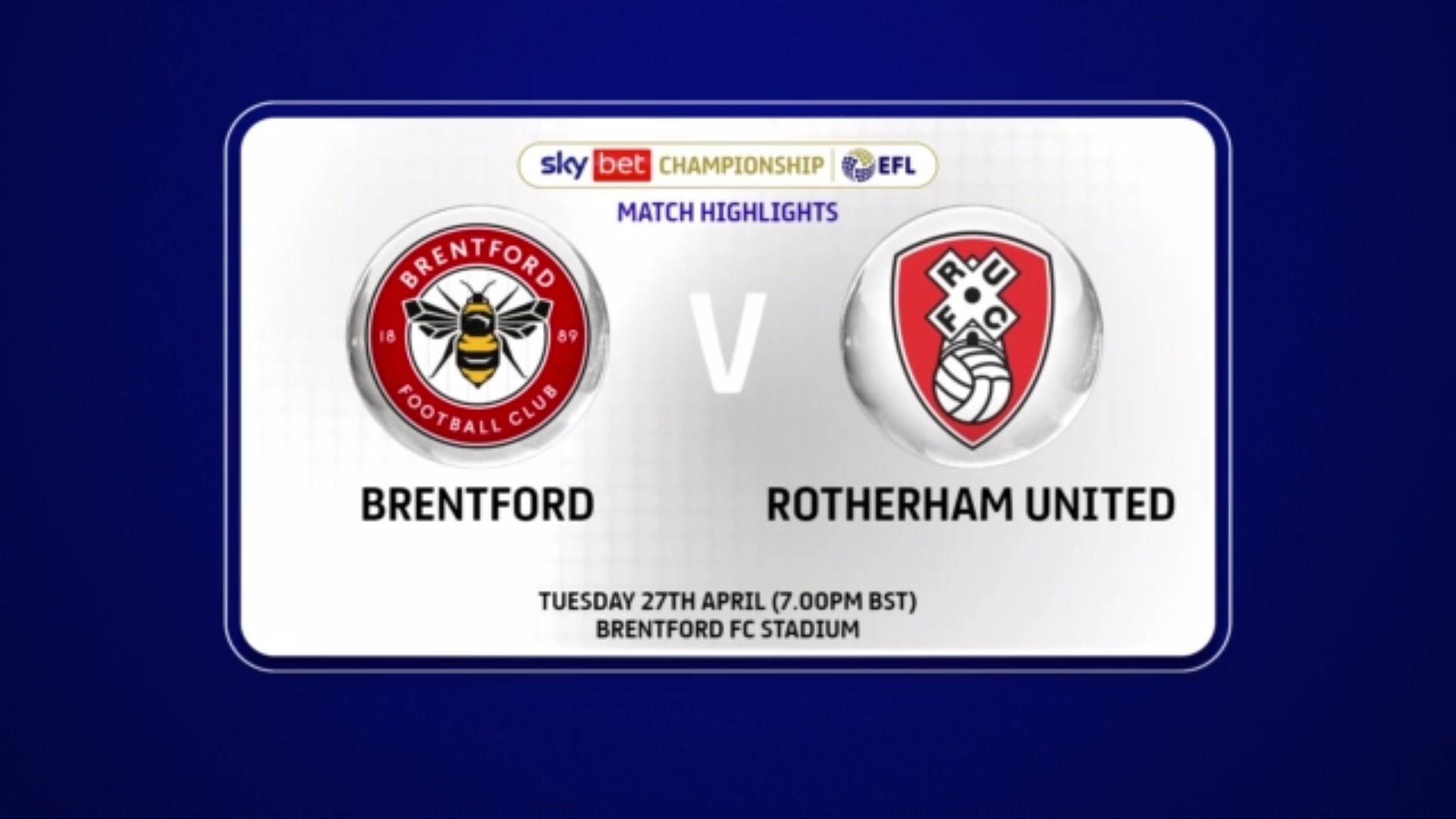 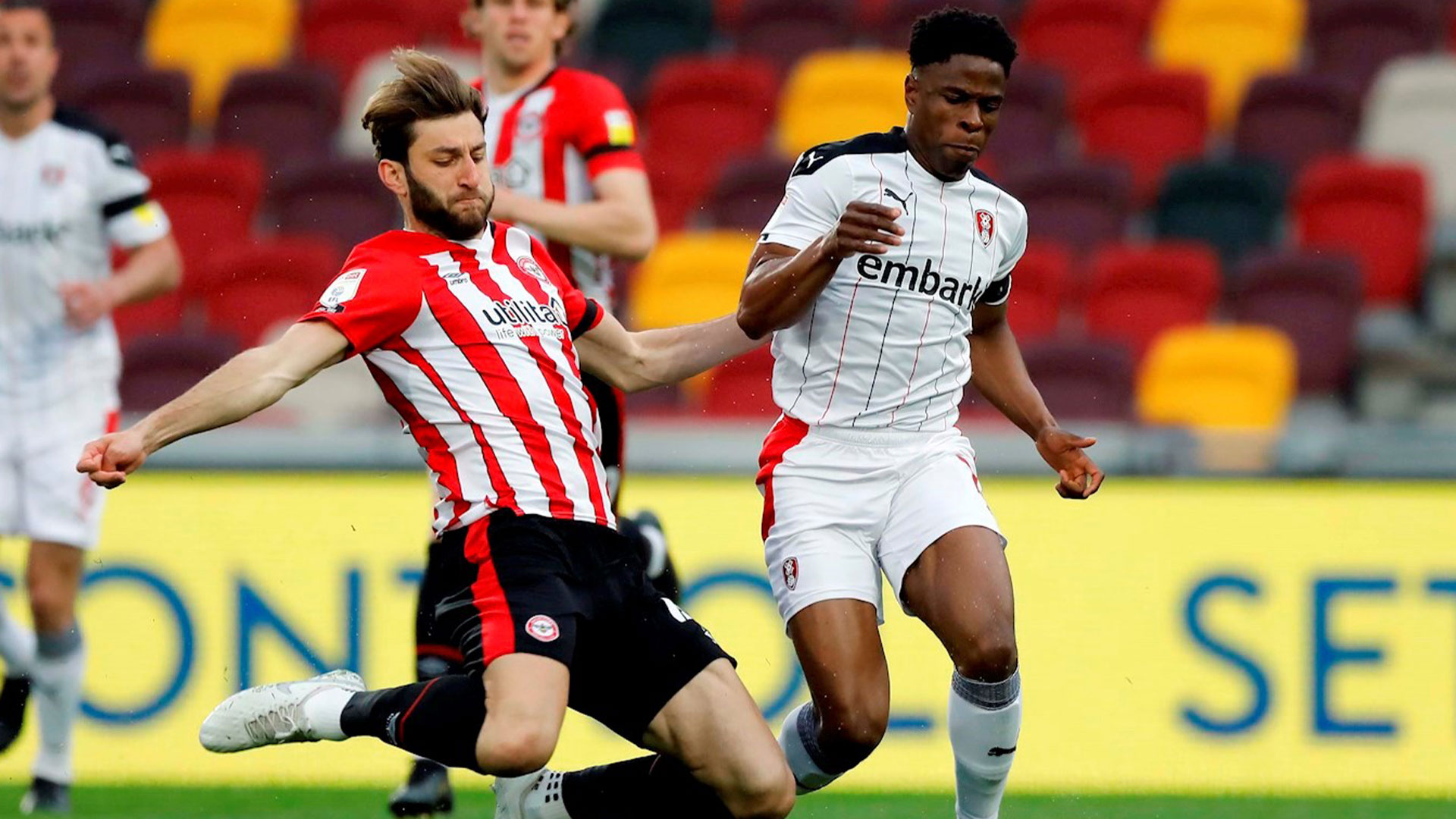