It's a capital affair tonight as Cardiff City make the trip down the M4 to take on Thomas Frank's Bees at the Brentford Community Stadium. Mick McCarthy's side have seen their Play-Off charge fizzle out in recent weeks but still have a mathematical chance of making the top six with four to play. All the details ahead of tonight's game can be found below.

Cardiff City's quest for back-to-back Play-Off campaigns appears to be at an end, heading to Brentford tonight without a win in four and 11 points off the top six with only 12 points available.

Cardiff's final game before the international break was a 1-0 South Wales derby win over Swansea City which left them just four points off the top six with eight games to play. However, it looks like that break came at the wrong time for Mick McCarthy's men who have taken just two points from four since.

That they were even involved in the Play-Off conversation shows the job McCarthy has done since coming in for Neil Harris in January. The former Republic of Ireland boss took over a side that had lost their last six, and was sliding down the table at pace, and took them on a six game winning run early on in his tenure.

The Bluebirds have enjoyed their away travels this campaign. Only Norwich City (4) have lost fewer games on the road than them while only The Canaries, Swansea City, and Brentford, have earned more points on the road.

Talisman striker Kieffer Moore (above) is their top scorer with 17 goals this term. The Wales international has also won 128 more headers than anyone else in the second tier. The Bluebirds also have Sean Morrison and Curtis Nelson in the top eight of that particular metric.

For Cardiff, Sean Morrison has missed their last four, Joe Bennett is out with a knee injury as are Lee Tomlin (thigh), Joel Bagan (shoulder), Isaac Vassell (quad), and Sol Bamba (illness).

Mick McCarthy passed 1000 games in management earlier this season with the 62-year-old showing no signs of calling time on an illustrious football career any time soon. The former defender made nearly 600 professional appearances for Barnsley, Manchester City and Celtic in his playing days, winning two promotions with Barnsley, one at Maine Road, and three trophies with Celtic. He also earned 57 caps for the Republic of Ireland before going on to manage them for six years, taking them to the 2002 World Cup Knockouts in Japan and South Korea.

At club level, he's twice won second tier promotion, with Sunderland in 2005 and Wolverhampton Wanderers four years later, picking up the LMA Manger of the Year prize in both those years. He took Ipswich Town to the Play-Offs in 2014/15 before a second spell in charge of Ireland between 2018 and 2020.

⚖ Darren England will be the man in charge this evening

Tuesday's game is a co-exclusive game so is live on Sky Sports and iFollow Brentford.

Next Up: Cardiff City

Brentford drew for the sixth time in seven games, coming from behind to secure a 1-1 draw with Cardiff City. The Bees had the better of the first half but could not get their noses in front and then fell behind when the visitors were awarded, and converted, a penalty. Tariqe Fosu levelled it up but The Bees could not find a winner and had to settle for a point.

The Bees will feel they did enough to win the game, but they could not find the goals to do so. Cardiff were forced back for long periods but Brentford opened them up and created chances, but could not finish them off. And although The Bees have not lost in eight and have only suffered one defeat in 11, they have drawn most of those games and did so again tonight.

Cardiff started with attacking intent and went looking for the first goal in the early stages. They played balls long in to striker Kieffer Moore and then looked to put together attacking possession deep in Brentford territory. The Bees were more patient in possession, trying to play through the centre of midfield before finding wing backs Bryan Mbeumo and Mads Roerslev in advanced areas.

Cardiff had early joy with their plan, putting early free kicks in to the Brentford penalty area. Harry Wilson had a shot blocked when Moore knocked one down and the resulting corner was met by Aden Flint, but his effort was also blocked. Wilson and Perry Ng had further efforts blocked before space was created for Will Vaulks, but he dragged a shot wide.

After a bright start from the visitors, Brentford began to take control of the contest. They found space to progress through the midfield and Mbeumo and Roerslev had room out wide. Fosu blasted over for The Bees and was involved in the best opening of the first quarter of the contest. He spread the play to Roerslev on the right and he cut a ball back, Ivan Toney dummied and Marcus Forss shot low from 12 yards, but fired straight at Alex Smithies.

Raya made a low save from a Joe Ralls shot, that didn’t really have enough power to trouble him, and Ethan Pinnock made an important clearance when Moore diverted a Marlon Pack header across goal towards Wilson. But Brentford spent most of the half on the front foot. They were forcing Cardiff deeper and deeper and had the openings to have gone in front before half time.

Toney headed a Mbeumo corner over and was involved in Brentford’s two biggest chances of the first half. Toney rose highest at the far post to head a deep Fosu cross back across and past Smithies. Mbeumo was arriving but Forss shot on the swivel and blasted off target. Moments later a poor back pass by Pack presented Toney with the ball one-on-one with Smithies inside the penalty area. He lashed his shot towards the corner, but the Cardiff goalkeeper made himself big and turned the ball wide.

There had been chances at both ends in the first half, with Brentford having the better of them, but the start of the second period was played at a slower pace. The Bees continued to have more of the ball, but Cardiff held a solid defensive line, often dropping in to a back five when they needed to. Little happened in the opening portion of the second half, until Cardiff scored.

The goal came from a penalty after Cardiff won a free kick on the right when Pinnock fouled Moore, under pressure from Tom Sang. Vaulks delivered the free kick and Curtis Nelson headed down, the ball hit the dangling arm of Pinnock and referee Darren England awarded Cardiff a penalty. Moore stroked it to Raya’s left as the goalkeeper dived right and the visitors had the lead.

Brentford immediately responded by introducing Sergi Canós and Saman Ghoddos, further upped the tempo and went on the attack. Wilson got in to a couple of good positions for the visitors, only to be flagged offside, as the game opened up, but The Bees were on the front foot. Forss tested Smithies when he got on to a Fosu pass and a Ghoddos header was saved.

The equalising goal came in unusual circumstances. Fosu picked up a throw-in and turned in to space. He let fly with a speculative shot that dipped and swerved and bounced through the arms of Smithies and in to the net. It was a goal out of nothing, and the game was level again with just under half an hour to play.

The Bees had the initiative and the momentum and pressed forward, creating chances. Toney failed to connect with an overhead effort from a Pontus Jansson cross and Mbeumo fired wide. Smithies then saved at the feet of Ghoddos after Toney had flicked a ball in to his path.

Canós got on to a Marcondes pass and cut in before seeing a shot blocked. A Jensen shot was then blocked before Canós let fly from 25 yards with a shot that wrong-footed Smithies, but the goalkeeper managed to get something in the way to keep the ball out. A corner was half cleared soon after, Jensen cut it back and Toney fired it towards the net, Flint blocked and Forss was unable to put it in.

Vaulks shot wide at the death for Cardiff and there were chances for them to counter-attack as Brentford pushed on, but they were hanging on as The Bees continued to pour forward. There was a last-gasp chance when a cross was half cleared, Ghoddos headed back across and Emiliano Marcondes and Charlie Goode collided as they tried to nod in. That was the last chance gone and the spoils were shared.

Next Up: Cardiff City 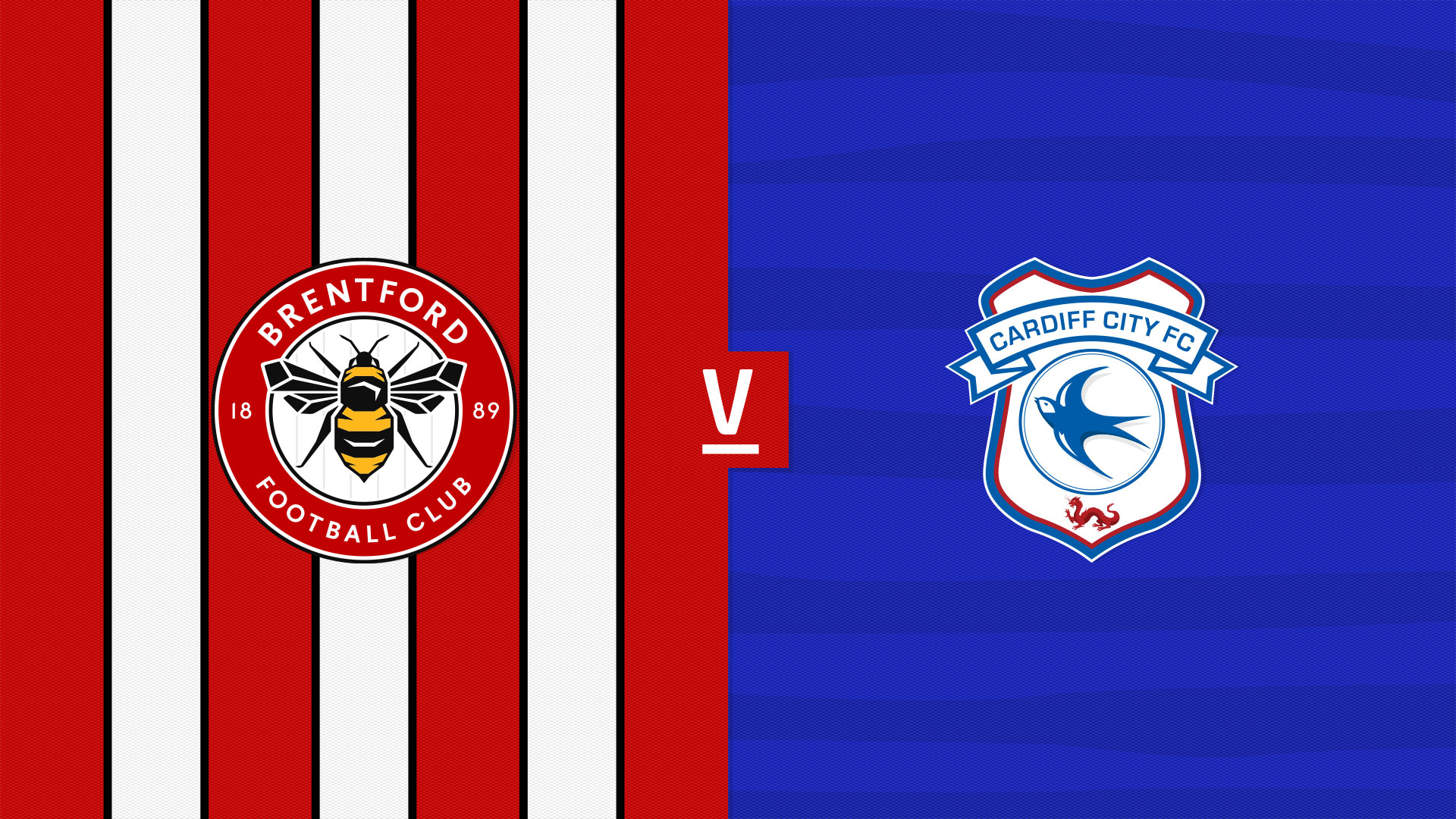 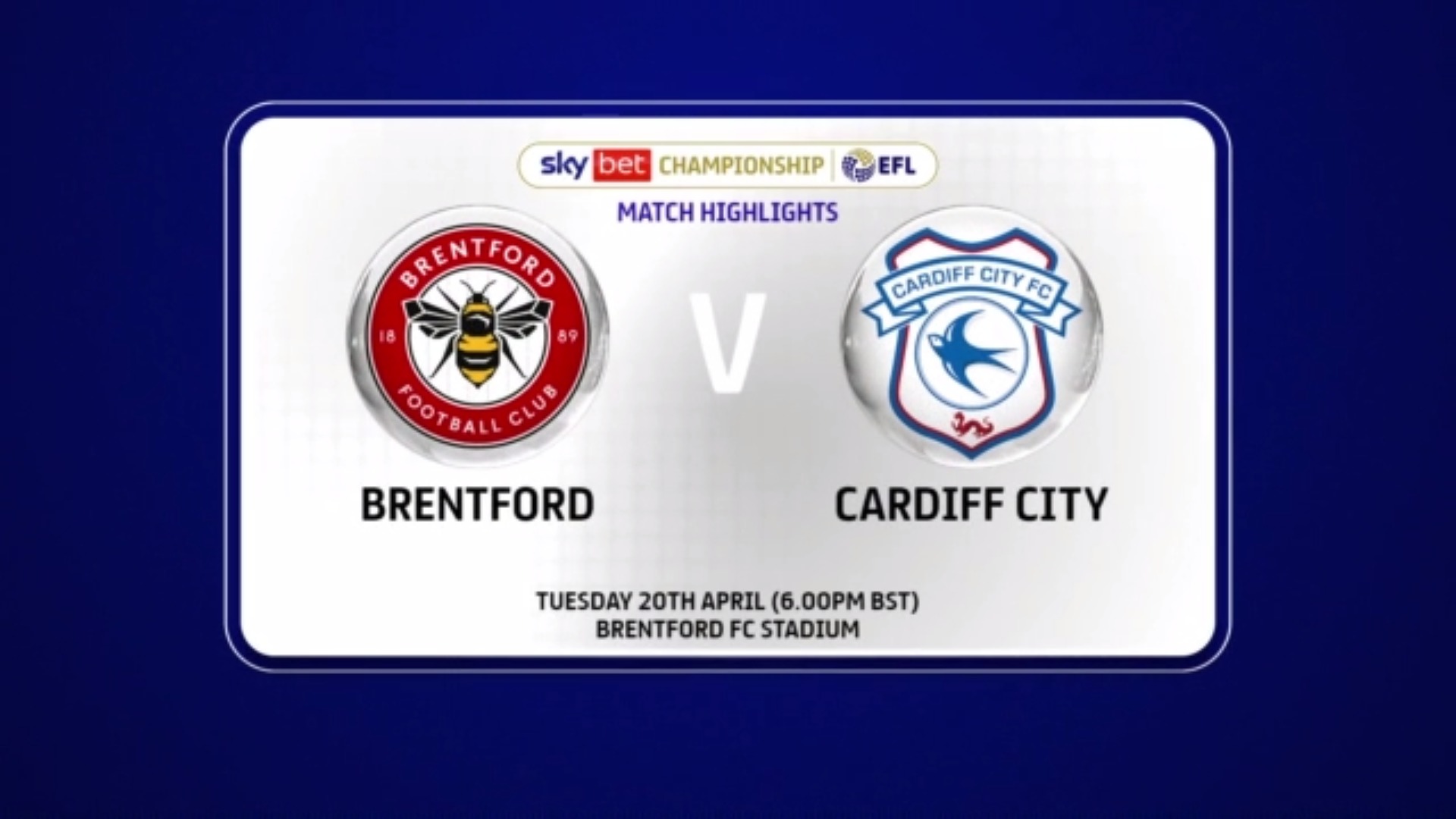 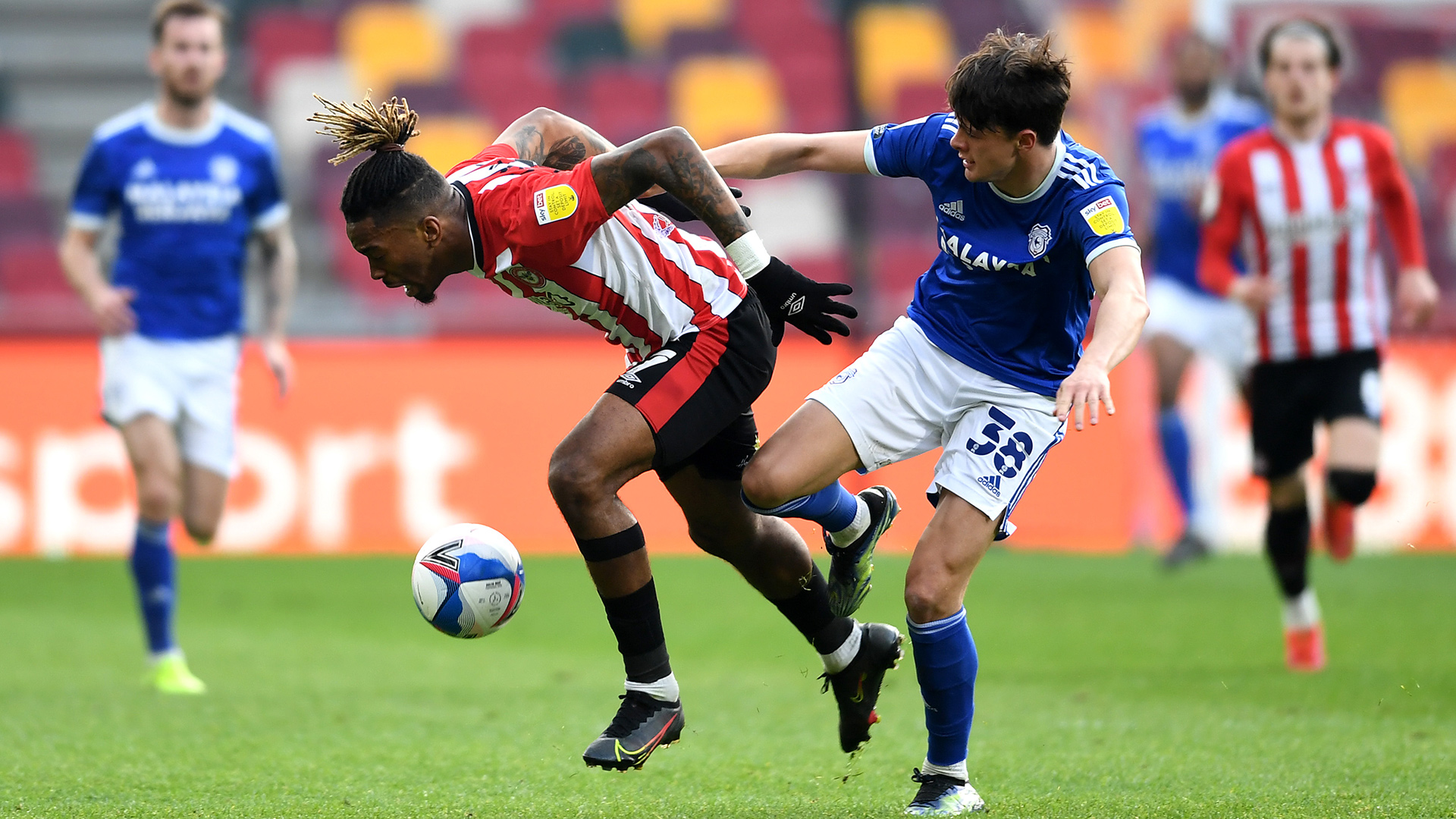