In-form AFC Bournemouth are our hosts tomorrow lunchtime as third and fifth meet on the South Coast. Both sides need three points to keep any hopes of automatic promotion alive with The Cherries also aiming for an eighth straight league success. All the build-up to tomorrow's big game is below.

AFC Bournemouth look to be timing their late season charge to perfection, heading into tomorrow's game on the South Coast on the back of seven straight league wins. That run has propelled them from Play-Off chasers to automatic promotion hunters heading into the final three games of the campaign.

It has been far from plain sailing for The Cherries since their five-year stay in the Premier League ended last July. Jason Tindall, promoted from Eddie Howe's long-time assistant to the top job in the wake of relegation, lasted less than six months in charge with Jonathan Woodgate, fresh from a far than stellar spell in charge of Middlesbrough last season, then handed the reigns in February.

An upturn in results wasn't immediate under the former Real Madrid defender but once they hit their stride, they've not looked back.

The Cherries are now the league's top scorers (73) and in Solanke, Danjuma, and Junior Stanislas, are the only club in the second tier to have three players in double figures for goals this campaign.

Lloyd Kelly faces a couple of weeks out with an ankle issue picked up midweek against Millwall while Shane Long remains sidelined with a groin issue. Lewis Cook (knee) is out for the season.

Sacked by hometown Club Middlesbrough last June, it was a whirlwind return to football for Woodgate at the start of Febuary. Appointed on the Monday as a senior first team coach, by Wednesday he was the caretaker manager after Jason Tindall's departure, and three weeks later he had the job until the end of the season.

Woodgate's playing career began with Boro before moving to Leeds United at the age of 16. He made his debut at the age of 18 and amassed 142 appearances over the next five seasons before moving to Newcastle United. As injuries began to take their toll, he made just 37 appearances before an ill-fated spell at Real Madrid. He returned to the UK and Boro in 2006 but managed just 178 appearances over his final ten seasons with Boro, Tottenham Hotspur, Stoke, and then again on Teesside. The central defender also played eight times for England over a nine-year spell.

After a brief spell as an international scout for Liverpool in Spain and Portugal, Woodgate was appointed assistant coach to newly-appointed Middlesbrough caretaker manager Steve Agnew, following the dismissal of Aitor Karanka. After the club were relegated from the Premier League at the end of the season, Woodgate vacated his position and joined the club's Academy coaching staff. In December 2017, Woodgate returned to his previous position as first team assistant coach, under the management of Tony Pulis, whom he then replaced in June 2019.

⚖ John Brooks will be the man in charge tomorrow

🆚 Tom Crocker of the Bournemouth Echo previews The Cherries

There is no VIP access for Season Ticket and Premium Seat Members and only audio passes are available to buy on ifollow.

Ten-man Brentford completed a Sky Bet Championship double over AFC Bournemouth with a fine win on the South Coast. The Bees coped with a red card given to Pontus Jansson to win the game with a Bryan Mbeumo goal. That strike came after Brentford had been reduced to ten men but sealed a deserved win to go with a 2-1 victory over Bournemouth in December in West London.

The 1-0 win was fully deserved by The Bees. They had the better of a first half that had an end-to-end opening and plenty of chances throughout and when they were reduced to ten men, they still had the upper hand. The goal came inside the final quarter of an hour and Brentford never looked like relinquishing their lead, taking three points and extending their unbeaten run to nine.

The game started at a tremendous pace with both teams on the front foot and a series of chances in the opening ten minutes. The attacking threat on show at either end of the pitch was clear in the opening exchanges with defences stretched and movement both with and without the ball. There was space in midfield with the teams committing to attack and the ball was moved through at pace in both directions.

The first sight of goal came inside the opening ten seconds when the ball was played in to space for Dominic Solanke. He was behind the Brentford defence in the inside left channel but took a heavy touch and David Raya rushed out to save. That was by no means the only, or indeed the best, chance in the helter-skelter end-to-end opening to the contest.

Junior Stanislas also had a great chance for the home side when Solanke got free again in an attacking area. He put Stanislas through with only Raya to beat, but Ethan Pinnock came back and applied the pressure, forcing Stanislas to shoot over. The hosts looked to release Stanislas in to space on their right in the early stages and when he got away again, he tried to cut that ball back to Arnaut Danjuma, but Mads Roerslev tracked the run and made a vital tackle.

Brentford probably came closer to a goal in the first quarter of the contest. Ivan Toney had a shot blocked inside the opening two minutes when the ball ricochet to him 15 yards out, and a clever deep free kick from Mathias Jensen was headed over by Pinnock soon after. Sergi Canós cut in off the left and shot over before a corner was played low, Toney had an effort blocked and then flicked the loose ball over the bar.

The Bees created space in the centre of the midfield for Jensen and he found Roerslev on the right, the cross was headed down by Marcus Forss to Canós and the shot was cleared off the line by Steve Cook. Tariqe Fosu got to the loose ball, but his shot was blocked by Cameron Carter-Vickers. Canós created space for Jensen soon after and he let fly with a low shot that Asmir Begovic pushed away.

The game settled in to more of a pattern after an explosive, but goalless, first quarter. The Bees were playing with a strong wind and working hard off the ball to stop Bournemouth getting up the pitch. Brentford were finding space in midfield, with Jensen and Fosu able to break in to space. And The Bees were having the better chances.

A mistake from Carter-Vickers, failing to intercept, allowed Toney to get on to a Vitaly Janelt pass and go through one-on-one. He raced away and faced Begovic, but the goalkeeper kept out the low shot. Canós cut inside soon after, following good work by Fosu, and his curling shot looked destined for the corner before Cook got a head to it and diverted it away.

Jensen had a shot blocked after good work by Janelt and Forss. Forss then robbed Jack Wilshire and Jensen was on the attack, he found Toney on the right, but the cross-cum-shot flew across the face of goal. In the dying seconds of the first half a clever pass from Jensen released Toney in the inside left channel, his shot was low and powerful, but flew just past the far post.

The Bees had the initiative at the break but had been unable to get the lead. They had created more chances and the better ones in a game whether both sides had shown their attacking intent, and threat. Canós had an effort early in the second half, firing wide from 25 yards, but Bournemouth were given a massive advantage 50 minutes in.

Jansson got caught under a high ball and the wrong side of Danjuma. The Bournemouth man went down, and referee John Brooks decided it was a foul and a yellow card. Jansson had been booked in the first half when he caught Danjuma, and the second caution saw the Brentford captain leaving the game early.

After Raya had saved the free kick from Danjuma, Brentford reshuffled. Mads Bech Sørensen and Charlie Goode were brought on as The Bees switched to a back four, with Christian Nørgaard and Janelt patrolling in front. That gave The Bees a solid base and they continued to control the shape of the game, despite being a man down. They were patient with the ball but maintained an attacking outlook and a desire to win the game.

Bournemouth also made changes and had a lot of the ball, but mostly played in front of Brentford and struggled to open up the visitors’ well-organised defence. And with The Bees looking to attack, they had chances. When The Bees worked a move well from a quick throw by Sørensen, a ball over the top from Toney was poorly defended by Cook and Forss got a shot off, but he lashed over on the stretch with Begovic rushing out.

Emiliano Marcondes had a low shot uncomfortably saved by Begovic and Brentford’s goal came from the resulting corner. Bournemouth cleared the initial ball, but Raya was able to put it back in the home penalty area. Toney controlled and had a shot that was blocked but the ball bounced back to him. He found Nørgaard and the next pass was a brilliant one that put Toney back in on goal. The low shot was well saved by Begovic but Mbeumo was lurking to get to the loose ball and put it in.

It was Mbeumo’s first touch after coming on as a substitute and Brentford were rewarded for maintaining an attacking threat. Bournemouth tried to respond but came up against a team unwilling to concede space. Brentford closed their hosts down, held a solid defensive line and forced the home side to pass from side to side, looking for an opening.

The home side did have a late chance when David Brooks met a half cleared long throw, but Goode made the block. And Brentford could have added to their lead. Begovic saved a free kick from Marcondes and a cross from Toney would have been headed in by Mbeumo if Carter-Vickers had not flicked it away. A second goal would have sealed it, but Brentford had done enough and got the win. 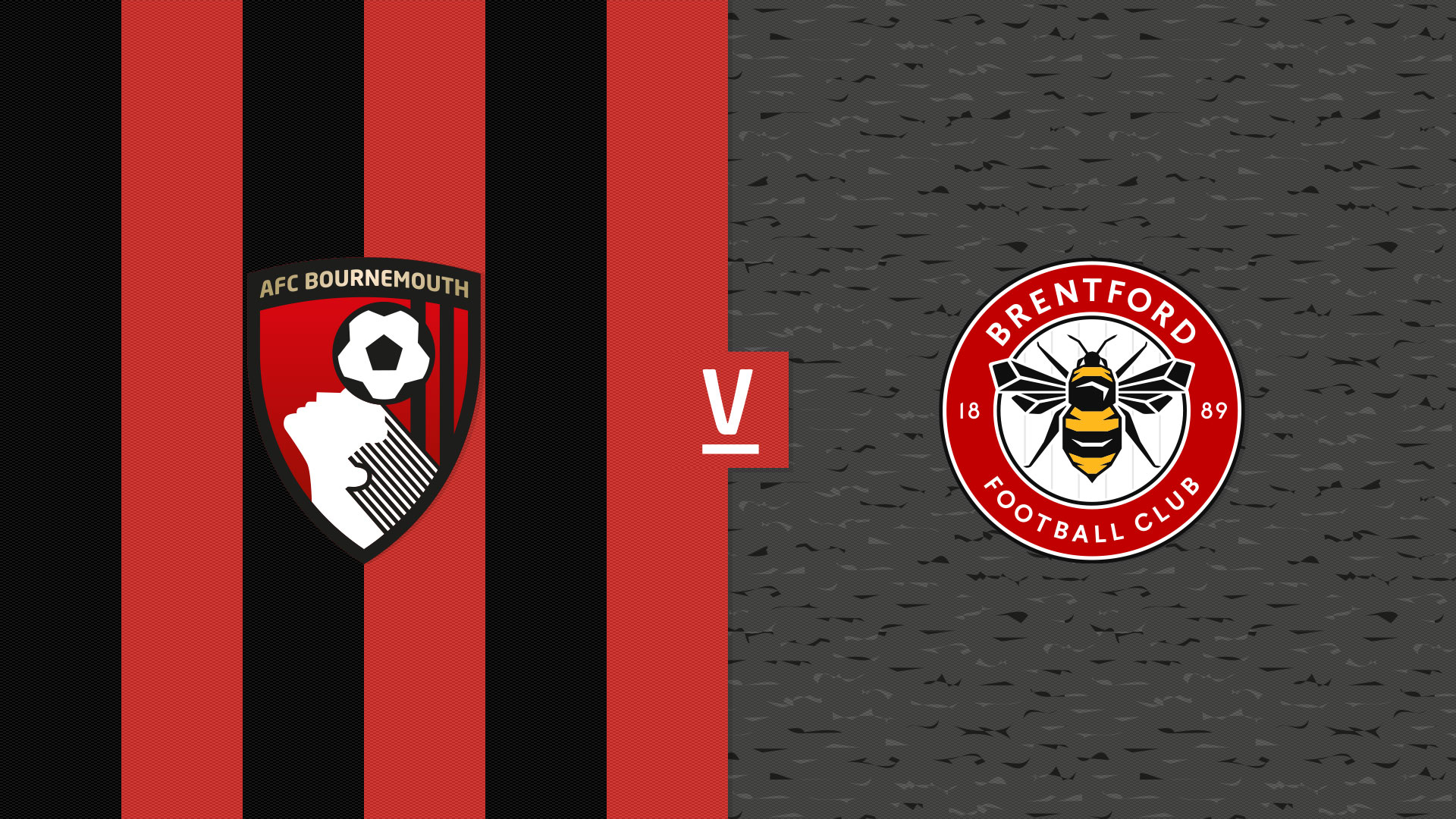 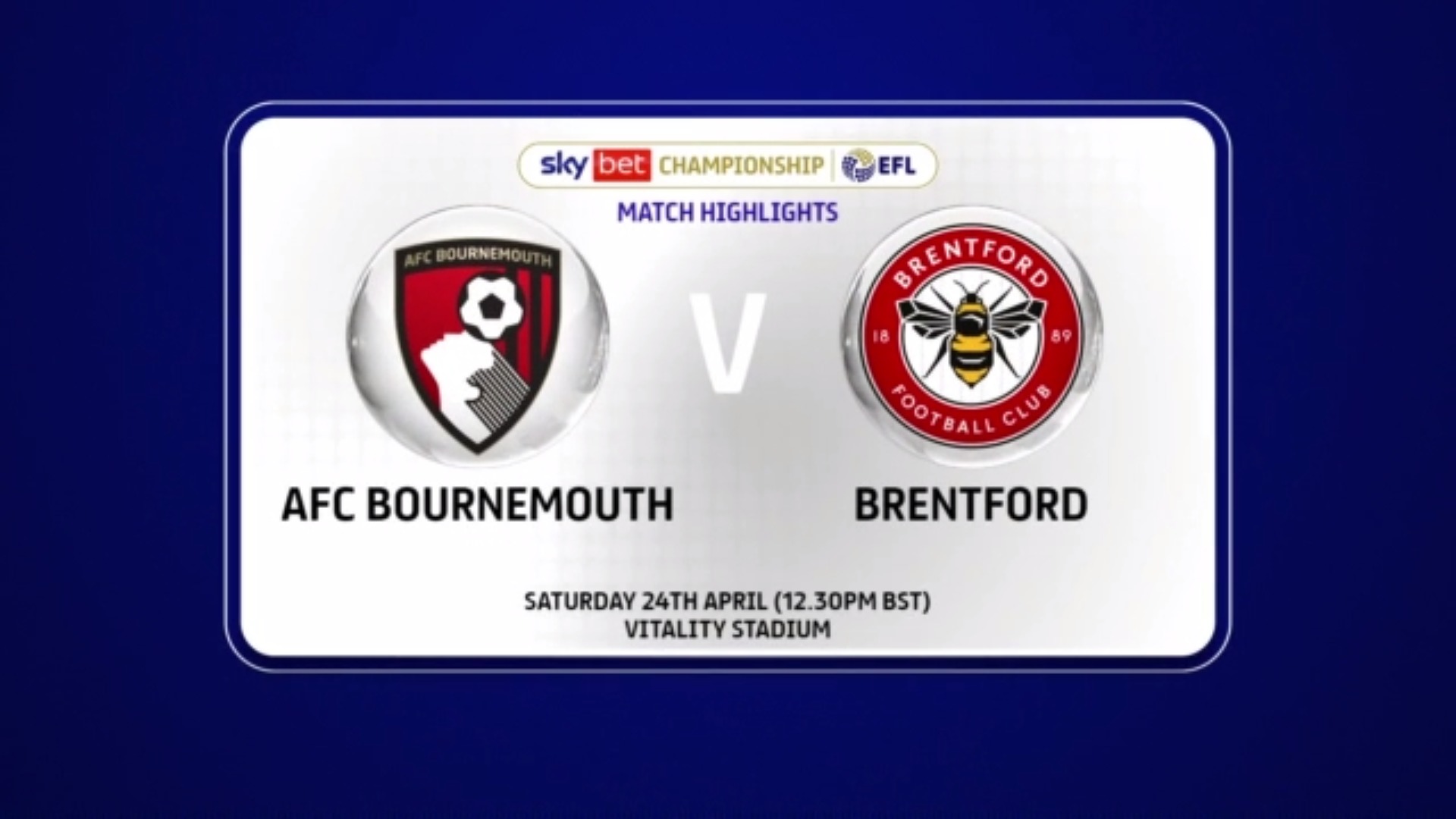 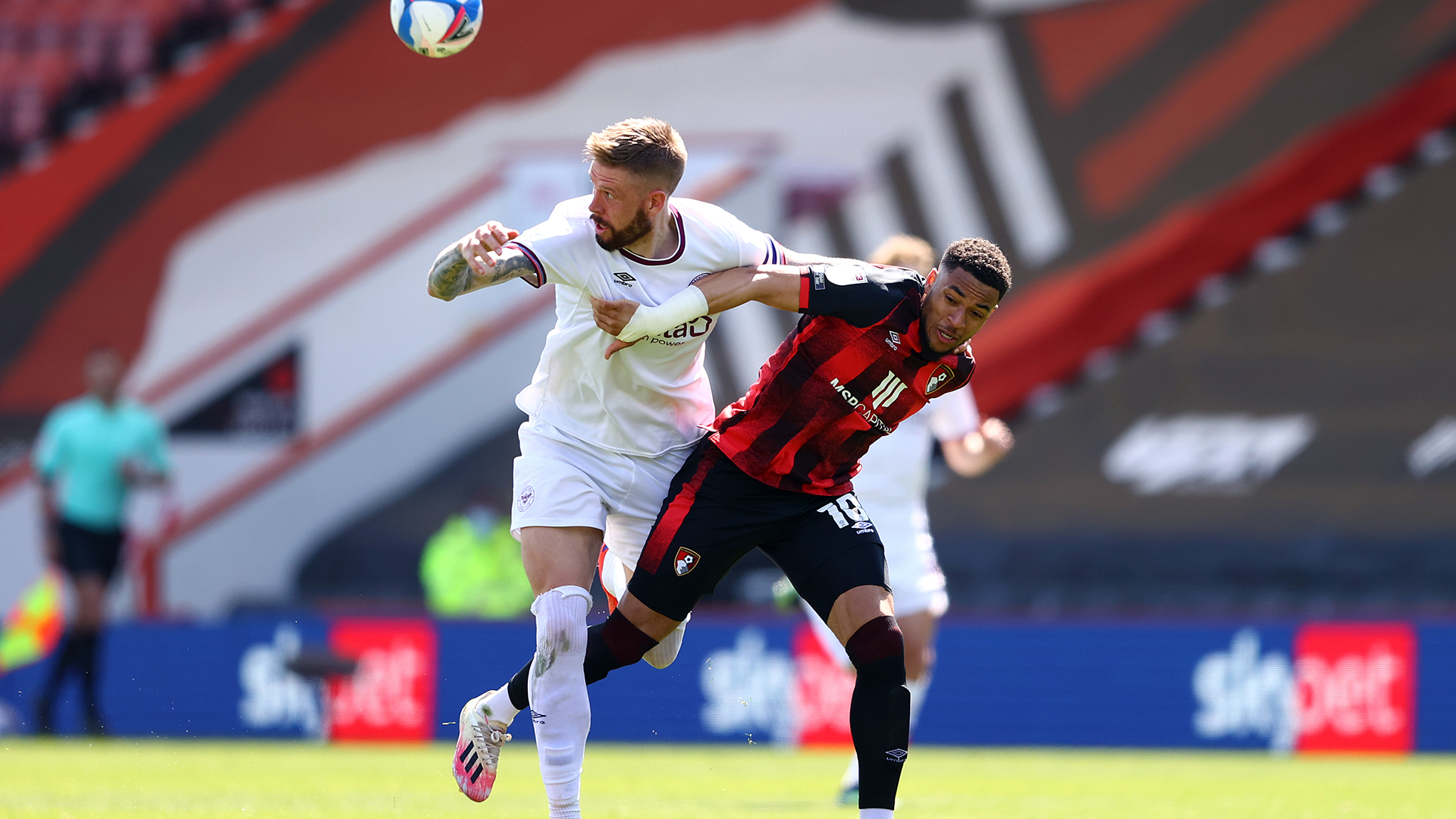